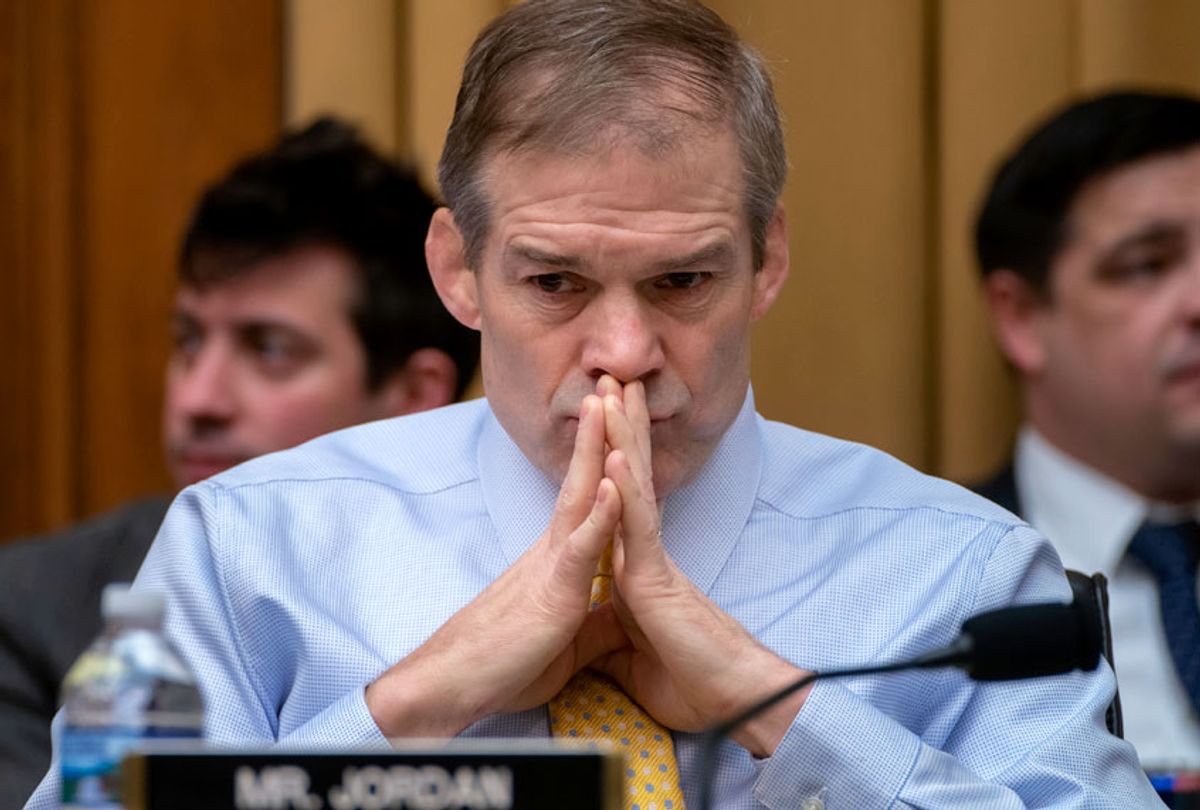 Top Republicans on the House Oversight Committee are not happy that Democrats are investigating allegations of voter suppression in 2018 in three red states.

Rep. Jim Jordan of Ohio, the committee’s ranking member, complained in a letter to committee chair Rep. Elijah Cummings, D-Md., and Rep. Jamie Raskin, D-Md., who heads the subcommittee on civil rights and civil liberties, about their requests for documents related to controversial races in Georgia, Texas and Kansas last year.

“We have serious concerns that your letters appear to be an attempt to insert the Committee into particular state election proceedings, for which we do not see a legitimate legislative purpose,” Jordan said in a letter signed by three other committee Republicans. “By seeking voluminous records relating to election administration of sovereign states, your investigation offends state-federal comity. In fact, the respective states are already working to resolve any issues with their election administration.”

The Republicans also wrote to officials in the three states targeted by Democrats to warn them that the probe did not have “valid legislative purpose.” Texas Attorney General Ken Paxton told Cummings and Raskin in a letter last week that he would not comply with their request.

“The U.S. Congress has the power and obligation to enforce the voting rights of the people as spelled out in the 14th, 15th, 17th, 19th, and 24th Amendments to the U.S. Constitution, a power we have exercised repeatedly in statutes like the Voting Rights Act of 1965 and the Americans with Disabilities Act to shut down state action hostile to democratic participation,” he said in a statement.

Cummings accused Jordan of partisanship and doubled down on his document request.

“It’s disappointing that Rep. Jordan is so opposed to oversight at so many levels. With a Democratic President, there was no allegation too small to investigate, but now that Donald Trump is in the White House, there is apparently no scandal too big to ignore,” Cummings said in a statement to TalkingPointsMemo. “Democrats will do everything in our power to investigate reports of voter suppression, and we expect full compliance with the Committee’s requests.”

The Oversight Committee is investigating a voter purge in Texas that was halted after the state claimed to have identified 95,000 ineligible voters on the rolls even though many were naturalized citizens. A federal judge halted the purge in February, calling it an example of “the power of government to strike fear and anxiety and to intimidate the least powerful among us.”

“We are disturbed by reports that your office has taken steps to remove thousands of eligible American voters from the rolls in Texas and that you have referred many of these Americans for possible criminal prosecution for exercising their right to vote,” Cummings said in a letter.

The committee is also investigating numerous voter suppression allegations in Georgia, where tens of thousands of voter registrations, mostly of African-American residents, were blocked because some of their documents did not exactly match others, while many more were purged over incorrect claims that they had  moved. Those purges were carried out by then-Secretary of State Brian Kemp, who oversaw the gubernatorial election in which he won a narrow victory over Democrat Stacey Abrams.

The committee requested from Kemp “all communications related to any voter roll purges,” as well as “all documents related to your ethical or legal obligations or possible conflicts of interest while simultaneously running for governor and overseeing the state’s elections as Georgia’s secretary of state.”

The committee is also probing voter suppression allegations in Kansas, where officials closed the only polling site in Dodge City, a mostly Hispanic town, and moved it outside the city limits to a location with no access to public transportation.

Raskin said in his statement that if Republicans are not interested in investigating voter suppression, they should get out of the way.

“It would be best if our GOP colleagues joined us in protecting voting rights,” he said, “but at the very least they should stop trying to prevent us from doing our constitutional mandated work.”