Democratic leaders say impeachment is off the table, but progressives appear ready to oust Trump 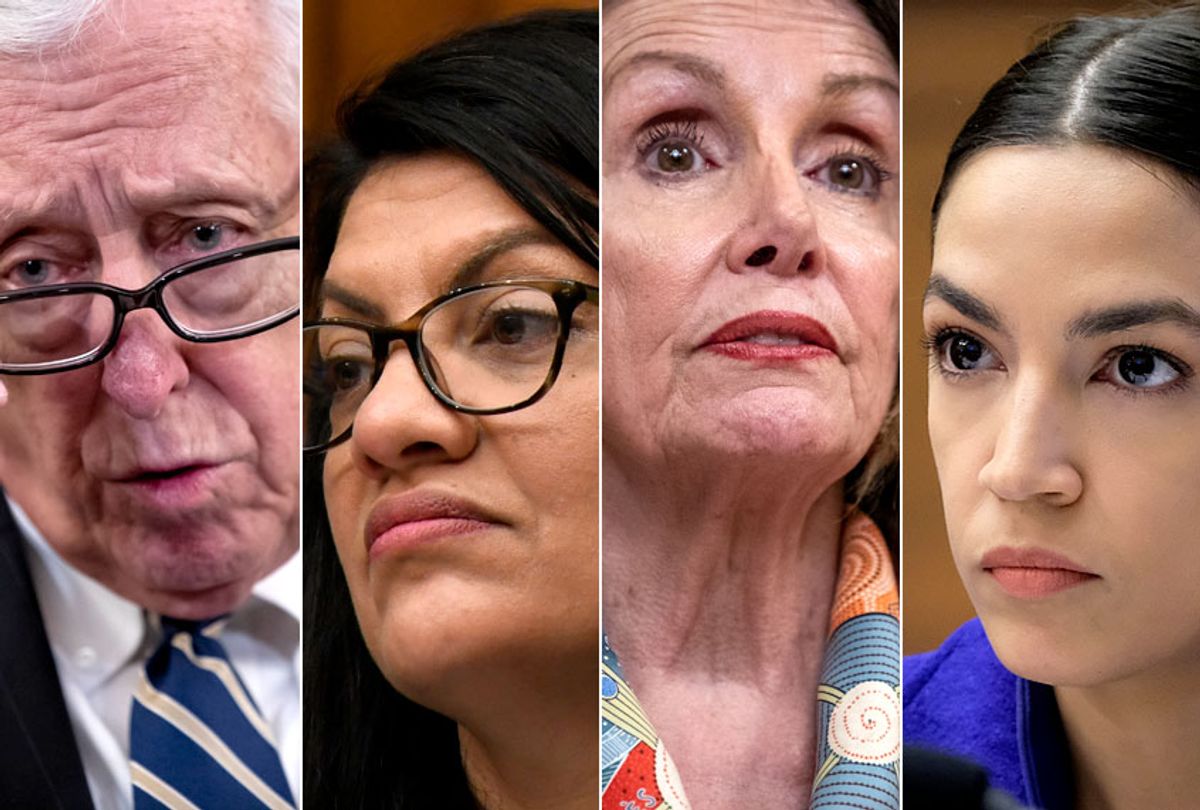 The No. 2 Democrat in the House of Representatives revealed his thoughts Thursday following the Justice Department's release of a redacted version of Mueller's findings in his nearly two-year investigation into allegations of collusion between Trump's campaign and Russia during the 2016 presidential election and whether the president himself had obstructed the inquiry.

"Based on what we have seen to date, going forward on impeachment is not worthwhile at this point," Hoyer told CNN. "Very frankly, there is an election in 18 months, and the American people will make a judgment."

In his report, Mueller did not establish that Trump's campaign colluded with Russia to interfere in the 2016 election. He also stated that he was not able to reach a conclusion on whether Trump had obstructed justice, although he identified ten episodes of possible obstruction by the president — including previously unknown efforts in which he allegedly pushed former aides to undermine the special counsel's investigation.

"The evidence we obtained about the president's actions and intent presents difficult issues that prevent us from conclusively determining that no criminal conduct occurred," the special counsel wrote. "Accordingly, while this report does not conclude that the president committed a crime, it also does not exonerate him."

Attorney General William Barr said Thursday that he and his deputy, Rod Rosenstein, "disagreed with some of the special counsel's legal theories and felt that some of the episodes did not amount to obstruction as a matter of law," although they accepted Mueller's "legal framework."

In recent months, top Democrats have appeared to defer questions about ousting Trump until Mueller's investigation concluded. But even as Mueller on Thursday disclosed at least ten instances in which the president may have obstructed justice — and appear to have met the "high crimes and misdemeanors" that would warrant an attempt to remove the president from office — the party's leadership appears hesitant to talk about impeachment.

In response to Mueller's findings Thursday, House Judiciary Committee Chairman Jerry Nadler, D-N.Y., said impeachment remained "one possibility," but it was "too early to reach those conclusions." Rep. Hakeem Jeffries, D-N.Y., the chairman of the House Democratic Caucus, also said, "Impeachment is still off the table."

House Speaker Nancy Pelosi, D-Calif., effectively took impeachment off the table late month when she said impeaching Trump was "just not worth it."

Pelosi on Thursday said Mueller's report "paints a disturbing picture of a president who has been weaving a web of deceit, lies and improper behavior and acting as if the law doesn't apply to him," but declined to comment on the possibility of impeachment.

"Whatever the issue and challenge that we face, the Congress of the United States will honor its oath of office to protect and defend the constitution of the United States, to protect our democracy," Pelosi said Friday in Belfast when asked about possible impeachment proceedings, Reuters reported. "The legislative branch has a responsibility of oversight of our democracy and we will exercise that."

Meanwhile, the progressive wing of the Democratic Party appears eager to oust the president.

Rep. Rashida Tlaib, D-Mich., made headlines earlier this year when she said the incoming Congress is "gonna impeach the motherf**ker," referring to Trump. After the attorney general released a four-page summary of the special counsel's investigation late last month, she even asked fellow Democrats to support a formal inquiry "into whether President Trump committed impeachable offenses."

In response to Mueller's report Thursday, Tlaib tweeted, "Everything outlined in the #MuellerReport is further proof of what I've been saying for a long time: it's #TimetoImpeach. The first step? The House Judiciary Committee launching an investigation into whether Trump committed impeachable offenses."

She then asked her colleagues to endorse the resolution she introduced last month, which calls on the Judiciary panel to probe whether the president is violating the Constitution.

Fellow freshmen congresswoman Reps. Alexandria Ocasio-Cortez, D-N.Y., and Ilhan Omar, D-Minn., tweeted that they would be signing onto the resolution introduced by Tlaib.