Joe Manchin says he has "buyer's remorse." Doug Jones is "greatly disappointed." It's a little late for that now 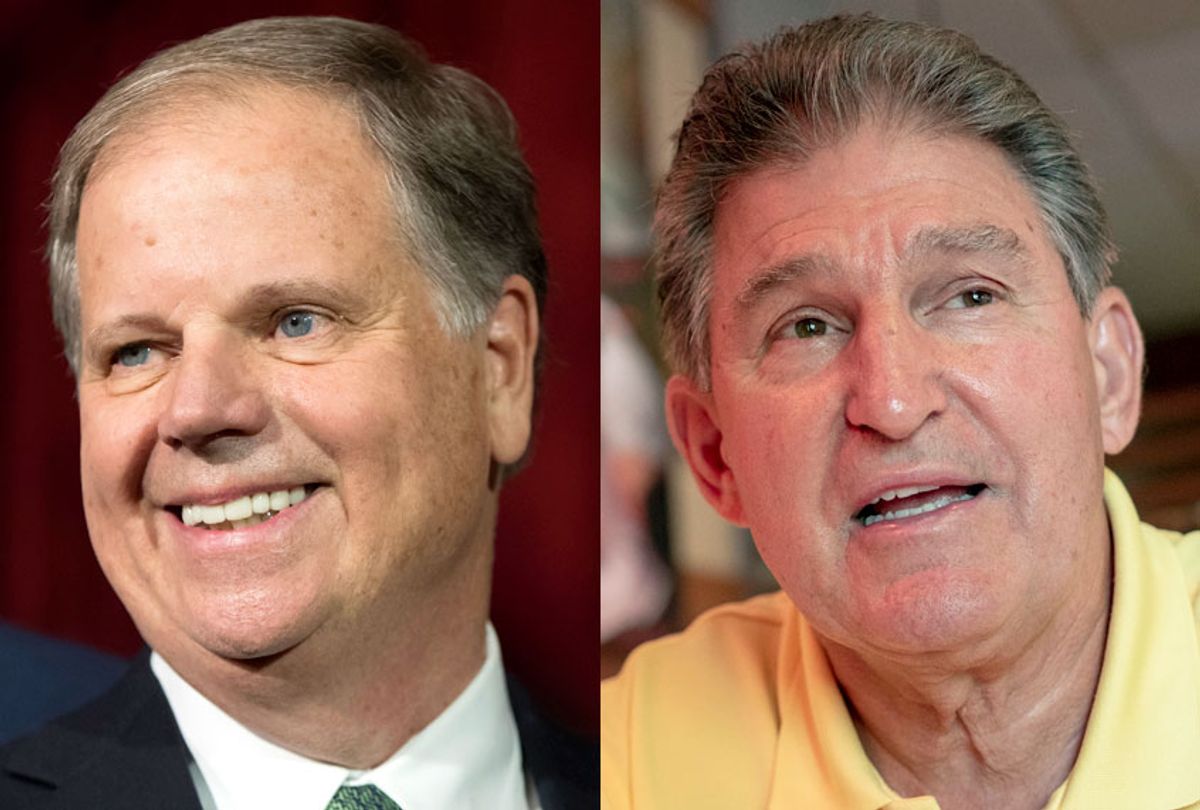 At least two of the three Senate Democrats who voted to confirm William Barr as attorney general told Politico they have serious regrets about their votes.

West Virginia Sen. Joe Manchin was one of few Democratic Barr defenders, even insisting last month that he was “not yet” regretting his vote after the attorney general claimed in a congressional hearing that President Donald Trump’s campaign was the victim of “spying.”

“I’m going to give the man the chance to release that report, let us see everything,” Manchin said three weeks ago.

On Wednesday, Manchin told Politico, “Absolutely, I have buyer’s remorse.”

“It’s troubling, absolutely. The difference between the interpretation between what Mueller really meant and what he intended. And he thought he didn’t present it properly. And Barr said he basically did represent properly,” Manchin told the outlet. “We’ve got to get that cleared up. And I would encourage my friend Lindsey Graham to bring Mueller in as quickly as possible.”

Graham said Wednesday he has no plans to call for Mueller to testify. “I'm not going to do any more. Enough already. It's over,” he said.

Alabama Sen. Doug Jones, perhaps the most vulnerable Democrat facing re-election next year after his surprise 2017 victory in deep-red Alabama over disgraced former judge Roy Moore (who might run again!), also said he had serious regrets about his vote to confirm Barr.

Jones told Politico he is “greatly, greatly disappointed in what I am seeing in the attorney general.”

“I also thought he would bring this institutional stability to the Department of Justice — and not be the president’s personal lawyer. And he seems like he is moving and has moved toward a less independent role,” Jones said. “That bothers me for the 12 remaining investigations out there.”

Sen. Kyrsten Sinema of Arizona, who was narrowly elected last fall to the seat abandoned by Republican Sen. Jeff Flake, was the only other Democrat to vote for Barr. According to Politico, Sinema has requested a meeting with the attorney general to discuss “discrepancies” between his conclusions on special counsel Robert Mueller’s investigation and the contents of the actual Mueller report.

On Wednesday, the Justice Department released a letter from Mueller criticizing Barr’s summary of his report and urging him to release the executive summaries contained within the report itself.

"The summary letter the Department sent to Congress and released to the public late in the afternoon of March 24 did not fully capture the context, nature, and substance of this Office's work and conclusions," Mueller’s letter said. "There is now public confusion about critical aspects of the results of our investigation. This threatens to undermine a central purpose for which the Department appointed the Special Counsel: to assure full public confidence in the outcome of the investigations."

Barr dismissed the letter as “snitty” and claimed it was likely written by a staff member and not Mueller himself. But Barr’s problems are deeper than the tone of the letter.

On Thursday, House Speaker Nancy Pelosi accused Barr of committing a “crime” by lying to Congress.

In another exchange a day earlier, Barr made a similar claim to Rep. Charlie Crist, D-Fla.

“Reports have emerged that Mueller's team is frustrated with your letter. Do you know what they're referencing?” Crist asked.