"It is time to break up Facebook," co-founder Chris Hughes declares 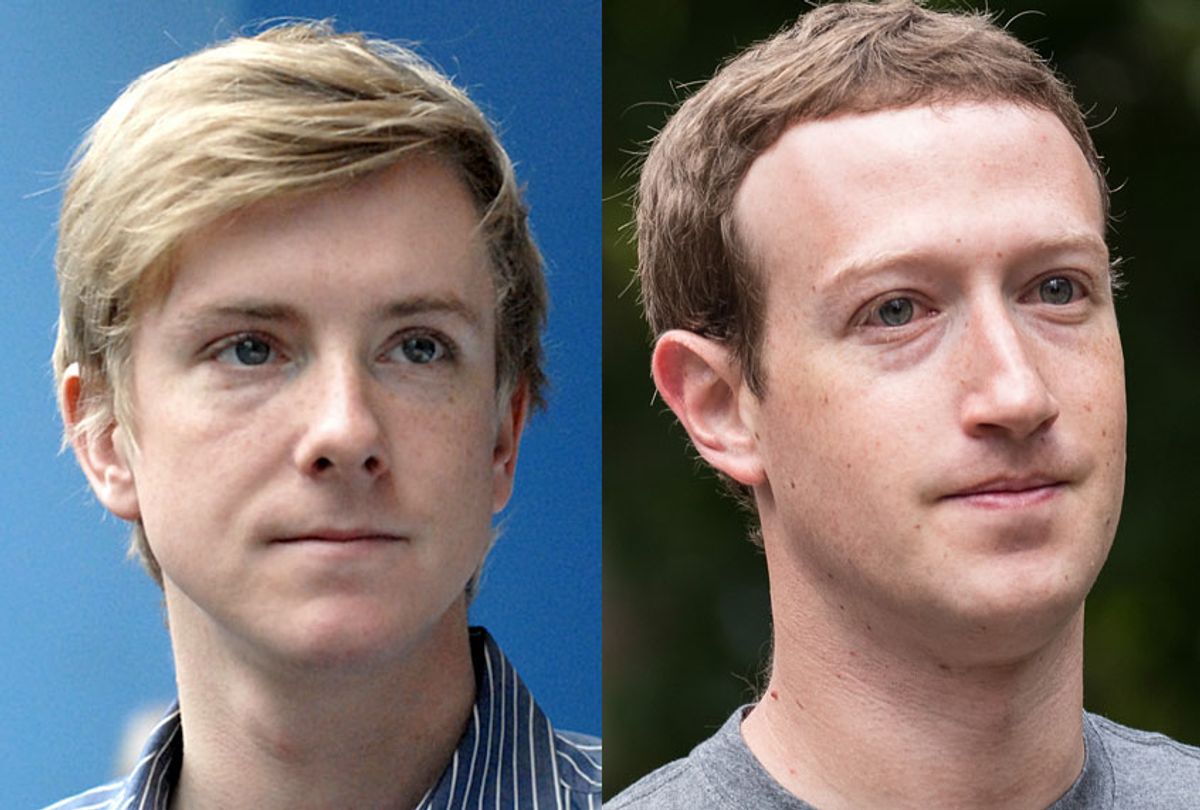 Chris Hughes, a co-founder of Facebook, published an editorial in the New York Times on Thursday arguing that the Internet giant he helped create needs to be broken up.

"[Facebook CEO Mark Zuckerberg's] influence is staggering, far beyond that of anyone else in the private sector or in government," Hughes wrote. "He controls three core communications platforms — Facebook, Instagram and WhatsApp — that billions of people use every day. Facebook’s board works more like an advisory committee than an overseer, because Mark controls around 60 percent of voting shares. Mark alone can decide how to configure Facebook’s algorithms to determine what people see in their News Feeds, what privacy settings they can use and even which messages get delivered. He sets the rules for how to distinguish violent and incendiary speech from the merely offensive, and he can choose to shut down a competitor by acquiring, blocking or copying it."

After defending Zuckerberg as a "good, kind person," Hughes insisted that "we are a nation with a tradition of reining in monopolies, no matter how well intentioned the leaders of these companies may be. Mark’s power is unprecedented and un-American."

He concluded, "It is time to break up Facebook."

To explain his philosophical justification for breaking up Facebook, Hughes included a quote from Sen. John Sherman, R-Ohio, as he pushed for the passage of the Sherman Antitrust Act in 1890:

Hughes' main concerns about Facebook, as mentioned in the editorial, are: it is so large and powerful that it dominates its competition (or potential competition); it has not behaved responsibly in curating extreme political movements, which use its platform to promote their causes; and it has been irresponsible in handling the private data of its users.

When speaking to Salon in February about a possible antitrust case against Facebook, Georgetown University professor Mark MacCarthy expressed pessimism.

"I’m not sure the prospects are really very attractive for people who are worried about the tech-platforms power," MacCarthy told Salon. "At least, in terms of traditional antitrust review, that many of the concerns that have been raised about the big technology companies say that is precisely that they’re big, that they’ve large market shares —  so they have a lot of information or whatever."

He added, "Under the antitrust laws, it’s not a violation to be large, to be successful and to have sort of want a competition in the market place providing you have engaged in anticompetitive conduct, either to obtain or to maintain that dominant position, so that the real question is: What’s the conduct that it so much to be a problem? That I think is the only way you’d have to focus."

Eleanor Fox, a professor of trade regulation at New York University Law School, told Salon that part of the problem was that American laws on trade regulation are different from those of more progressive regions of the world, such as Europe.

"This is a complicated question, and the answer might be different than United States and European Union," Fox explained. She noted that "the European Union is much more sympathetic to actions for abuse of dominance. In their Google case — in their Google shopping case particularly — they find that it is an offense for Google, because it has so much power and is, in their view, dominant. It is an offense for Google to be discriminating in favor of its own. Basically, that's what it's doing when it changes the algorithm on you — it's changing the algorithm on everybody except itself. It's profiting by the change, and it has the control of life or death over everybody who was on its platform."