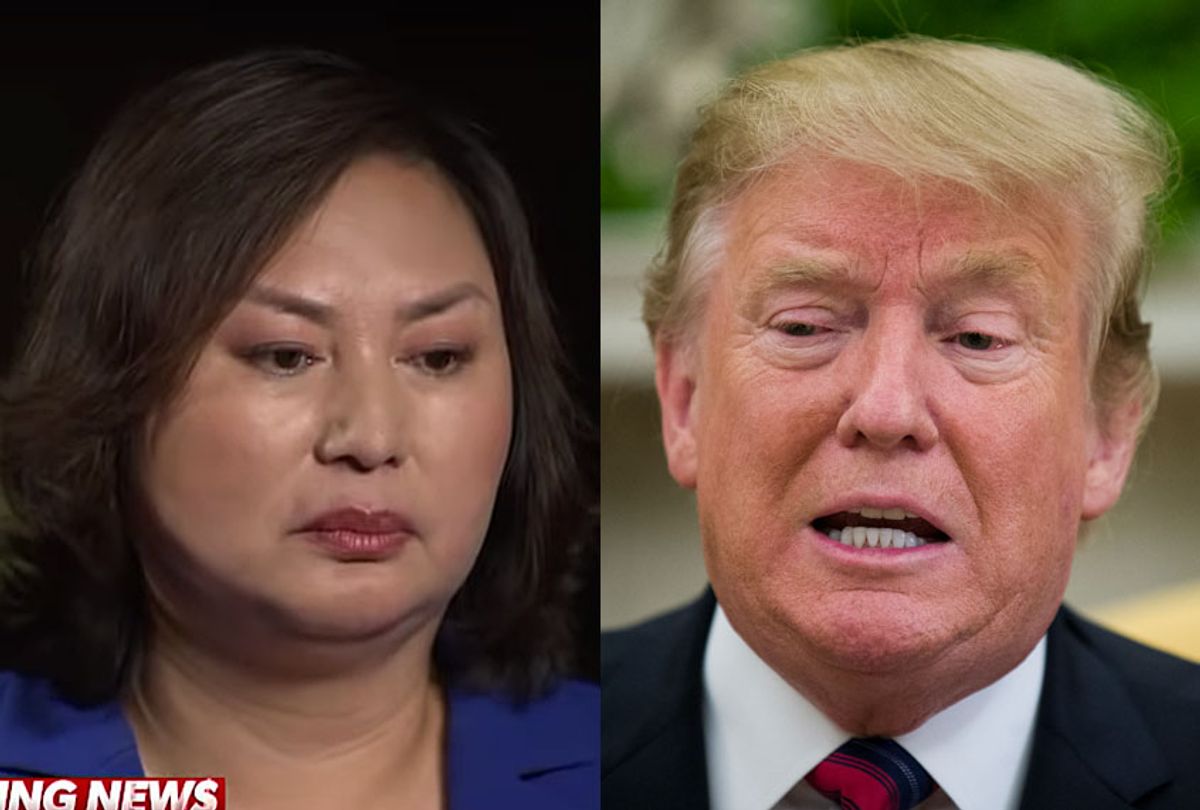 The FBI obtained a grand jury subpoena Tuesday for records from Bing Bing Peranio, one of Yang’s employees, who donated $5,400 to Trump’s re-election campaign. Peranio told the New York Times in March that Yang came to her job and helped her write the check. FBI agents are investigating whether Yang reimbursed Peranio for the contribution and where that money came from.

The FBI is seeking records from Peranio related to Yang, her husband, her businesses, the Trump campaign and the Republican National Committee.

Peraino told the Herald that she was not the only one who donated to the campaign.

“It’s not just me,” she said. “I don’t know why I always get it.” When asked if Yang reimbursed her, she claimed she could not hear the question and hung up.

Yang, a naturalized U.S. citizen and a member of Trump’s Mar-a-Lago resort, is accused of selling access to Trump and his family to Chinese businessmen. The FBI is investigating whether foreign money was then used to buy tickets to political events, which would constitute illegal foreign donations. It is also illegal to reimburse someone for a political contribution without disclosing the original source of the money.

The campaign finance probe comes after the FBI and the U.S. attorney’s office in Miami opened a probe into whether Chinese intelligence operatives were targeting Trump and Mar-a-Lago. The Herald reported that investigation began even before Yang was seen in photos with Trump and before a Chinese woman was arrested trying to sneak into Mar-a-Lago with a trove of electronic devices.

The Times previously reported that nine of Yang’s family members, including Peranio, all made maximum $5,400 donations to Trump’s re-election committee prior to her photo with the president.

That photo was later featured on a website for Yang’s consulting company, offering Chinese executives “a chance to interact with the president.”

Yang, who founded the massage parlor where New England Patriots owner Bob Kraft was arrested for soliciting prostitution, and her relatives have donated more than $42,000 to Trump’s Victory PAC and more than $16,000 to the Trump campaign, the Herald reported earlier this year.

The reports of Chinese influence operations come amid tense trade negotiations between that nation and the Trump administration.

On Friday, Trump raised tariffs from 10 percent to 25 percent on $200 billion worth of Chinese goods and threatened to impose new 25 percent tariffs on an additional $325 billion of Chinese exports, all of which would be paid by American consumers through higher costs. China has vowed to retaliate, which would further hurt American farmers and businesses.