Michael Wolff's new book claims Mueller sat on Trump indictment for a year, and argued president could be charged 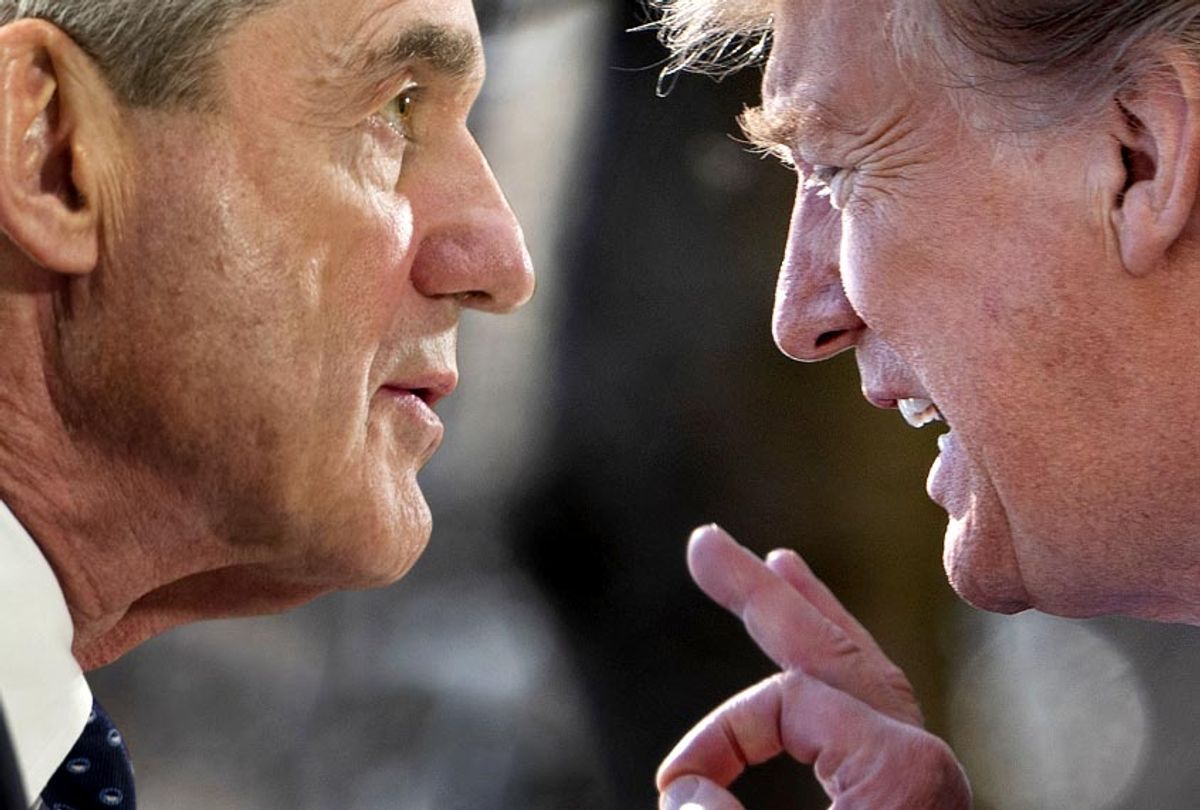 Wolff, the author of the controversial book “Fire and Fury: Inside the Trump White House,” claims in his new book “Siege: Trump Under Fire” that Mueller sat on a three-count obstruction of justice indictment against Trump for nearly a year before ultimately deciding against moving forward with it, according to a report in the Guardian.

Wolff writes that the claim is “based on internal documents given to me by sources close to the Office of the Special Counsel.”

Peter Carr, a spokesman for Mueller’s team, told the Guardian that the documents Wolff described in his book “do not exist.”

The document, which was reviewed by the Guardian, charged the president with “corruptly — or by threats of force or threatening communication — influencing, obstructing or impeding a pending proceeding before a department or agency of the United States.”

According to Wolff, the indictment detailed the “extraordinary lengths” Trump went to to “protect himself from legal scrutiny and accountability, and to undermine the official panels investigating his actions.”

According to the book, the indictment examines attempts to obstruct justice beginning on “the seventh day of his administration, tracing the line of obstruction from National Security Advisor Michael Flynn’s lies to the FBI about his contacts with Russian representative[s], to the president’s efforts to have [FBI director] James Comey protect Flynn, to Comey’s firing, to the president’s efforts to interfere with the special counsel’s investigation, to his attempt to cover up his son and son-in-law’s meeting with Russian governmental agents, to his moves to interfere with Deputy Director of the FBI Andrew McCabe’s testimony.”

According to the draft memo quoted by Wolff, Mueller’s team argued that no law says a president cannot be indicted or should be afforded different status than any other federal official under the law.

“The Impeachment Judgment Clause, which applies equally to all civil officers including the president … takes for granted … that an officer may be subject to indictment and prosecution before impeachment. If it did not, the clause would be creating, for civil officers, precisely the immunity the Framers rejected,” says the document quoted by Wolff.

Mueller “endured tortured deliberations” over whether to charge the president but ultimately decided against it, Wolff wrote.

Mueller concluded that “the truth of the matter was straightforward: that while the president had the support of the majority party, he had the winning hand,” Wolff wrote. “Robert Mueller, the stoic marine, had revealed himself over the course of the nearly two-year investigation to his colleagues and staff to be quite a Hamlet figure. Or, less dramatically, a cautious and indecisive bureaucrat.”

Instead, Mueller’s team turned over evidence that led to as many as 13 other investigations into Trump allies like Michael Cohen, American Media chief executive David Pecker and Trump Organization chief financial officer Allen Weisselberg, all of whom agreed to cooperate with investigators.

Speaking about one of the deals, Wolff wrote that Trump remarked, “The Jews always flip.”