Russia's ability to manipulate Twitter? It's far worse than we previously thought 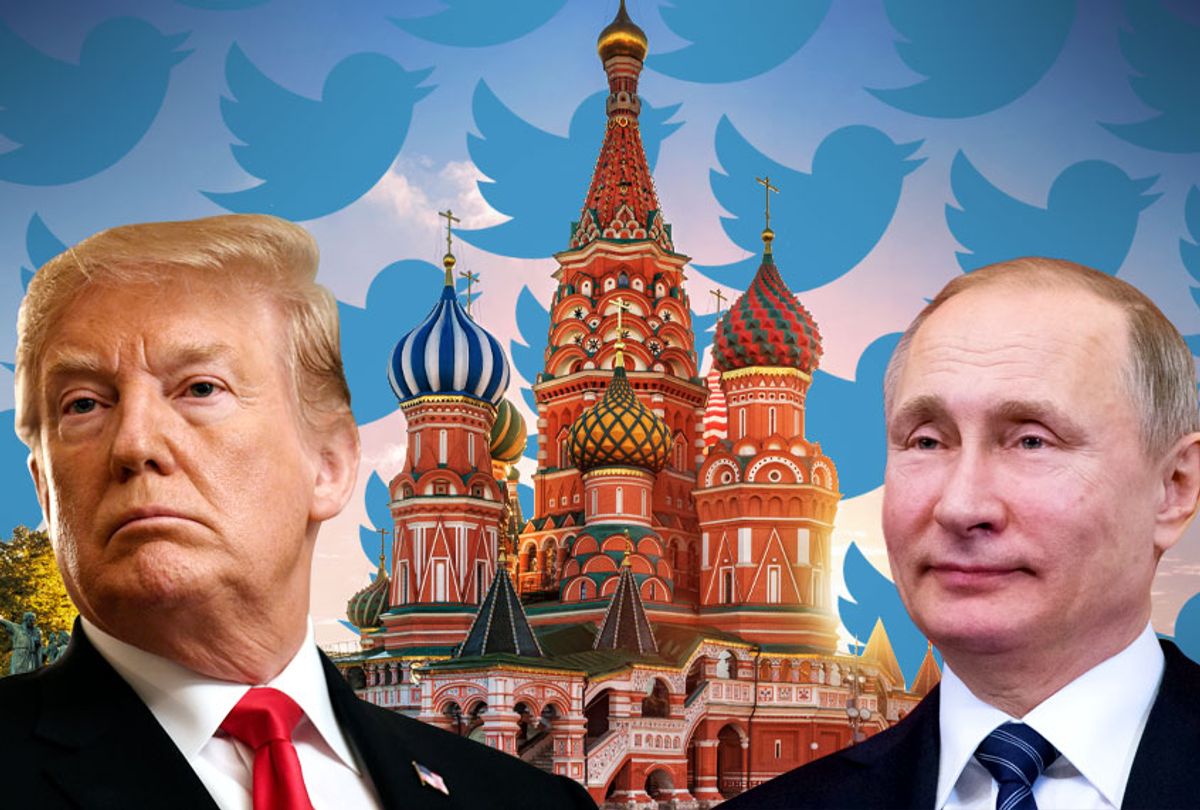 A new report reveals that Russia's ability to manipulate Twitter before and during the 2016 presidential election is far worse than previously thought.

The cybersecurity firm Symantec offered that sobering conclusion in a report published Wednesday. It found that the Russian troll farm known as the Internet Research Agency began sowing the seeds of its disinformation and political divisiveness campaign long before the 2016 presidential election before kicking it into full effect during the campaign.

The key findings of the report included that "the operation was carefully planned, with accounts often registered months before they were used — and well in advance of the 2016 U.S. presidential election." It also learned that the IRS had a "core group of main accounts," which were utilized to manufacture original content for exacerbating divisiveness among both liberals and conservatives, targeting "the most disaffected elements of both camps." This content included but was not limited to "'fake news' outlets." A much larger pool of auxiliary accounts was used to amplify messages pushed out by the main accounts," which instead of posing as political organizations or regional news outlets, pretended to be ordinary individuals.

"Most accounts were primarily automated, but they would frequently show signs of manual intervention, such as posting original content or slightly changing the wording of reposted contented, presumably in an attempt to make them appear more authentic and reduce the risk of their deletion," Symantec said in its report. "Fake news accounts were set up to monitor blog activity and automatically push new blog posts to Twitter. Auxiliary accounts were configured to retweet content pushed out by the main accounts."

The company also wrote that "while this propaganda campaign has often been referred to as the work of trolls, the release of the dataset makes it obvious that it was far more than that. It was planned months in advance and the operators had the resources to create and manage a vast disinformation network."

"[Vladimir] Lenin and his comrades created the Communist International. I do think Putin is leading something akin to an Illiberal International, not only in our country, but trying to find like-minded individuals, and movements and parties first and foremost, in Europe, in the United States and he's investing in those relationships," McFaul told Salon.

He later added, that if Putin succeeds in his goals, "the consequence, I think, is the end of the liberal international order. If he succeeds, that's what he's aiming to do. The breakup of states as you have in the UK, the breakup of alliances and NATO, the breakup of the European Union, those are all things that Putin thinks are in his national interest. Tragically, he had some wins lately."

He concluded that Putin's ultimate goal is "to weaken the West, and then after if everything worked out the way he liked – that we are just a collection of nation states – he will then forge bilateral relationships with Germany, with the UK, with United States, and with China. Which is to say that I think he's sober enough about Russia's potential in the next couple of decades to understand that in that world China would be first among equals. Key to his concept is that there would be several equals. It would become a multipolar world as opposed to a unipolar or bipolar world dominated by the United States and China."