The end of "Jessica Jones": Better to burn out than fade away 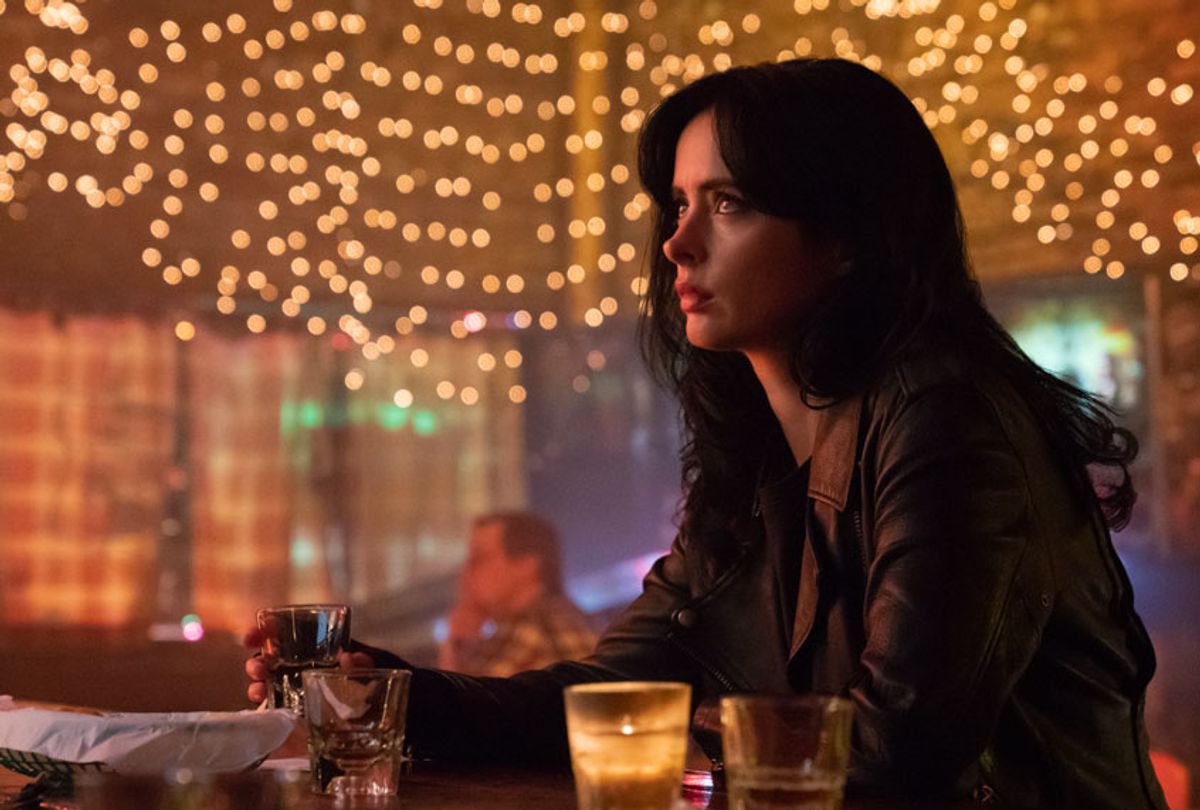 "Marvel’s Jessica Jones” drops its third and final season on Friday, and that means the proverbial last man standing in Netflix’s Marvel Universe is a woman.

In a way, that’s fitting; out of all the series in the streaming service’s “Defenders” universe, including “Daredevil,” “Luke Cage” and “Iron Fist,” the debut season of  “Jessica Jones” delivered the most surprises. Creator Melissa Rosenberg designed the character to be different from other superheroes by forgoing the classic origin story to instead reflect the familiar, common struggles women face as they formulate their identities. Jessica, played by a perfectly cast Krysten Ritter, is a no-nonsense hard-drinking detective whose leather motorcycle jacket and boots are psychological armor as well as a style statement. And Rosenberg builds the introductory steps of Season 1’s staircase to resemble a noir mystery.

Soon enough, the story transforms into a complex tale about violation, survival and living with the effects of trauma , one that leads to Jessica eventually confronting her very real demon, a mind-controlling villain named Kilgrave (David Tennant). By the time the viewer gets to that point he or she may have forgotten that "Jessica Jones" is a superhero fable. Hence the widely successful sell of season 1: Those of us who wanted to get people in the lives who are averse to tights and flights to watch this show could honestly say that “Jessica Jones” is a comic book series that doesn’t feel anything like a comic book series.

For the very reasons I just mentioned, however, subsequent seasons didn’t land as successfully. I still argue that Season 2 built upon Rosenberg’s vision of “Jessica Jones” by exploring another aspect of womanhood, albeit one that is more personal. By this I'm referring to the formative influence mothers have on women's psyches, either directly or in absentia. And while Jessica's tortured attempts to re-establish a relationship with the emotionally volatile mother (Janet McTeer) she believed to be dead could be moving at times, Season 2 also had genre elements to service.  This is where the series stumbles — not as badly, I’d still argue, as others “Defenders” titles do.

But we tend to be hardest on the ones we love most. By opening “Jessica Jones” with an extraordinary arc doubling as a survivor’s metaphor, co-starring one of the creepiest villains of that season, Rosenberg and her writers set a bar so high as to almost a guarantee that season 2 couldn’t top it.

As passionately as I’d still defend that season’s emotional mission of making a woman’s origin story parallel to that of a superhero — revealing that a scrawny girl who barely survives a car accident eventually manifests extreme strength by way of good old scientific experimentation, the same chemicals that make her mother even stronger and crazed — the critiques about that narrative's substandard genre elements are valid. Besides, on a very basic level, a scientist with a god complex can’t match the creepy malevolence of Tennant's Kilgrave.

The third season of “Jessica Jones” by necessity challenges the writers to pay off one of the weakest subplots in the second season while steering the series to a decent ending. By that I mean the fraught friendship between Jessica and best friend Trish Walker (Rachael Taylor), whose envy sends her into a relapse from which she emerges in this new season as a righteous, self-centered crusader.

Running beside this plot is a villain so basic that he at times seems unworthy of Jessica and Trish but, naturally, he probably isn’t the ultimate big bad. (Netflix only made eight of the final season’s 13 episodes available for critics, but echoes of the “Buffy the Vampire Slayer” sixth season are baked into these chapters, which could end up being a blessing or predictable enough to be the finale season's downfall.)

To emerge from the other side of watching these episodes lacking certainty about how to feel is in itself disappointing. Even with its grungiest flaws, Season 2 bought enough rope by its fifth hour to make a case for defending the parts that were effective and moving. And while I wouldn’t tell “Jessica Jones” fans not to make time to see how the story ends, I can’t necessarily guarantee that the answer will please them.

Nevertheless, I will miss Miss Jones and watching Ritter’s snarky portrayal of her swagger, just as I’ll miss Carrie-Ann Moss’ steely Jeryn Hogarth, and Eka Darville's reliable Malcolm, a man taking a hard look at his own moral compass in these closing episode. I’ll miss the way "Jessica Jones" ruminates upon what it means to be a woman with power — the reluctance to claim it, the fear and resistance she experiences when she wields it, and the trade-offs she makes for embracing it.

Regardless of whatever average meta-rating or common evaluation that this season ends up with, I hope people ultimately remember that the eponymous heroine of “Jessica Jones” powered through a trajectory that fittingly reflecting a hero’s fate: she burned brightly out of the gate.  Regardless of the narrative trip-ups that may have encumbered her journey, Jessica Jones herself never stopped swinging.