Trump's 2020 campaign strategy is familiar: Troll the libs! It might work on Biden

Trolling is about the only tactic Trump and the Republicans have left. Unfortunately, Joe Biden is vulnerable 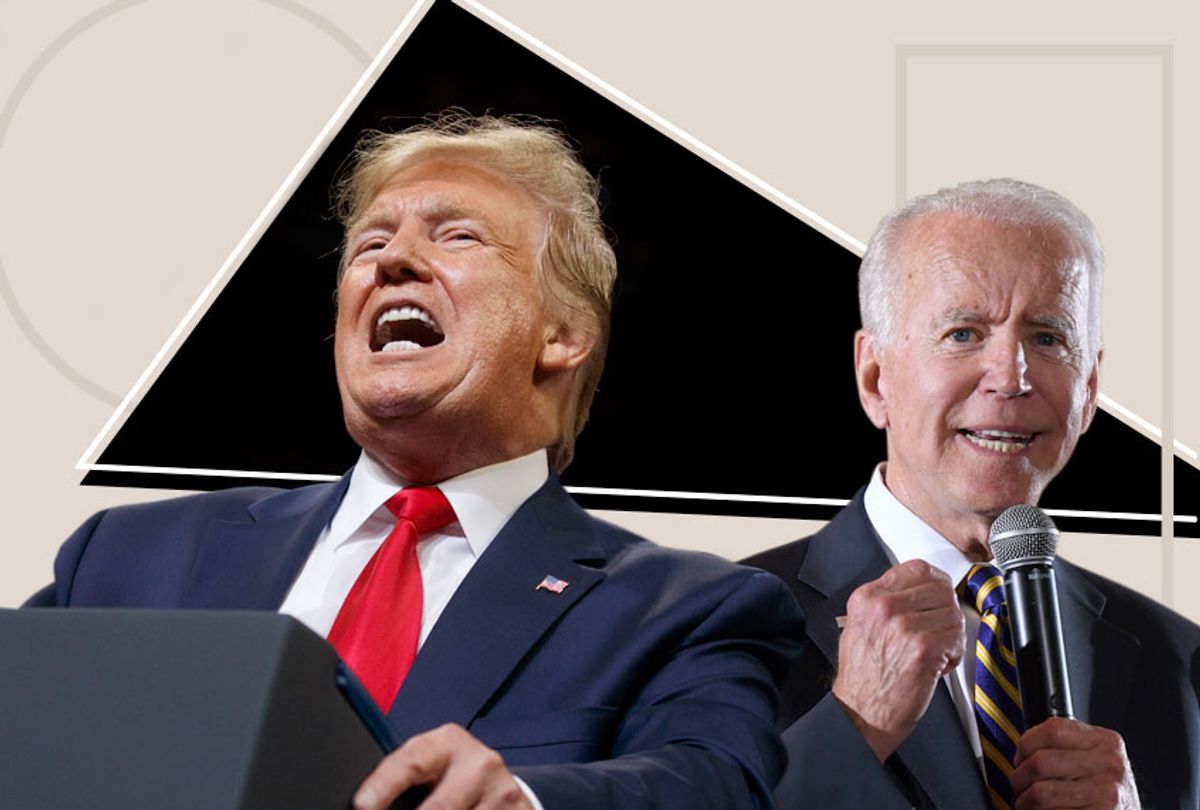 Late on Tuesday, I got an email from an unusual source. A reporter for the conservative publication the Washington Examiner asked if I'd be interested in sharing thoughts on Joe Biden's history of joking "about 'locking up your daughters'" and on "Biden's view of women and gender relations." This was in light of my previous criticisms of Biden's apparent condescension towards girls and women, and his pockmarked history on gender relations in general.

The request was polite and solicitous, but I declined comment anyway. It's highly unlikely that the Examiner story was being driven out of a genuine concern for the wellbeing of girls and women, since the publication is largely supportive of Donald Trump, a misogynist in both his personal conduct and in his policies.

Instead, this is another sign that suggests that, as in 2016, the principal Republican strategy in 2020 will be trolling. Trolling 2.0 for 2020 will have two components: First, stoke right-wing anger by claiming that liberals oppress patriotic Americans with "political correctness." Second, use "gotcha" trolling to paint the Democratic nominee (whoever that is) and their supporters as hypocrites, with the dual goal of feeding right-wing resentment and driving down Democratic voter turnout.

On the first front, Trump's "campaign kickoff" rally on Tuesday in Orlando illustrated neatly why the troll-the-liberals strategy will be the main — and pretty much only — campaign strategy for Trump and his supporters going into the next election.

What was evident from Trump's speech was that he doesn't have a single positive argument for himself. The supposed policy successes he laid claim to were pretty much all lies. More to the point, the audience was bored by the policy talk and tuned it out. They only came alive when Trump focused on his real argument: Vote for me to stick it to the liberals.

All the audience chants were focused on how much the crowd hated liberals, journalists, immigrants and other members of the lengthy right-wing enemies list. The crowd was most riled up when booing such people and their favorite chants were "CNN sucks!" and "Lock her up!" Hillary Clinton isn't even running for anything ever again, but she's such a favorite hate object that Trump spent a good chunk of the speech demonizing her. The crowd was far more excited about that than, say, his opinions on tariffs — a bad idea they don't understand.

This over-the-top hatred of liberals on the right is no doubt why so many Democrats currently think that Biden, the centrist former vice president with a fondness for good-ol'-boy politics, is more "electable," on the grounds that he might not provoke the kind of loathing Trump supporters have for more progressive (or more female) Democrats.

But what those Democrats fail to understand is that Biden is highly vulnerable to an even more toxic kind of right-wing trolling, the kind that both stokes right-wing hatred and demoralizes and demobilizes the left: Accusations of hypocrisy.

As I've argued before, Biden's gaffe-prone behavior and his reactionary impulses on a wide range of issues, make him uniquely vulnerable to "gotcha" trolling. That's where conservatives attack a Democratic politician sorta-kinda from the left, accusing them of racism or sexism or anti-Semitism.

That's why the Washington Examiner and other conservative publications are so keen on running stories about Biden being sexist or racially insensitive. For conservative audiences, such stories read as, "How dare those Democrats tell me to be 'politically correct' when they're just as bad?!"

But those stories will also reach liberal audiences, causing them to feel demoralized and less excited to vote, give money or volunteer for campaigns. It's a brilliant strategy, frankly, in that it simultaneously energizes right-wing resentment while stifling progressive hopes.

There's every reason to think that Biden will be undermined by this strategy going into the November 2020 election, if Democrats are foolish enough to nominate him. He has been relatively cloistered from the press compared to the other candidates, yet he can't seem to go a week without saying or doing something that feeds into this "hypocrisy" narrative.

The same night Trump was leading chants of "Lock her up!", Biden was sucking his foot again at a fundraiser in the ritzy Carlyle Hotel on the Upper East Side of Manhattan. Not only did he reassure his wealthy supporters that "nothing would fundamentally change" in an economy marred by massive wealth inequality if he was elected president, he then went on to brag about his good relationship with old-time Southern segregationists.

“He never called me ‘boy,’ he always called me ‘son,'" Biden said, getting sentimental about his relationship with Sen. James O. Eastland, a notorious white supremacist who called black people "an inferior race" and objected to desegregation on the grounds that it would allow "mongrelization."

Nor was Biden's relationship with Eastland purely one of an agree-to-disagree collegiality. As CNN has reported, Eastland was one of the pro-segregation Democratic senators Biden reached out to in the 1970s, seeking their help in his efforts to end busing programs aimed at school integration.

Whenever progressive journalists like myself point out that this is a problem for the former veep, we get scolded by readers who argue that we should censor our criticisms in the name of Democratic unity. Even setting aside the wrongheaded assumption that journalists are here to shill for a party rather than to report and analyze the facts as we see them, this complaint is missing the point.

Even if every single progressive journalist and social media figure chose to silence all criticisms of Biden, I guarantee these stories will come out. Mainstream media will report them, as evidenced by the New York Times and Washington Post coverage. But so will conservative media — in fact, conservative media will hype them with evident delight. The Washington Examiner, Hot Air, National Review and other major right-wing publications have already flogged this story about Biden's affection for segregationists.

The appeal for conservative voters should be obvious: Sick of being scolded for their own racism in supporting Trump, they will eagerly embrace any opportunity to turn the tables and accuse Democrats of being the "real" racists. But this story — which, again, is coming out whether progressive journalists discuss it or not — is also exactly the kind of thing likely to demoralize potential supporters if Biden becomes the nominee. It creates both a justification for those who want to vote for Trump and a powerful disincentive for those who want to vote for the Democrat.

To be sure, conservatives will troll any Democratic candidate in this way, and every possible nominee will have his or her weaknesses exploited. That's politics these days. But Biden is uniquely vulnerable to these attacks, since his reaction to concerns about racism and sexism is generally to double down and say more insensitive things even more often. The most reasonable solution for Democrats would be to nominate someone who isn't quite as easy to troll in this way. That category includes every other candidate currently polling above 1% and, for that matter, most of those below that as well.