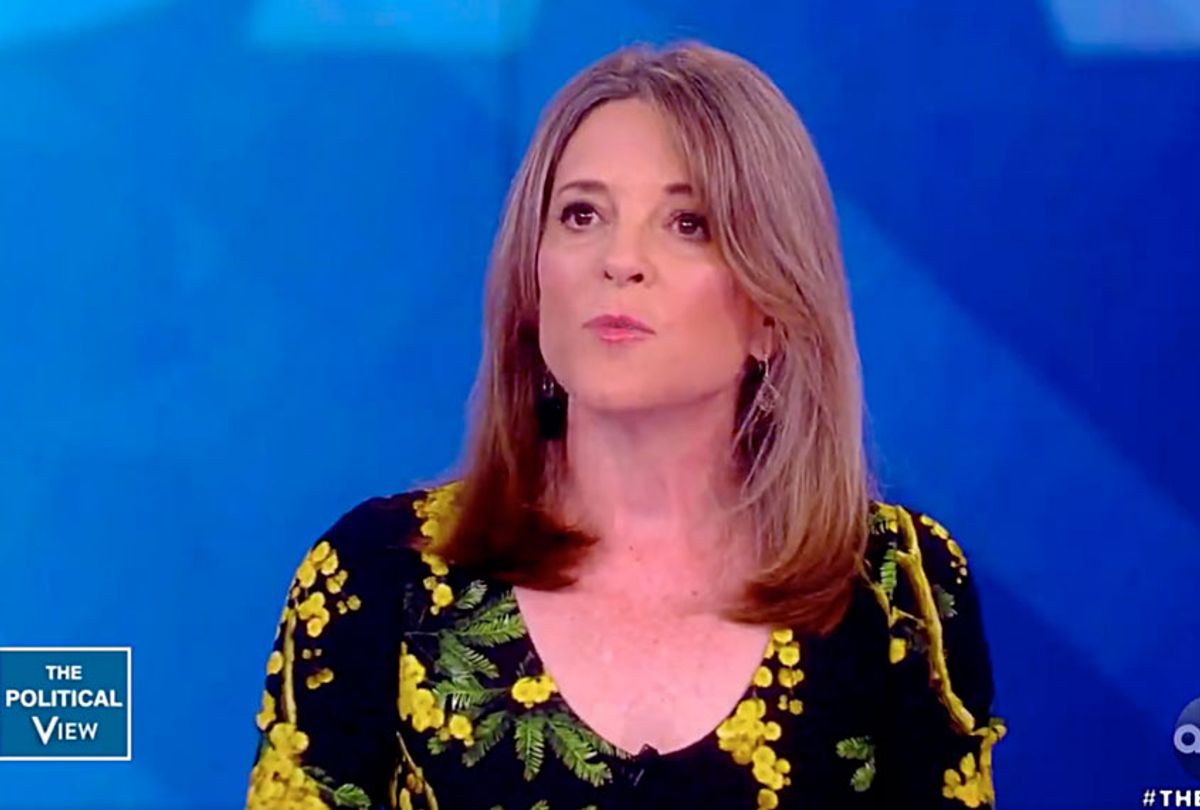 Marianne Williamson, the author and activist who is running for president as a Democrat in 2020, is backpedaling on recent comments she made that critics interpreted as anti-vaxxer.

"You’re talking a lot about children of America, the children, how much you care about children," Meghan McCain, a co-host of "The View," told Williamson. "You also just came out as the anti-vaxxer candidate... You think mandatory vaccines, calling a mandate on them would be 'draconian' and 'Orwellian.' So what do you say to children and the parents of children who are going through chemotherapy and would be exposed to measles without that? And to all of the people suffering out there because of the measles outbreak?"

Williamson, who had interjected during McCain's question to object to being characterized as an anti-vaxxer candidate, responded by saying that "First of all, I am not anti-vaccine... I think I misspoke in that one sentence, but I’d like to express myself. The fact that you have a problem — and this is part of the same problem we're talking about here — the fact that you have a problem with the revolving door policy by which Big Pharma and the CDC and the FDA are so cozy, so that millions of Americans who are not anti-science and are not anti-vaccine have some deep concerns."

After McCain asked if Williamson is now comfortable with mandatory vaccinations, the author insisted that she hadn't changed her position.

"It's not that I'm okay, I haven't changed since yesterday," Williamson said. "I misspoke on that one sentence but I will say this, if I were President of the United States — when I'm President of the United States — there will be a commission of scientists talking about, learning, so that the American people see what's going on with these vaccines who are not paid by Big Pharma."

"I understand that many vaccines are important and save lives," Williamson wrote. "I recognize there are epidemics around the world that are stopped by vaccines. I also understand some of the skepticism that abounds today about drugs which are rushed to market by Big Pharma. I am sorry that I made comments which sounded as though I question the validity of life-saving vaccines. That is not my feeling, and I realize that I misspoke."

The belief that vaccines can cause autism is a debunked hoax, one that has caused parents to refuse to inoculate their children at great risk to public health.

"Any decline in immunization rates will result in an increase in vaccine-preventable diseases," Gary Freed, professor of health management and policy at the University of Michigan, told Salon by email. "We have the opportunity now to prevent so many life threatening diseases and have saved countless lives through immunization. It would be a travesty for children’s health if there were widespread outbreaks of diseases which can kill or permanently damage children."