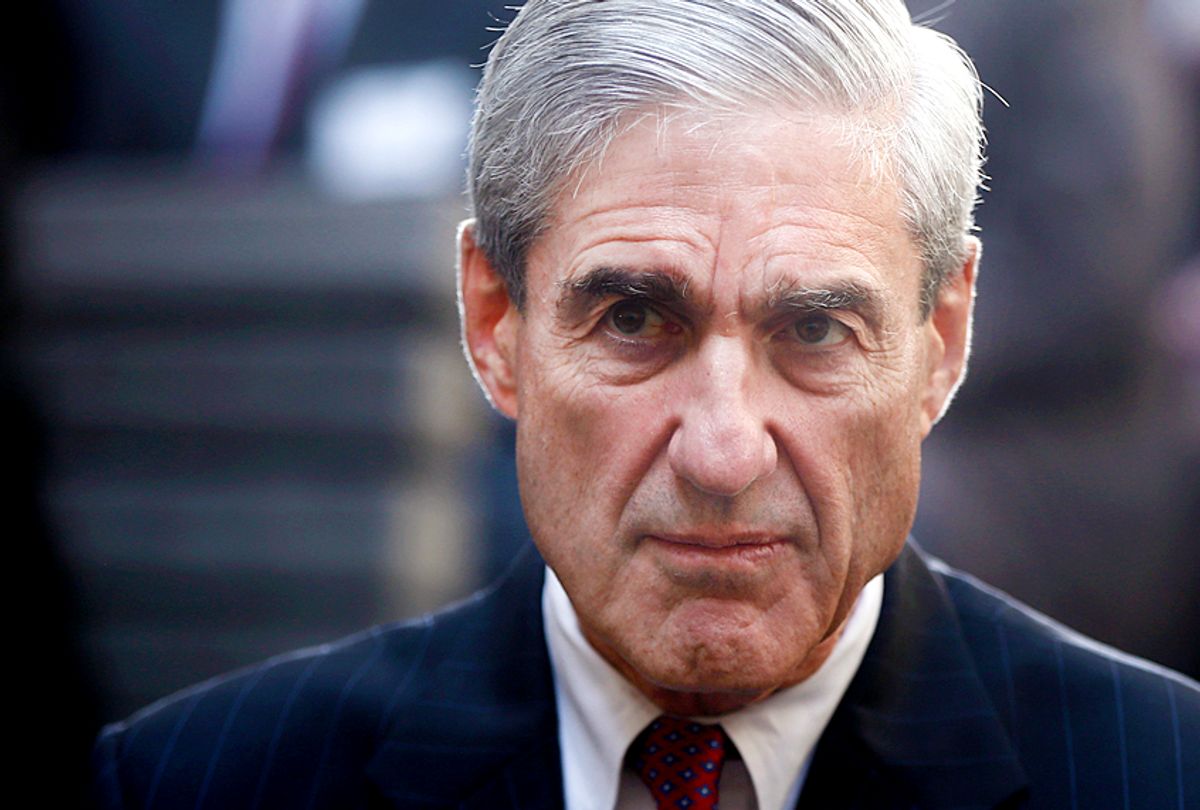 Robert Mueller will testify before Congress on July 17 after House Democrats issued a subpoena for his appearance, a move that paves the road for the former special counsel to answer questions publicly for the first time about his nearly two-year investigation into Russian interference in the 2016 election, alleged ties between President Donald Trump's campaign and Moscow and whether the commander-in-chief himself obstructed justice.

The House Judiciary and Intelligence Committees announced Tuesday that Mueller had agreed to testify after they issued subpoenas for his testimony, and that Mueller would appear in public before the two panels next month.

"Americans have demanded to hear directly from the special counsel so they can understand what he and his team examined, uncovered and determined about Russia's attack on our democracy; the Trump campaign's acceptance and use of that help; and President Trump and his associates' obstruction of the investigation into that attack," House Judiciary Chairman Jerry Nadler and House Intelligence Chairman Adam Schiff said late Tuesday in a joint statement.

Nadler and Schiff on Tuesday issued separate subpoenas for Mueller's public appearances, writing in a letter to the former special counsel, "We have consistently communicated our committees' intention to issue these subpoenas, if necessary, and we now understand it necessary to do so."

Nadler and Schiff said they "understand that there are certain sensitivities" associated with Mueller's testimony, noting that the special counsel's office referred multiple criminal investigations to other districts, some of which are still being investigated.

"We will work with you to address legitimate concerns about preserving the integrity of your work, but we expect that you will appear before our Committees as scheduled," they wrote.

Mueller's testimony is poised to be one of the most high-stakes congressional hearing in years, and represents a huge moment for House Democrats who have wrestled with whether to launch an impeachment inquiry against Trump following Mueller's investigation and the White House's stonewalling of congressional probes.

It will also mark his first public appearance related to his investigation since delivering his 10-minute statement on May 29, during which he detailed his conclusions and explained his decision not to reach a conclusion on whether Trump obstructed justice. Mueller, at the time, declined to take questions from reporters and made clear that his testimony would not go beyond what was written in his 448-page report.

"Beyond what I've said here today and what is contained in our written work, I do not believe it is appropriate for me to speak further about the investigation or to comment on the actions of the Justice Department before Congress," he said.

"The work speaks for itself," Mueller added. "The report is my testimony."

Mueller, who remained silent throughout his 22-month investigation despite constant attacks from Trump, wrapped up his nearly probe in late March. He did not reach a conclusion on whether the president had attempted to obstruct justice, though he did not exonerate him. Mueller detailed at least ten instances of possible obstruction by Trump in his report, and House Democrats have appeared eager to hold question Mueller publicly about the various episodes he examined as potentially obstructive efforts by Trump.

Attorney General William Barr and then-Deputy Attorney General Rod Rosenstein reviewed the evidence laid out by Mueller examining obstruction and determined it was insufficient to accuse Trump of criminal wrongdoing. Trump has praised their conclusions, as well as the lack of conspiracy resulting from the investigation, which he called "complete and total exoneration."

Democrats have argued that the American people deserve to hear directly from Mueller, and lawmakers across the aisle have said they want to question the former special counsel about some of the decisions he made during the investigation.

"I hope the special counsel's testimony marks an end to the political gamesmanship that Judiciary Democrats have pursued at great cost to taxpayers," Rep. Doug Collins of Georgia, the top Republican on the Judiciary Committee, said in a statement Tuesday. "May this testimony bring to House Democrats the closure that the rest of America has enjoyed for months, and may it enable them to return to the business of legislating."