Sean Hannity reacts to news of Mueller testimony: Democrats "are harassing and abusing their power"

"This isn’t oversight," the Fox News host claims. "This is now 'try and harass the president time" 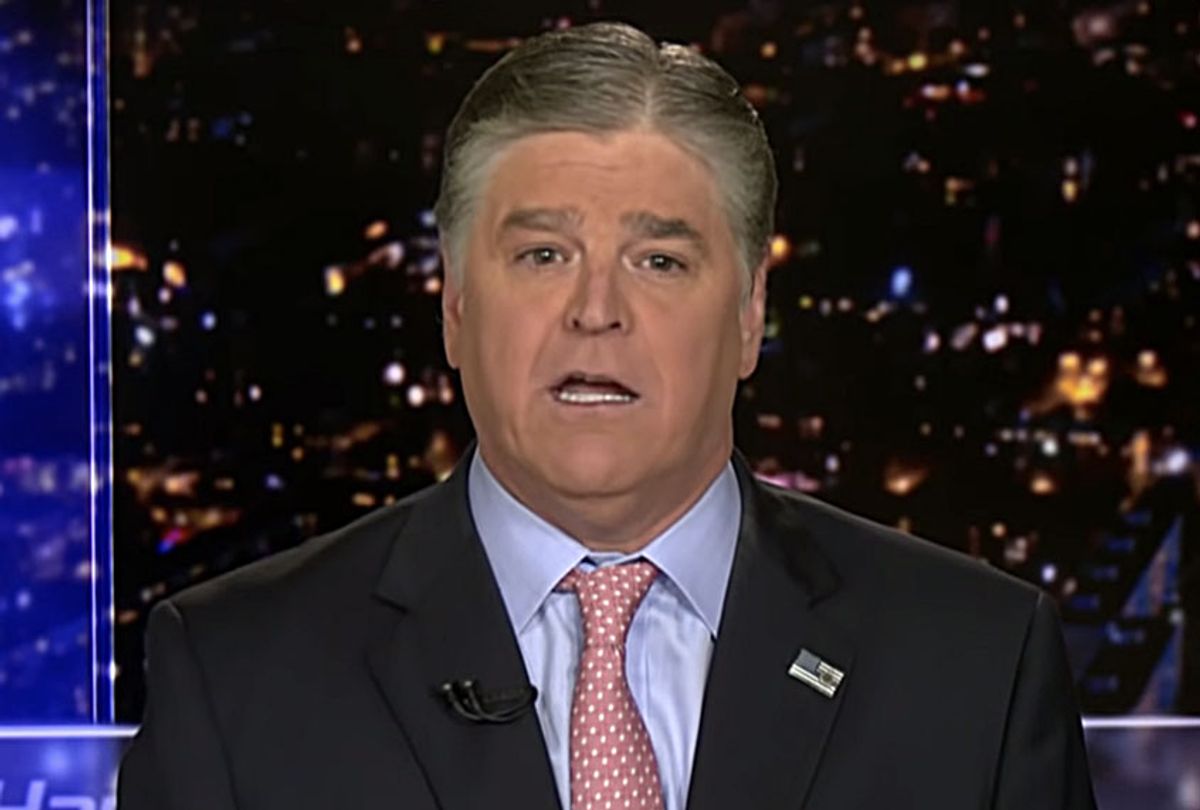 The host of "Hannity," who acts as an informal adviser to the president and often uses his widely watched primetime program to go to bat for Trump, predictably devoted much of his program Tuesday night to attempts to discredit Mueller and downplay the significance of the former special counsel's upcoming testimony.

During a discussion with Fox News personalities Dan Bongino and Geraldo Rivera, Hannity argued that Mueller's appearance was just another way for Democrats to further probe allegations of collusion between Trump's campaign and Russia to influence the outcome of the 2016 election. (Mueller did not find sufficient evidence that Trump's campaign coordinated with Moscow during his investigation, which wrapped up in late March.)

Mueller also probed potential episodes of obstruction of justice by Trump. He detailed at least ten instances of possible obstruction by Trump in his report, although he did not reach a conclusion on the matter and did not exonerate the president.

Hannity on Tuesday night, however, noted that any conclusions on obstruction of justice had already been determined by Mueller and Attorney General William Barr.

"Mueller was clear. The AG was clear. Mueller's report on the issue of collusion, conspiracy — that was the fourth time we heard, 'No,'" Hannity proclaimed. "Now the Democrats want a fifth bite at the apple. Now they are harassing and abusing their power. They are harassing the office of the president. This isn't oversight. This is now try and harass the president time."

"No obstruction," Hannity continued. "So I guess the question here is: Mueller has said, 'I'm just going to tell you what is in the report again, and again and again.' So why?"

Barr and his former deputy, Rod Rosenstein, previously reviewed the evidence laid out by Mueller examining obstruction and determined it was insufficient to accuse Trump of criminal wrongdoing. Trump and his allies, including Hannity, have praised their conclusions, as well as the lack of conspiracy resulting from the investigation.

Trump appeared to be tune into Hannity's broadcast Tuesday night. Shortly after the program, the president tweeted out a single phrase: "Presidential Harassment!"

Hannity's attempt to brush aside the significance of Mueller's testimony came just hours after the House Intelligence and Judiciary Committees announced the former special counsel would testify publicly before Congress on July 17 after they had issued subpoenas for his testimony. The move paves the road for the former special counsel to answer questions publicly for the first time about his nearly two-year investigation.

Mueller's testimony is poised to be one of the most high-stakes congressional hearing in years and represents a huge moment for House Democrats, who have wrestled with whether to launch an impeachment inquiry against Trump following Mueller's investigation and the White House's stonewalling of congressional probes.

It will also mark his first public appearance related to his investigation since delivering his 10-minute statement on May 29, during which he detailed his conclusions and explained his decision not to reach a conclusion on whether Trump obstructed justice.

You can watch more from Hannity's broadcast here: