Another broken promise: Job creation under Trump trails Obama by 800,000 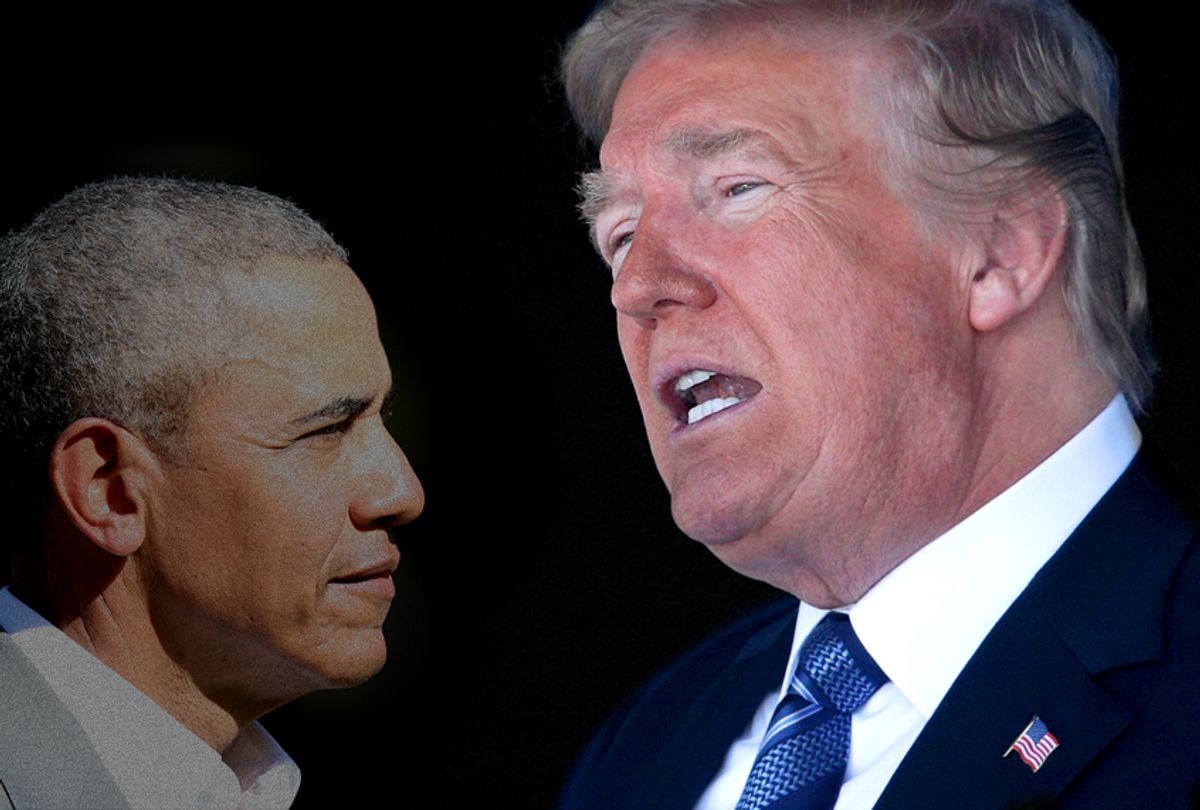 Job growth has slowed under President Trump compared to the final months of President Obama’s second term, despite Trump’s frequent boasts that the current economy is the “greatest” in the history of the country.

During the first 29 full months that Trump has been in office, from February 2017 through June 2019, the economy created 5.61 million jobs, or about 194,000 per month, according to the Bureau of Labor Statistics.

Altogether, job growth under Trump is about 810,000 jobs short of what it was under Obama during the final part of his presidency.

The job growth numbers were much better in 2018, which Forbes noted was due to a massive corporate tax cut that blew a huge hole in the deficit, but have gotten far worse this year. The gap in job growth between Trump and Obama was only about 194,000 in January but has increased by 616,000 jobs since.

“Looking at the next six months with Obama’s job numbers of 188,000 to 327,000 per month, the gap should only increase and cross 1 million,” wrote Forbes’ Chuck Jones.

The White House has argued that the comparisons should begin in November 2016, when Trump’s election win boosted the stock market, MSNBC reported. But those numbers actually make the record worse: There were 7.32 million jobs created during the previous 32 months, versus 6.25 million in the 32 months since Trump’s election.

Trump has credited his policies, like regulation rollbacks and incomplete or unratified trade deals, with boosting the economy. But an NPR fact-check noted that he inherited an already strong economy and his numbers have been pushed along by steady growth that began way back in 2010. It’s true that the Republican tax cut helped job growth, but its positive effects on the economy have been lackluster and it added trillions to the national debt, a figure Trump had decried before it ballooned during his presidency.

In fact, numerous trends suggest that, if anything, his policies are hurting the economy.

Although Trump vowed that his tariffs would lead to a rebirth of manufacturing in America, a recent survey found that manufacturing had fallen to its lowest point since the Great Recession, with business owners pointing at his tariffs as the primary cause.

Trump also claimed that tariffs would save American farmers. In reality, farmers in the Midwest are filing for bankruptcy at record rates, largely because of Trump’s trade wars with China and Mexico, which have caused retaliatory tariffs that hit farmers the hardest.

Trump also promised to revive the coal industry, blaming Obama for hurting workers by imposing regulations to protect the air and water. Despite rolling back these regulations, coal consumption has fallen to its lowest level since 1978. Since Trump’s election, 51 coal plants have closed and eight coal companies have filed for bankruptcy.

Even banks like JP Morgan Chase and Morgan Stanley, which got a huge boost from Trump’s tax cuts, are getting nervous. Both financial giants have warned that Trump’s tariffs may plunge the U.S. economy into recession.

According to a Duke University survey, nearly 70 percent of American corporate CFOs now expect a recession to hit by the end of Trump’s first term.