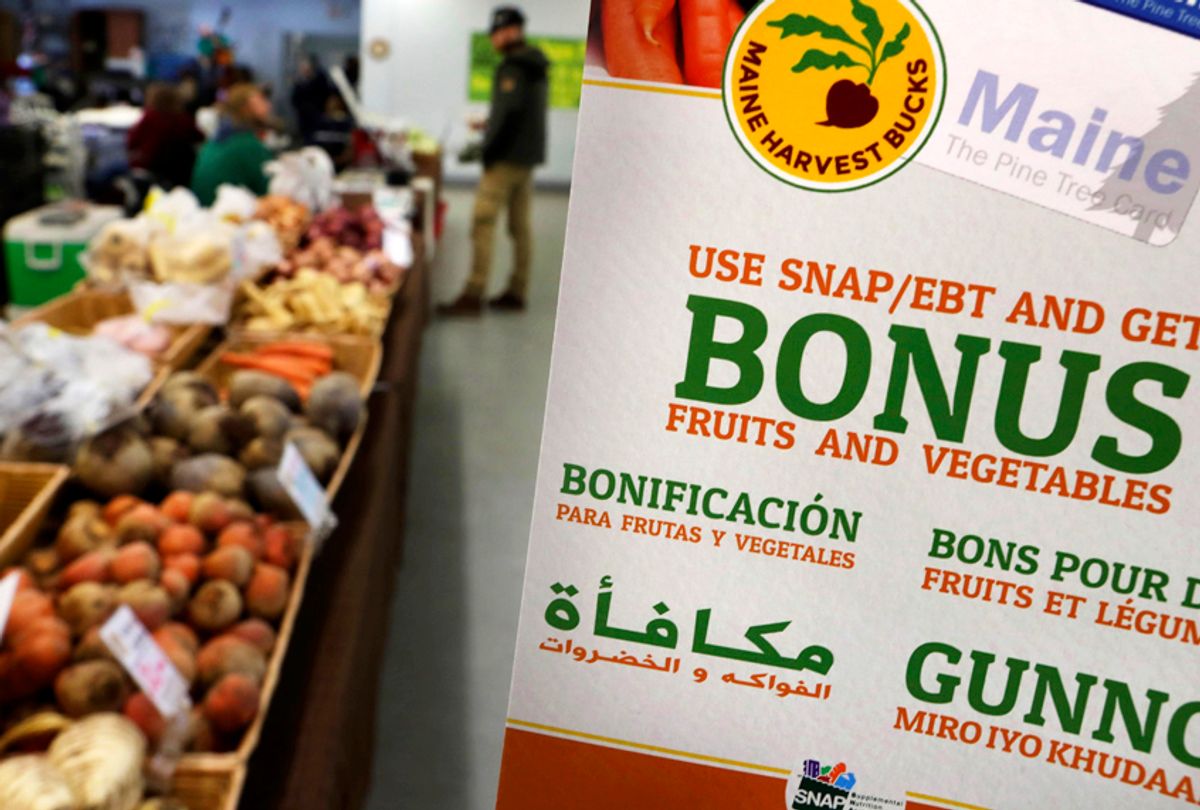 The Trump administration has proposed a new rule that officials said would cut food stamp benefits to more than 3 million people.

The administration's proposal is a way to circumvent Congress after they failed to agree on Republicans’ sought-after food stamp cuts in the 2018 farm bill. Instead, the Department of Agriculture proposed new rules that would end automatic eligibility for the Supplemental Nutritional Assistance Program (SNAP) to people who already receive federal and state assistance. Along with the proposed rule, the USDA has also sought to boot people off food stamps by issuing work requirements and seeking to change the way that the poverty threshold is calculated.

“This proposal will save money and preserve the integrity of the program. SNAP should be a temporary safety net,” Agriculture Secretary Sonny Perdue said Monday, according to the Washington Post. Democrats said the move “would take food away from families.”

Under the proposed rule, only families who receive SNAP benefits of at least $50 a month for at least six months would be eligible for automatic enrollment. Those benefits would be limited to cash, subsidized employment and work supports such as transportation and child care.

Perdue called the existing rule a “loophole” and accused states of misusing their “flexibility without restraint.”

“That is why we are changing the rules, preventing abuse of a critical safety net system, so those who need food assistance the most are the only ones who receive it,” he said.

The rule comes despite a 2018 Congressional Research Service report finding that “SNAP fraud is relatively rare, according to available data and reports.”

The average monthly benefit to SNAP recipients is just $121 per person, according to the Department of Agriculture, which comes out to less than $1.40 per meal.

Sen. Debbie Stabenow of Michigan, the top Democrat on the Senate Agriculture Committee, described the move as another way for the Trump administration to go around Congress to implement harsh restrictions that even Republicans opposed.

“This proposal is yet another attempt by this Administration to circumvent Congress and make harmful changes to nutrition assistance that have been repeatedly rejected on a bipartisan basis,” Stabenow said in a statement to NPR. “This rule would take food away from families, prevent children from getting school meals, and make it harder for states to administer food assistance."

Consumer advocates warned that the move would overwhelmingly affect working families and those who are elderly or disabled.

“Instead of punishing working families if they work more hours or penalizing seniors and people with disabilities who save for emergencies, the president should seek to assist them with policies that help them afford the basics and save for the future,” Stacy Dean, vice president of food assistance policy at the Center on Budget and Policy Priorities, told the Post.

Perdue argued that SNAP should be a “temporary” benefit, but advocates say that cutting automatic enrollment would disproportionately affect families with children who are trying to climb out of poverty.

“We particularly worry about food‐insecure households with kids and adolescents,” Elaine Waxman, a senior fellow at the Urban Institute, told Congress last month. “Food-insecure children have higher rates of fair and poor health, have higher rates of hospitalization, increased risk of asthma, and delays in cognitive developments.”