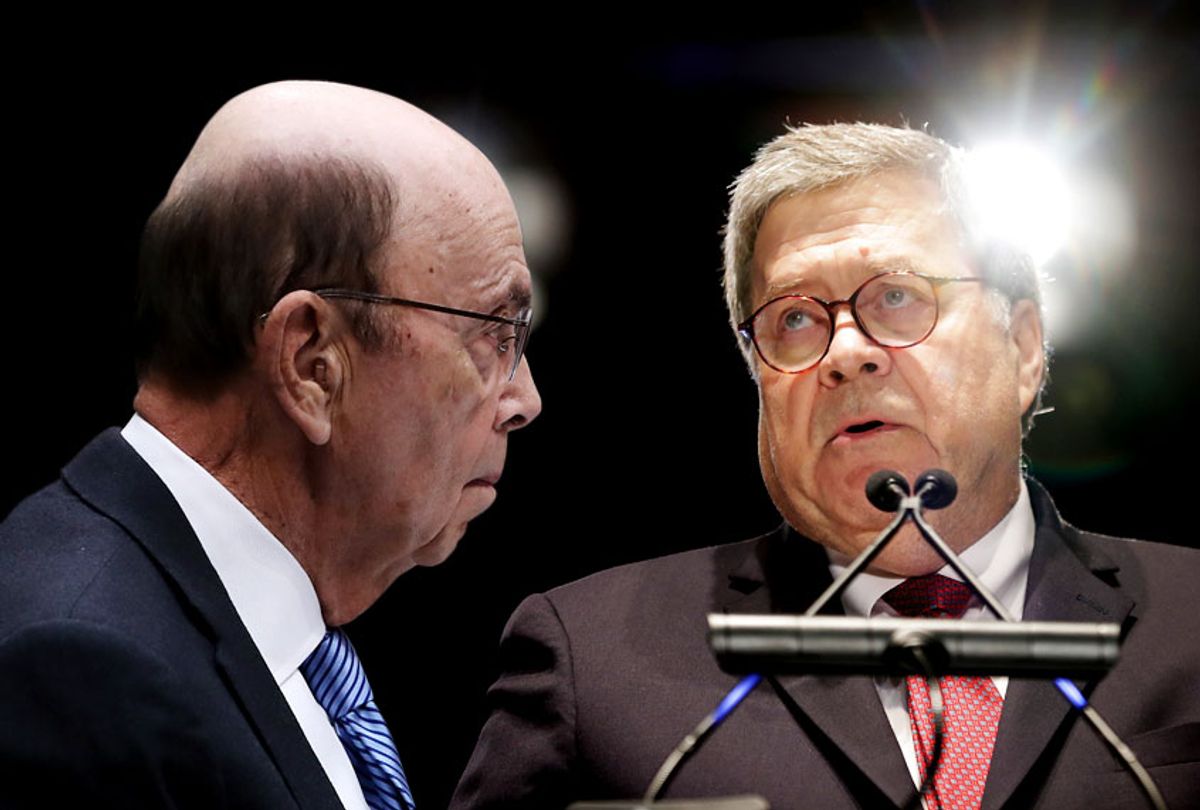 The Justice Department said federal prosecutors will not prosecute Attorney General William Barr and Commerce Secretary Wilbur Ross after the House of Representatives voted earlier this month to hold them in criminal contempt.

In a Wednesday letter to House Speaker Nancy Pelosi, D-Calif., Deputy Attorney General Jeffrey Rosen said the pair's defiance of congressional subpoenas seeking information about the White House's efforts to add a citizenship question to the 2020 U.S. Census "did not constitute a crime."

"Accordingly, the department will not bring the congressional contempt citations before a grand jury or take any other action to prosecute the attorney general or the secretary," Rosen wrote, citing "long-standing" and "uniform" legal precedents from administrations of both parties.

The House of Representatives rebuked the two members of President Donald Trump's Cabinet by passing a criminal contempt resolution earlier this month, largely along party lines. However, it was widely presumed that the Justice Department would not bring criminal charges against its top official.

The contempt vote came weeks after the House Oversight and Reform Committee subpoenaed the Departments of Commerce and Justice earlier this year for documents related to the White House's since-abandoned efforts to include a citizenship question to the census.

The departments pushed back forcefully against the contempt vote, claiming they have been working in good-faith to respond to requests from the panel and have already produced thousands of documents. The agencies also told lawmakers shortly before the vote was scheduled to be held that Trump had asserted executive privilege to shield the requested documents.

Rosen's letter to Pelosi followed a busy news day on Capitol Hill. It came shortly after former special counsel Robert Mueller concluded his highly-anticipated public testimony before the House Judiciary and the Intelligence Committees about his nearly two-year investigation into Russian interference in the 2016 election, alleged ties between Trump's campaign and Moscow and whether the president himself obstructed justice.

The White House's efforts to add a citizenship question to the census came under scrutiny from Democrats and immigrant rights groups, who argued that the administration's efforts to add the question was part of a Republican tactic to scare immigrants from participating in the decennial survey and to engineer a population undercount in Democratic-leaning communities with large immigrant populations.

It was also challenged in several federal courts, and the Supreme Court ruled 5-4 last month that the question could not be added to the census under the administration's rationale that it would help to enforce the Voting Rights Act — a reasoning the high court called "contrived."

Trump initially signaled he would find a path forward to add the question to the census, in spite of the Supreme Court's ruling. He briefly flirted with an executive order directing the Commerce Department to include the question on census forms but ultimately abandoned the effort. He instead issued an executive order asking federal agencies to provide the Commerce Department with records that could determine a head-count of citizens without polling census-takers directly.