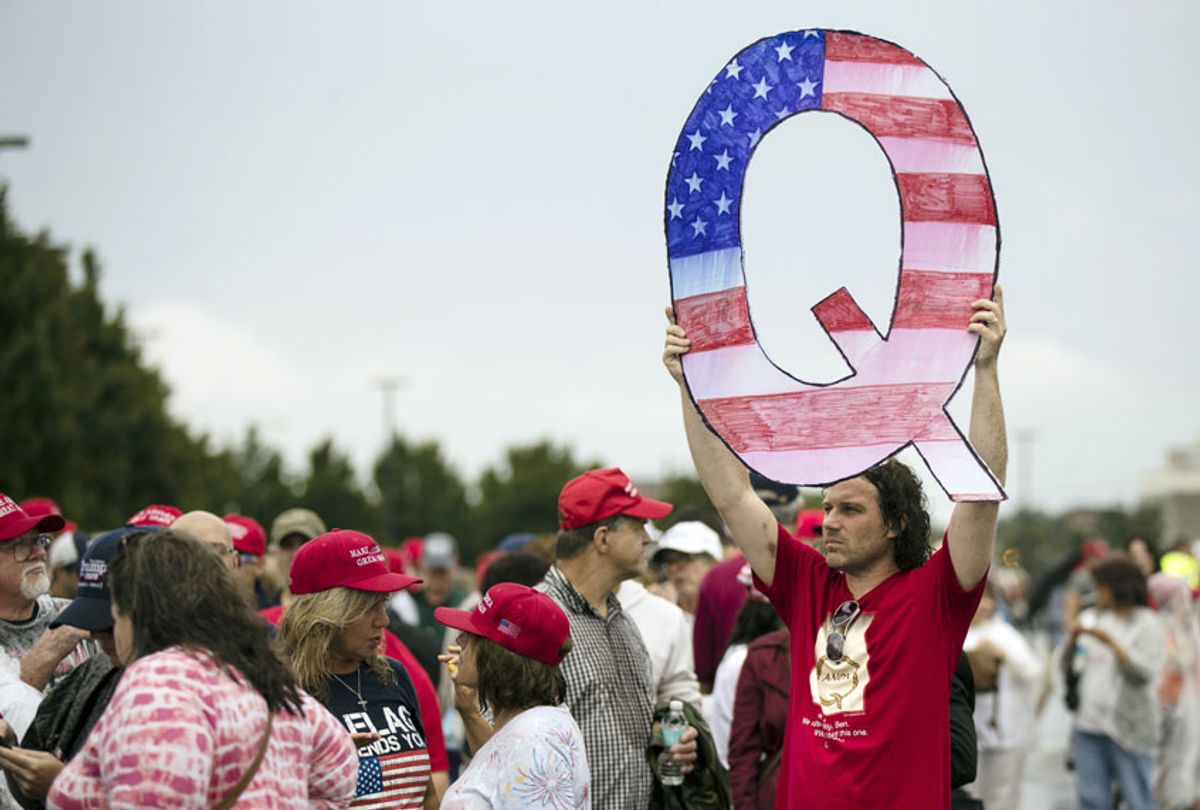 The document, issued by the FBI’s Phoenix field office on May 30 and published by Yahoo News on Thursday, warns that “conspiracy theory-driven domestic extremists” pose a growing threat.

The memo mentions QAnon, the bizarre conspiracy theory that posits a "deep state" conspiracy against President Trump, and Pizzagate, the conspiracy theory that went viral during the 2016 campaign alleging that the Clintons and other high-profile Democrats and celebrities ran a child trafficking ring out of the basement of a Washington pizza restaurant that doesn’t have a basement.

“The FBI assesses these conspiracy theories very likely will emerge, spread, and evolve in the modern information marketplace, occasionally driving both groups and individual extremists to carry out criminal or violent acts,” the document says, adding that the the agency believes the threat will increase during the 2020 presidential campaign.

“This is the first FBI product examining the threat from conspiracy theory-driven domestic extremists and provides a baseline for future intelligence products,” the bulletin said.

In 2016, a 29-year-old North Carolina man fired an assault rifle inside the Comet Ping Pong pizza restaurant, site of the alleged conspiracy theorized by Pizzagate believers. He told police he believed he was saving children enslaved in the would-be trafficking ring.

The FBI also cited an unnamed California man arrested with bomb-making materials in his vehicle in 2018. The man planned to “blow up a satanic temple monument” in the state capitol rotunda in Springfield, Illinois, in order to “make Americans aware of Pizzagate and the New World Order, who were dismantling society.”

Just last month, attorneys for Cesar Sayoc, who pleaded guilty to 65 felonies after sending improvised explosive devices to numerous leading Democrats and media figures, argued that Sayoc had been radicalized by pro-Trump online conspiracy theories in Facebook groups that the president failed to condemn.

“Many of these groups promoted various conspiracy theories and, more generally, the idea that Trump’s critics were dangerous, unpatriotic, and evil. They deployed provocative language to depict Democrats as murderous, terroristic, and violent,” the attorneys said in a sentencing memo, adding that “Fox News furthered these arguments” and “President Trump did nothing to dissuade this message.”

Nate Snyder, a former Homeland Security counterterrorism official under President Obama, told Yahoo News that these conspiracy theory groups “are using the same playbook that groups like ISIS and al-Qaida have used to inspire, recruit and carry out attacks.”

“You put out a bulletin and say this is the content they’re looking at — and it’s some guy saying he’s a religious cleric or philosopher — and then you look at the content, videos on YouTube, etc., that they are pushing and show how people in the U.S. might be radicalized by that content,” he said.

Snyder warned that the government is doing little to actually counter this threat. “Nearly all, if not all, the intelligence analysts focusing on domestic extremist groups” were eliminated by Trump appointees. “There is no one there doing this,” he said.

Meanwhile, members of the QAnon community online were surprised to discover that the FBI, which they apparently believed was “with us,” had issued such a report.

One supporter questioned, “How can Q and POTUS allow this to happen?”