Pete Buttigieg: Trump is not doing his part to stop white nationalism that is killing Americans 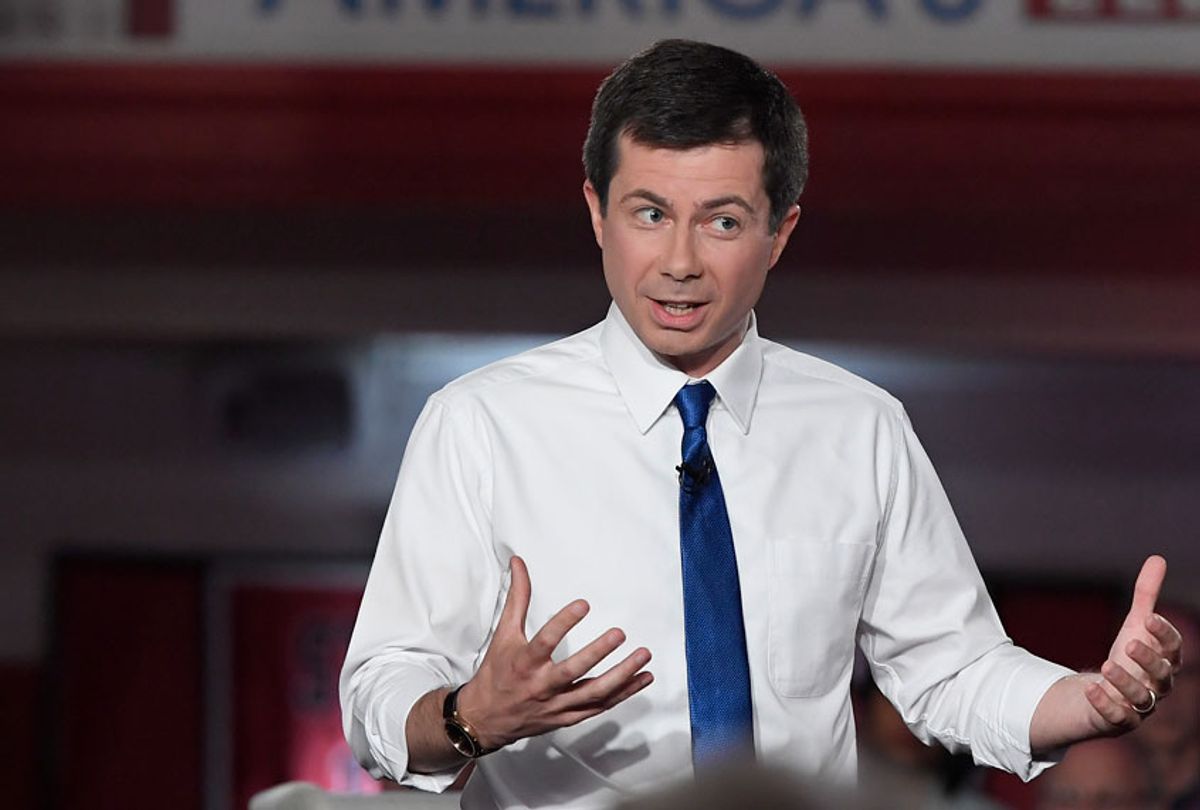 South Bend Mayor Pete Buttigieg, a Democratic candidate for president in 2020, called out President Donald Trump for not doing enough to nip white nationalism in the bud, and thereby being partially responsible for mass shootings like the one in El Paso on Saturday.

"America is under attack. America is under attack from homegrown white nationalist terrorism," Buttigieg told AFSCME Public Service forum in Las Vegas on Saturday. "And we have to talk and act about two things in this country: First of all, we are the only country in the world with more guns than people. It has not made us safer. We can respect the Second Amendment and not allow it to be a death sentence for thousands of Americans. And two, white nationalism is evil. And it is inspiring to commit murder and it is being condoned at the highest levels of the American government, and that has to end."

Buttigieg also pointed some of the blame at Trump, arguing that "the President of the United States is condoning white nationalism. White nationalism is one of the evils that is motivating and inspiring at least some to go kill Americans" and saying that Trump has a "responsibility to nip that in the bud. Any president and any leader and any candidate."

Buttigieg elaborated on these thoughts during an interview with Chris Wallace on "Fox News Sunday."

"This is terrorism and we have to name it as such," Buttigieg told Wallace. "It is very clear that the loss of American life in Charleston, in San Diego, in Pittsburgh, by all appearances now in El Paso too, is symptomatic of the effects of white nationalist terrorism. We cannot keep America safe from this threat to the American people if we're not prepared to name it and confront it. We need an administration that is ready to do that and we can't keep pretending that this is just random or that this is something we can't confront."

He added, "What you have here is two things coming together: One, the weak gun safety policies of this country, and two, the rise of domestic terrorism inspired by white nationalists."

"Every time this happens, we say 'Never again.' We say we're going to do something," Buttigieg told Tapper. "We say it's going to change. And it hasn't. I've been thinking a lot about the fact that this same debate, and this same cycle, has been going on my entire adult life. And I'm wondering what it will take to get this sense of urgency, to get Washington to actually respond, especially when Americans frankly in both parties want to see changes. At least some basic common sense measures on gun safety, not to mention the need to stand up to white nationalist terrorism."

At least 20 people died and 26 others were wounded by the shooting in El Paso, which authorities suspect was perpetrated by a racist with a hatred of Latinx immigrants. Less than 24 hours after that shooting, another one took place in Dayton, Ohio, one that took nine lives (the motive of the shooter is currently unknown).