If we want the killings to stop, Republicans must be defeated 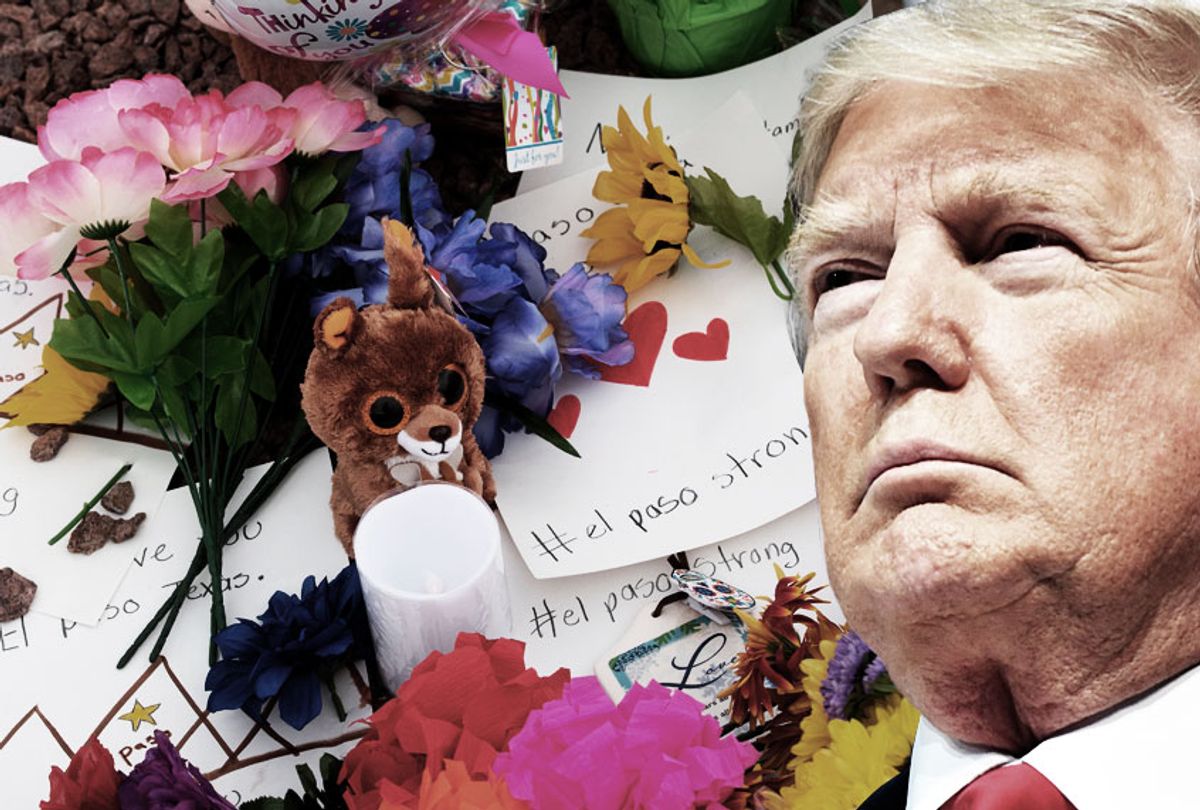 I've written a lot about gun violence over the past few years. It's inevitable when you write about politics in America. But sometime after the Las Vegas massacre in 2017, when a gunman shot nearly 600 people, killing 59, something snapped in me and I slipped into despair.

After Newtown, I had been sure that something would change. There was no way a civilized country could tolerate the massacre of tiny six-year-old children by a deranged young man with access to deadly mass killing machines. For a short while, it seemed that we had finally reached our limits. Republicans were shaken. The public was overwhelmed with grief and rage. I was wrong.

The NRA's Wayne LaPierre soon stunned the nation with a militant war cry that left the political world shaken. Mitch McConnell stepped up to deliver the coup de grace:

Under the leadership of now Senate Majority Leader Mitch McConnell, the Republican party once more coalesced around the cause of gun proliferation and that was the end of that.

The bloodshed continued, of course. For any number of motives and sometimes no discernible motive at all, with regularity, someone would start shooting into a crowd and a large number of people would be injured and die. And each time I continued to believe that somehow the growing body count would finally shake the consciences of Republican leaders and basic sanity would prevail.

The Las Vegas slaughter finally quashed that last little bit of hope, however, at least for the foreseeable future. There you had hundreds of country music fans, many of them probably GOP voters, mowed down in one of America's premier tourist destinations, yet it was soon obvious that despite all the usual "thoughts and prayers" and promises that this time "felt different" it would make no difference at all.

And it didn't. These massacres are now ritualized national events, human sacrifices to our gun culture, each one eating the sin then purging the guilt. And then it happens again.

I now believe any recognition that unfettered access to weapons that are designed to kill many humans as quickly as possible is incompatible with civilized society will only come about when the Republican party has been reduced to a small minority without the necessary political power to prevent it.

The GOP is the roadblock to peace.

They have agency and they simply refuse to use it. Since our system is heavily weighted against one of the two parties shrinking to such a level, with such undemocratic features as the Senate, the electoral college and gerrymandering,  I have no idea if and when that will come about. However, there is a dangerous new development in this ongoing nightmare that could conceivably shake up this dynamic --- the mainstreaming of white supremacism.

The combination of gun fetishism and the election of Donald Trump has brought us a lethal upsurge in domestic terrorism by a movement that is inspired and encouraged by the president of the United States. This past Saturday's attack in El Paso, Texas is just the latest example.

A confluence of ideology and terrorism isn't new, of course. In fact, we've been dealing with it for years in the US, and with special intensity since 2001. The white supremacist Ku Klux Klan has been active for more than a century. 24 years ago, right-wing terrorist Timothy McVeigh killed 168 people and injured 680 more in Oklahoma City. And, needless to say, we were attacked by militant Islamic extremists on 9/11 and there have been several mass shootings and other forms of violence perpetrated by people claiming to be acting on behalf of Al Qaeda or ISIS since.

What's different now in this rise of white nationalist terrorism is the fact that the terrorists are echoing the precise rhetoric of the president of the United States and a major U.S. media company. Such rhetoric is in common everyday usage at Republican political rallies, on social media and television. It is as mainstream as hate gets:

Here you can watch Trump using the charged term "invasion" as well as his tacit acknowledgment that it is unacceptable to say such a thing. Yet he says it. With relish:

This white supremacist rhetoric goes from Trump to Fox News to GOP officials to armed and angry white men and back again in a vicious and dangerous feedback loop:

And it's picking up steam as we go into the election.  I have written about Trump's white nationalist rhetoric and his racist strategy for winning re-election. He is literally running on this message:

He "jokes" about shooting refugees at the border:

Trump is a classic demagogue and he's made it clear from the day he announced his campaign in 2015 that he was a champion of xenophobes and racists. As recently as this week he was angrily denouncing major American cities as being "infested" and verbally assaulting members of congress who are immigrants, Muslims and people of color, inspiring his slavering followers to chant "send her back!"

And for all the fun "bonding" among the very white crowds at his rallies, some people are clearly hearing this as a call to violence. This weekend a man walked into a Walmart near the Mexican border and shot nearly 50 people leaving behind an angry screed reflecting many of the same ideas that are discussed casually on Fox News, right-wing radio and by the President of the United States.

But perhaps this will mark a change in the usual trajectory of these events. The emergence of this white nationalist terrorist movement, fueled by gun culture, Donald Trump and Republican ideology, may just focus the minds of most Americans enough to realize that the only way to stop this carnage is to fundamentally reform our politics.  So far, mass shootings alone have failed to do that. Perhaps the knowledge that the Republican Party itself is inspiring domestic terrorism with its toxic ideology will. We must hope so or it's only going to get worse.