"Booksmart" star Beanie Feldstein will play Lewinsky in Ryan Murphy's next installment, due out in fall 2020 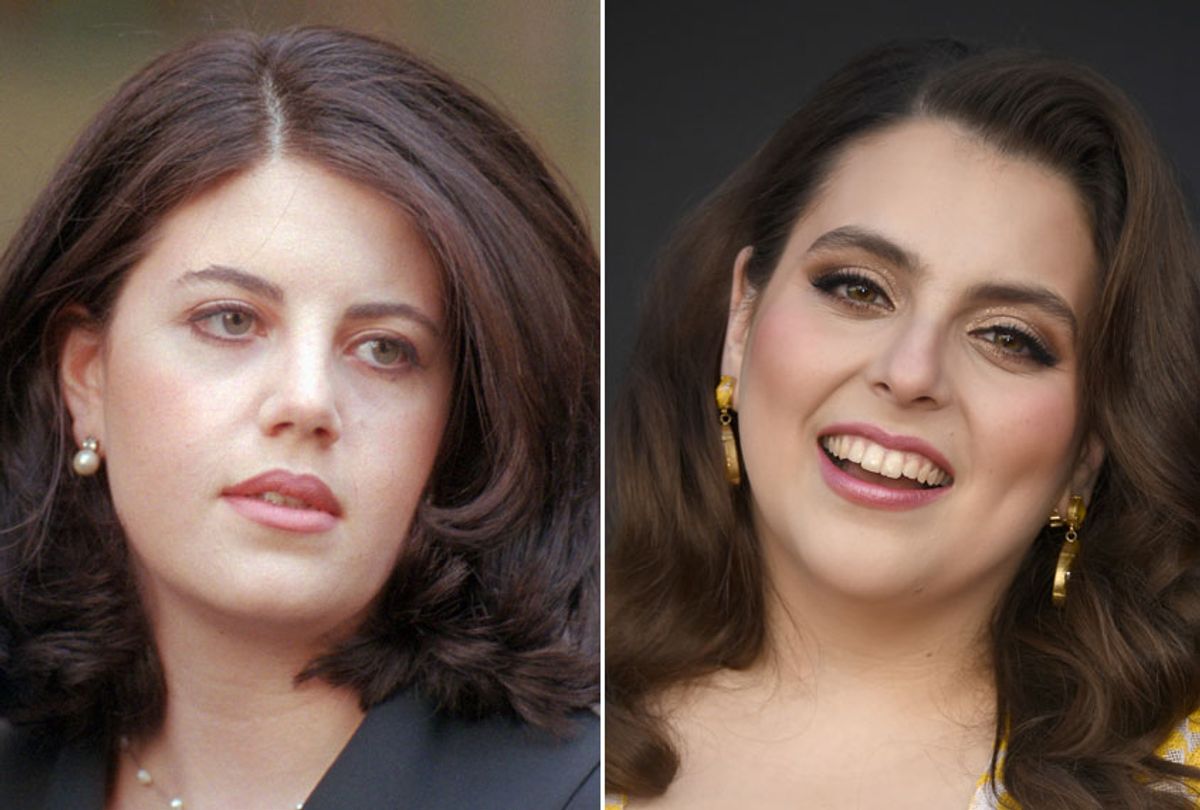 On Tuesday, the FX Network announced the topic of the new season of “American Crime Story”: the impeachment of former president Bill Clinton. It’s set to debut weeks before election day 2020.

"American Crime Story" has previously covered the trial of O.J. Simpson and the death of designer Gianni Versace. While “The People v. O.J Simpson” was critically and commercially acclaimed, reception of “The Assassination of Gianni Versace” was more mixed. In a review for The Atlantic, writer Spencer Kornhaber said of executive producer Ryan Murphy: “Whether with chalkboard-scratch strings overused to inject suspense, or with scene-dominating monologues spewing out exposition, he leans on the tricks of industrialized TV to a deadening extent.” Salon's Melanie McFarland wrote that "[c]alling to mind the designer’s signature medallion, it is its own Medusa, beauty and horror in one long, complicated gaze. It doesn’t match its predecessor’s power to transfix the audience, but it is definitely worth seeing."

However, a detail that may help ground the upcoming season is that fact that Lewinsky will serve as a producer. In an interview with The Hollywood Reporter, “American Crime Story” Murphy said he approached her about the opportunity.

“I told her, 'Nobody should tell your story but you, and it's kind of gross if they do,'" Murphy said. “‘If you want to produce it with me, I would love that; but you should be the producer and you should make all the goddamn money.’”

After decades of Lewinsky’s story being told — most often at her expense — she was initially hesitant to sign onto the project.

“But after a lengthy dinner meeting with Ryan, I came to understand even more clearly how dedicated he is to giving a voice to the marginalized in all of his brilliant work,” Lewinsky said in a statement to Vanity Fair. “I’m privileged to work with him and the other talented people on the team, and I’m privileged to have this opportunity.”

She continued: “People have been co-opting and telling my part in this story for decades. In fact, it wasn’t until the past few years that I’ve been able to fully reclaim my narrative; almost 20 years later.”

In 1995, Clinton began a sexual relationship with Lewinsky, who was then a 22-year-old White House intern. Three years later, he denied the relationship during a deposition in Paula Jones’ sexual harassment lawsuit against him. Several months later, Clinton admitted the lie; he was impeached on the grounds of perjury and obstruction of justice.

But he was acquitted in a Senate trial and went on to serve out the remainder of his second term as president with relatively few repercussions.

Meanwhile, the incident became known as the “Lewinsky Scandal,” and she and her appearance served as fodder for decades of late-night television jokes and in-person and online vitriol. One Fox News poll asked if she was an “average girl” or a “young tramp looking for thrills.” (Disgustingly, “young tramp” won.)

But in the age of #MeToo movement, as our culture has given more consideration of how power differentials can manifest as workplace harassment, Lewinsky’s situation garnered a second look; she was a 22-year-old intern who had been in a relationship with not only the most powerful man in her workplace, but also the country. It wasn't sexual abuse, but Clinton's involvement in the  relationship was an abuse of power.

In a March episode of “Last Week Tonight” about public shaming, host John Oliver interviewed Lewinsky. She acknowledged early in the interview that she wasn’t blameless in the situation, but Oliver urged viewers to think of the dumbest thing they had done. Not the dumbest thing they’d ever gotten caught doing, but had done — period.

“Every 22-year-old is some version of an idiot,” Oliver said.

Over the past several years, Lewsinky has emerged as a powerful voice on public humiliation, shame, online bullying and recently, #MeToo, for Vanity Fair and elsewhere. In an essay for Vanity Fair about participating in A&E's docuseries "The Clinton Affair," Lewinsky wrote, “Throughout history, women have been traduced and silenced. Now, it’s our time to tell our own stories in our own words.” Hopefully the upcoming series of “American Crime Story” will allow her to do just that.