While Abrams won't run for president in 2020, she's been floated as a potential running mate for several Democrats 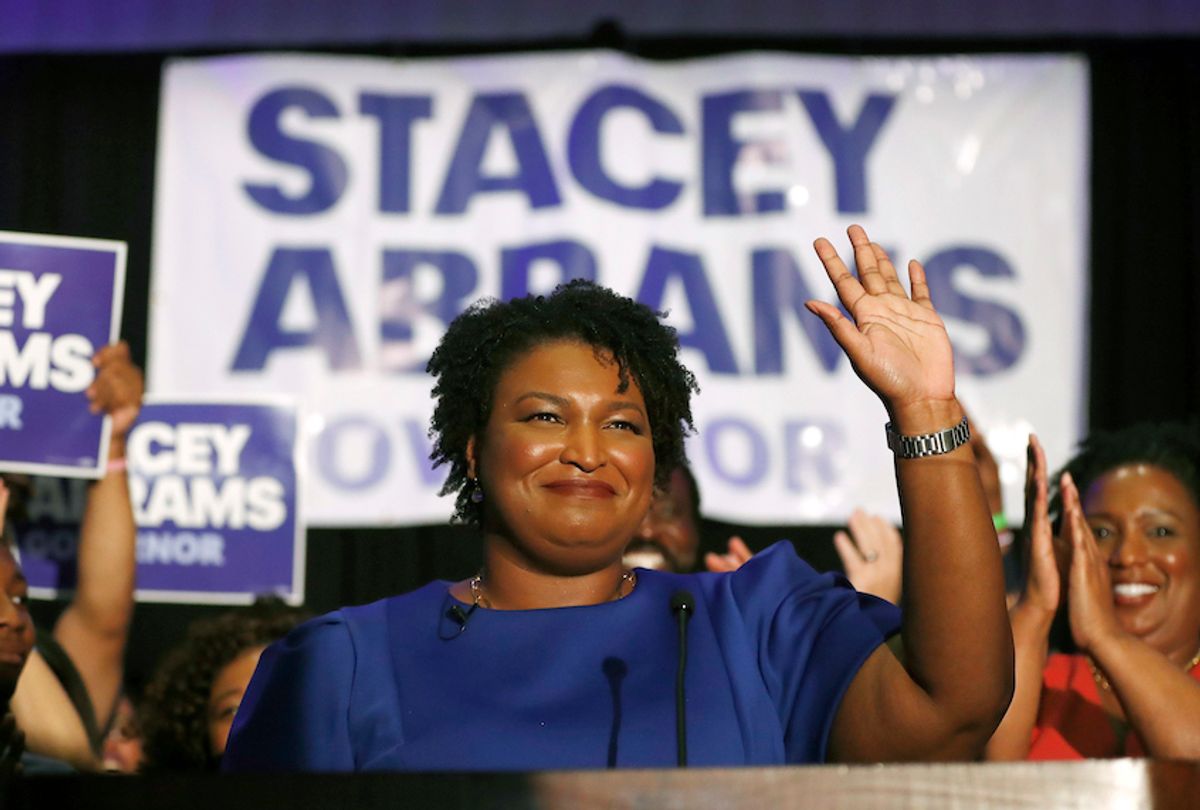 Stacey Abrams will not run for president in 2020, but the former Georgia gubernatorial candidate is open to being considered for the No. 2 spot on the Democratic ticket by "any nominee."

Abrams, who rose to national prominence in 2018 as the first black woman to be nominated on a major party's ticket for governor, fueled speculation for months about whether she too would join the crowded Democratic primary field in mounting a challenge to President Donald Trump in 2020.

Although she has ruled out a run for the White House this cycle, Abrams has remained close to the presidential race, privately meeting with several Democratic candidates and coming out on top in lists of potential running mates for presidential hopefuls.

"There are only two things stopping us in 2020: that people have a reason to vote, and that they have the right to vote," Abrams told the International Union of Painters and Allied Trades convention in Las Vegas. "I've decided to leave it to a whole bunch of other people to make sure they have a reason to vote."

"But I'm here today to announce Fair Fight 2020 to make sure everyone has the right to vote," she added, referring to her new voting rights initiative.

Abrams, who lost the race in Georgia by just 1.4 percent to former Secretary of State Brian Kemp, who oversaw the election, announced in April that she would not run Senate in 2020 despite efforts by Senate Minority Leader Chuck Schumer, D-N.Y., to recruit her to challenge incumbent Republican Sen. David Perdue, one of President Donald Trump's closest allies in Congress.

"I am grateful for all the encouragement I received to run for U.S. Senate, and I'm committed to doing everything I can to help elect a Democrat to that seat next year," Abrams said at the time.

Abrams elaborated on her thinking in an interview Tuesday with the New York Times, in which she revealed she is "certainly open to other opportunities."

"My decision not to run for the Senate was because I do not want to serve in the Senate," Abrams said. "I think that there are people who are running who are the right people for that job."

"I appreciate the importance of the role, but I am not so arrogant as to believe I'm the only one who can win that," she added.

Abrams told the newspaper she would be "honored to be considered by any nominee" as a potential running mate, but noted she does not "foresee making any decisions about the candidates in the primaries right now."

In fact, Abrams has already been floated as a potential vice presidential candidate.

Before Joe Biden officially threw his hat into the presidential ring in April, several news outlets reported the former vice president was considering naming Abrams as his No. 2 at the launch of his campaign. Abrams squelched rumors about a possible ticket at the time, noting she was still considering whether to mount her own presidential campaign.

Some 2020 Democrats have already highlighted the kind of qualities they are looking for in a potential running mate, stressing the importance of gender and racial diversity on the future White House ticket.

Former Texas Rep. Beto O'Rourke said in March that he would find it "very difficult not to select a woman" as his running mate if he clinches the presidential nomination. Sen. Cory Booker, D-N.J., vowed in June to turn down a vice presidential nomination if Democrats pick a man to take on Trump, noting his opposition to an all-white male ticket.

Biden said in July that it would be "great" to have a female vice president, pointing out that it "helps having a woman on the ticket." He argued earlier this month that he could "think of at least six or seven people, four of whom are women, who in fact . . . aren't in the race, who are totally qualified to be president."