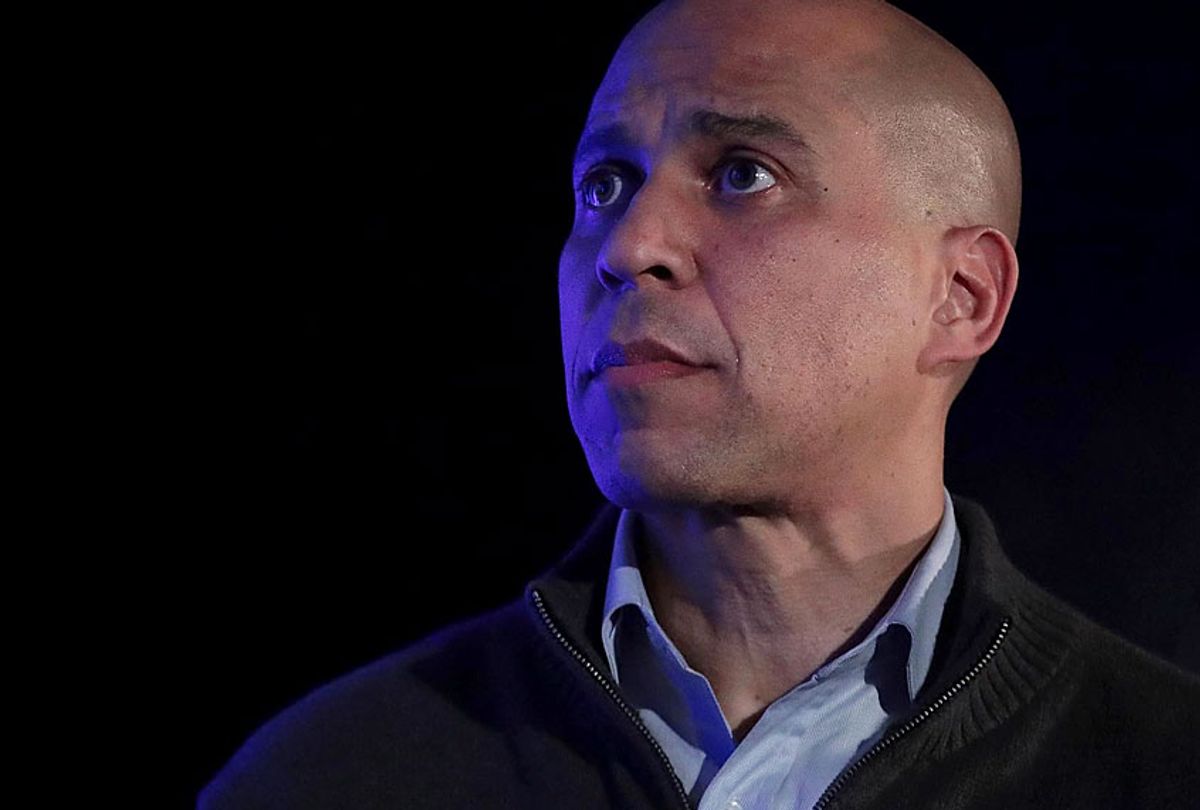 Sen. Cory Booker (D-N.J.) revealed that he is "looking to women first" as potential running mates should he win the 2020 Democratic presidential nomination.

Booker, who two weeks ago threw his hat into the 2020 race, discussed vice presidential running mates on MSNBC Tuesday night, although he avoided specifics.

"I believe there should be a woman president right now, and we've worked very hard to get one. But we have such a great field of leaders," Booker told Rachel Maddow. "I'm not going to box myself in, but should I become it, you know I'll be looking to women first."

Booker also took pride in the gender and racial diversity of the 2020 Democratic field, adding, "I think you will rarely see a Democratic ticket anymore without gender diversity, race diversity. I think it's something we should have."

Booker entered the 2020 presidential race on the first day of Black History Month with a video reflecting on the ongoing fight for civil rights. He also presented a positive message of unity and equality for the country.

"I believe that we can build a country where no one is forgotten, no one is left behind . . . where we see the faces of our leaders on television and feel pride, not shame," Booker says in his first campaign video. "Together, we will channel our common pain back into our common purpose. Together, America, we will rise."

The 2020 presidential race is expected to be very crowded and diverse. It already includes a long list of Democrats, such as California Sen. Kamala Harris (the first Indian-American woman to serve in the upper chamber), Hawaii Rep. Tulsi Gabbard (the first and only Hindu elected to Congress), former secretary of Housing and Urban Development Julián Castro (Latino), Minnesota Sen. Amy Klobuchar and Massachusetts Sen. Elizabeth Warren. In addition, fellow Sens. Bernie Sanders (I-VT.) Kirsten Gillibrand (D-N.Y.) and Sherrod Brown (D-Ohio) have noted their Oval Office ambitions. Former Vice President Joe Biden, former Rep. Beto O'Rourke, who fell short in his campaign against Republican Sen. Ted Cruz in the Texas Senate race during the 2018 midterm election cycle, and South Bend mayor Pete Buttigieg, who is openly gay, have also hinted that they are weighing a White House bids — and these names are far from the complete list.

Booker recently announced key staff hires, bringing on seasoned political operatives to lead his campaign in some of the early nominating states of Iowa, New Hampshire and South Carolina — states that can make or break a candidate's White House ambitions.

The 49-year-old lawmaker made history in 2013 as the first black senator from New Jersey. He grew up in the Garden State and served as mayor of Newark, where he currently lives, from 2006 to 2013. His policy proposals have included calling for criminal justice reform, such as reduced sentences for nonviolent offenders, and combating climate change by advocating for an expansion of clean energy. He is a supporter of the Green New Deal and embraced Sanders' call for "Medicare for All" and a $15 minimum wage, like fellow Democratic contenders for the 2020 presidential nomination — Harris, Warren and Gillibrand.

The New Jersey senator appears to have been floating the possibility of running for president in 2020 for a while.

"Of course the presidency will be something I consider," Booker told New York Magazine in September. "It would be irresponsible not to."