The victims "represent an array of minority groups," while the perpetrators and suspects "are mostly white men" 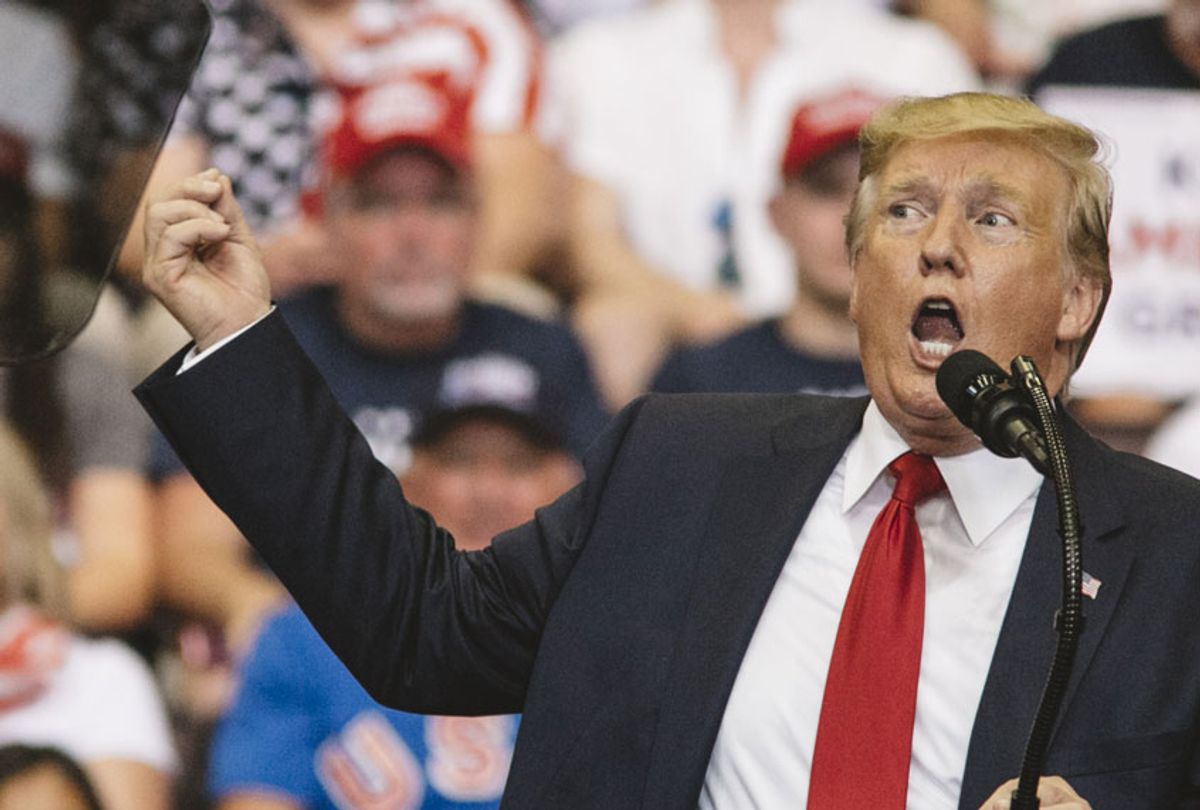 A new report reveals that more than three dozen violent or threatening criminal cases have been linked to individuals who cited President Donald Trump as at least part of the reason for their actions.

In total, at least 36 cases have been found in which Trump's name was invoked during acts of violence, threats of violence or accusations of assault, according to ABC News.

These included ten cases where the perpetrators either cheered or defended Trump while taunting or threatening others. On another ten occasions, defendants defended their violent or threatening behavior in court by citing the president and his rhetoric. In nine other cases, Trump was hailed by perpetrators either during or after physically attacking innocent victims.

"The perpetrators and suspects identified in the 36 cases are mostly white men — as young as teenagers and as old as 75 — while the victims largely represent an array of minority groups — African-Americans, Latinos, Muslims and gay men," the report said.

This is not to say that all of these cases were committed by pro-Trump perpetrators. On seven of the occasions found by ABC News, the violent or threatening acts were committed by individuals who were anti-Trump, with several focusing on Trump's congressional allies. "But the vast majority of the cases — 29 of the 36 — reflect someone echoing presidential rhetoric, not protesting it," the report stated.

The news outlet also looked back at Trump's two presidential successors, both of whom were two-term presidents, and found a sharp contrast. Trump has not yet finished his first four-year term.

"ABC News could not find a single criminal case filed in federal or state court where an act of violence or threat was made in the name of President Barack Obama or President George W. Bush," the report added.

The most recent hate crime linked to Trump's rhetoric was the Aug. 3 mass shooting at a Walmart in El Paso, Texas, which left 22 people dead and injured dozens more. The accused shooter allegedly posted a racist screed decrying a "Hispanic invasion of Texas" to 8chan before the attack, echoing the president's anti-immigrant rhetoric during the 2018 midterm elections.

Gov. Greg Abbott, R-Texas, refused to acknowledge the roles of either racist rhetoric or lax gun policies in causing the shooting, instead saying at a press conference shortly afterward that "responding to a situation like this to try to make sure that it doesn't happen again is a replication of what we just went through during the last legislative session."

"I can tell you that perhaps the most profound and agreed-upon issue that came out of all of those hearing was the need for the state and for society to do a better job of dealing with challenging mental health-based issues," the governor added.