A new survey shows Kelly with 46 percent of the vote in its predictive poll, compared to McSally's 41 percent 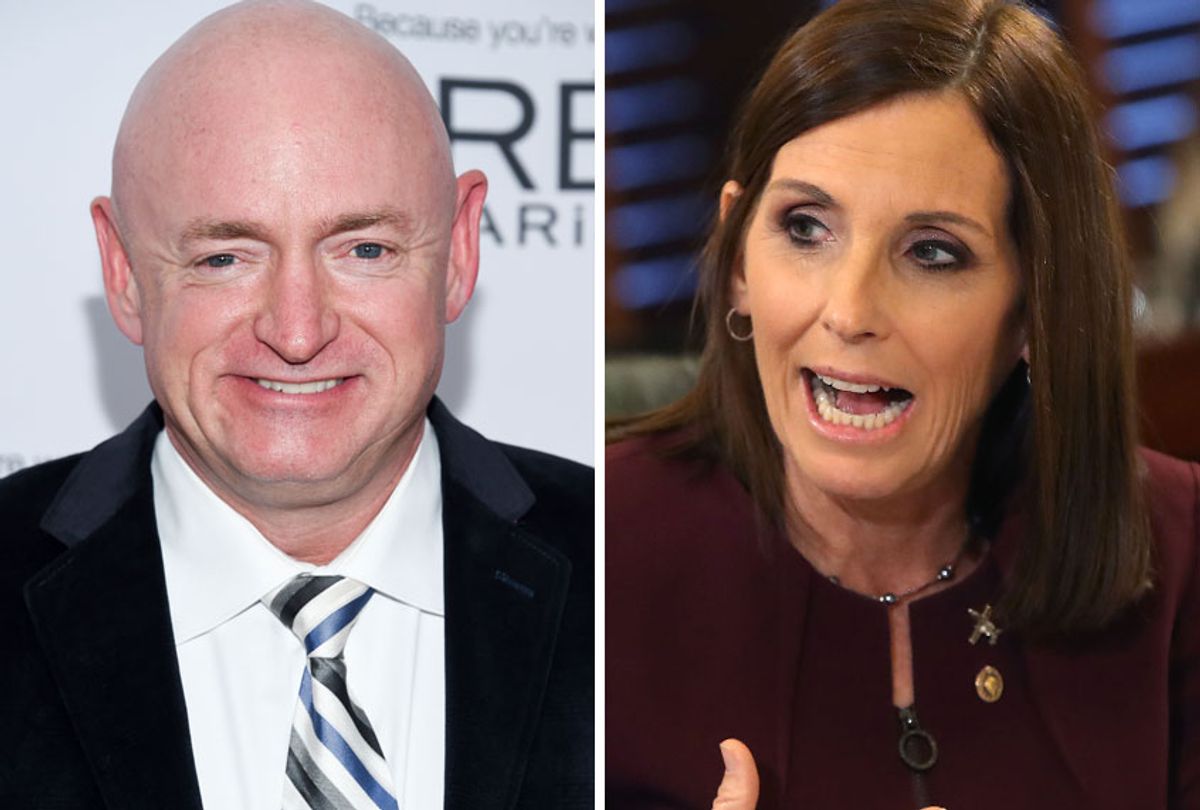 Former astronaut Mark Kelly has pulled ahead of incumbent Republican Sen. Martha McSally in a new poll for Arizona's special Senate election in 2020.

OH Predictive Insights, a Phoenix-based polling company, revealed Tuesday that Kelly is now ahead of McSally. The survey showed Kelly with 46 percent of the vote in its predictive poll, compared to McSally's 41 percent. In addition to his career as an astronaut, Kelly is also a former fighter pilot and the husband of former Rep. Gabrielle Giffords, D-Ariz., who was nearly assassinated while meeting with constituents in Tucson in 2011.

According to the creators of the poll, Kelly only has room to grow in his standing, while McSally is a known quantity. As the survey noted:

“Both are former fighter pilots although if our latest poll is any indication – astronauts fly higher than pilots, ” said Mike Noble, Chief of Research and Managing Partner of Phoenix-based research company OH Predictive Insights. “We are still in August 2019 and the Arizona Senate race is already exciting – expect the numbers to start moving when these two fundraising juggernauts start spending heavy and hard.”

The most interesting dynamic to watch in this early-developing Senate race is that McSally is defined and Kelly still has room to grow. The chart below shows McSally and Kelly’s favorability breakdown.

In a video announcing his candidacy in February, Kelly discussed being an identical twin, having a mother who worked in law enforcement, serving in the military during Operation Desert Storm and the heartbreak of nearly losing his wife during the assassination attempt.

Kelly then vowed to focus on climate change, health care, income inequality and job creation. Kelly and Giffords have also been proactive in fighting for stronger gun control laws, including playing a key role in the ultimately unsuccessful attempt to pass gun control legislation in the Senate during former President Barack Obama's second term.