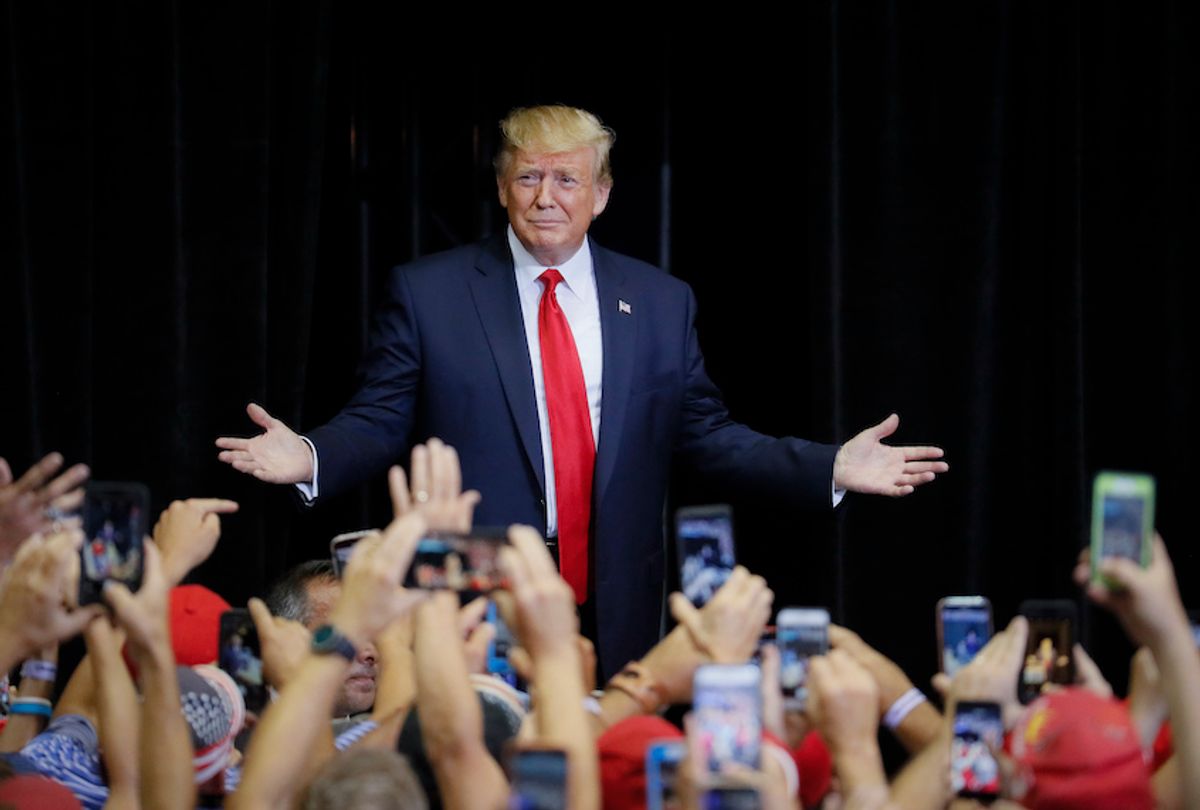 President Donald Trump said Wednesday that he is "very seriously" considering ending the right to citizenship for children born in the U.S. to non-citizens.

"We're looking at that very seriously — birthright citizenship, where you have a baby on our land. You walk over the border, have a baby," Trump told reporters outside the White House. "Congratulations, the baby is now a U.S. citizen . . . It's frankly ridiculous."

The president's statement came on the same day that his administration announced a proposal to detain migrant families indefinitely, replacing a decades-old court agreement limiting the amount of time the government is allowed to detain a migrant child to 20 days.

However, Trump did not elaborate on how he would seek to end birthright citizenship.

The ability of a president to end birthright citizenship has been challenged by many lawmakers and legal scholars, including one of Trump's own judicial nominees.

James Ho, a conservative who Trump appointee to the 5th U.S. Circuit Court of Appeals, wrote in 2011, before his appointment, that changing how the 14th Amendment is applied would be "unconstitutional."

"Opponents of illegal immigration cannot claim to champion the rule of law and then, in the same breath, propose policies that violate our Constitution," he wrote.

Trump has previously vowed to end the process by which children born in the country automatically become citizens, saying he was told the change could be made "just with an executive order."

"We're the only country in the world where a person comes in and has a baby, and the baby is essentially a citizen of the United States for 85 years with all of those benefits," the president told Axios at the time. "It's ridiculous. It's ridiculous. And it has to end." (At least 30 countries around the world grant birthright citizenship.)

Trump's comments last year were greeted with immediate pushback from lawmakers, including then-Speaker of the House Paul Ryan, R-Wis., who told a Kentucky radio station that "you cannot end birthright citizenship with an executive order."

Conservative lawyer and noted Trump dissented George Conway, the husband of White House counselor Kellyanne Conway, wrote in an op-ed at the time: "Sometimes the Constitution's text is plain as day and bars what politicians seek to do. That's the case with President Trump's proposal to end 'birthright citizenship' through an executive order."

Anti-Trump commentator and veteran GOP operative Bill Kristol also criticized Trump's remarks: "The shrinking caravan of refugees isn't a threat to the country or the constitutional order. A president who tries to end birthright citizenship by executive order is."

The president has made cracking down on immigration a signature issue of his presidency and re-election campaign, but many of the administration's sweeping proposals and executive orders have been struck down by the courts.