Ivanka Trump's new hair style: Is the bob a nod to her growing ambitions?

In the optics-obsessed Donald Trump White House, a haircut is never just a haircut 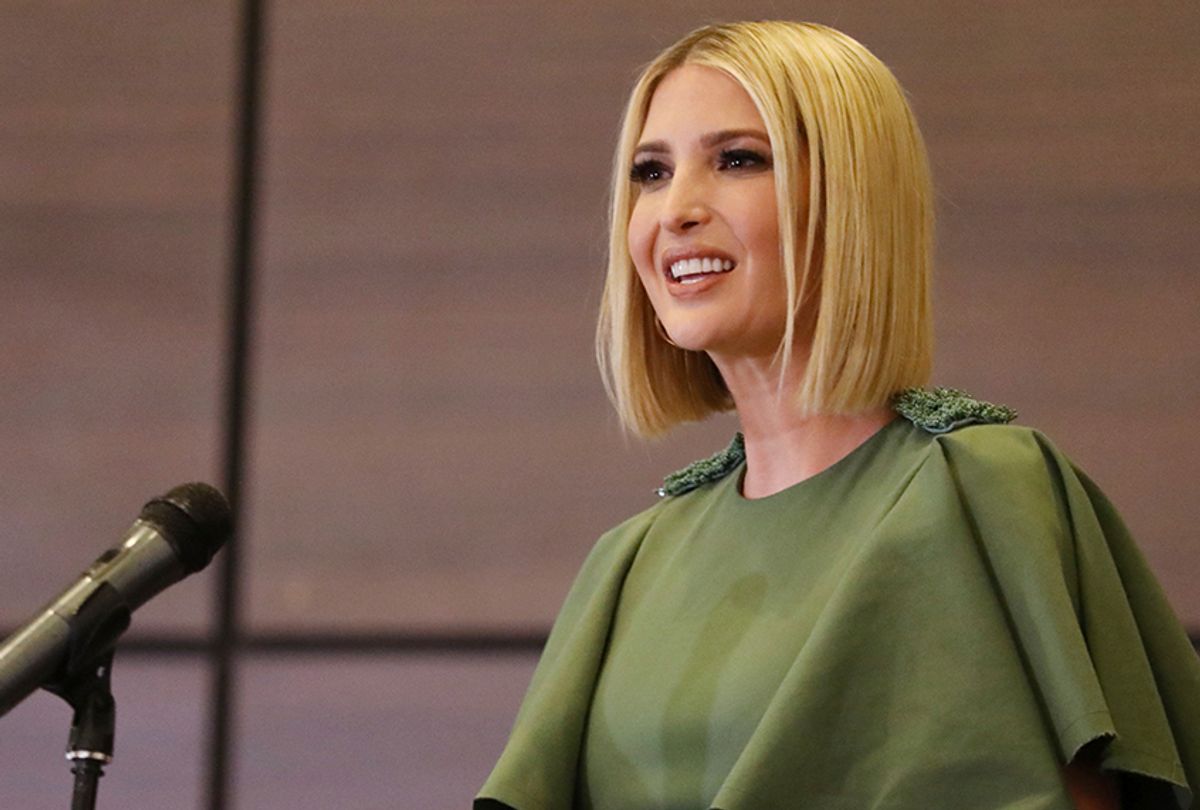 In January — just as season 2 of the HBO series “Succession” was beginning to be filmed — actress Sarah Snook told E! News about a brief sent regarding the development of her character, Siobhan "Shiv" Roy: “Think: Ivanka Trump.”

It’s a fitting directive.“Succession,” which premiered last June and returned for a second season in August, follows the Roy family, who own WayStar Royco, a media conglomerate with an uncertain future. The head of the company and patriarch of the family, Logan Roy (Brian Cox), is psychologically abusive and narcissistic, and has fathered four children who are each power-hungry in their own ways.

Shiv is the only daughter, and as the series has progressed, she emerges as something of a golden child who sees the benefit of staying in Logan’s good graces. For that reason, when watching “Succession,” it’s hard not to think of Ivanka Trump and her current muddled First Daughter-Lady-Political Advisor role in the White House.

After landing in Bogotá, Colombia Monday evening to promote the Trump administration's Women’s Global Development and Prosperity Initiative or WGDP, Ivanka tweeted out several photos that showcased a new haircut that is strikingly similar to the sleek lob Shiv debuted a few weeks ago.

Trump didn’t address her new look in the tweet, which simply read, “Thank you Vice President Marta Lucia Ramírez for the warm welcome. Looking forward to a great trip!” But the Twittersphere noticed right away, as users tweeted their approval or disdain for the look. ("A haircut will never fix her problems," one user wrote).

As did other media outlets. The Daily Beast published a pretty comprehensive look at Ivanka’s cut, alongside the history of the bob — from its “roots as an expression of freedom for women in the 1920s,” to Posh Spice’s “Pob” of the 1990s. In the piece, style writer Alaina Demopoulos spoke with several hair stylists to get their takes on what the cut could signify.

I’ll admit, I initially rolled my eyes at the premise (can’t a haircut just be a haircut?) but then I reached this comment from stylist Devin Toth: “I think that anytime someone does this chop, it gives off a ‘take me more seriously’ vibe.”

And in the context of an administration that is both obsessed with optics and simultaneously going off the rails, a hairstyle isn’t just a hairstyle — it’s an extension of the age-old adage “dress for the job you want.”

In Season 2 of  “Succession,” Shiv wants to cement her status as CEO potential; as The Decider’s Meghan O’Keefe put it, “Shiv looks like she’s enjoyed something of a total upgrade. Her clothes are slightly more stylish, her blunt haircut divine, and she’s entering family scenes roaring.”

Meanwhile, Ivanka — who brought no actual government or political experience into her White House role — has struggled to be taken seriously among world leaders.

Ivanka has spent her tenure thus far in the White House attempting to solidify her role as a legitimate political influence — with the unnamed "sources close to Ivanka and Jared" reports to try to prove it — but due to her spotty record on national and international stages, has struggled to emerge from the well-established “devoted daughter” image.

This July, the #UnwantedIvanka meme was born at the G20 Summit in Osaka, Japan, when she interrupted a conversation between British Prime Minister Theresa May, French President Emmanuel Macron, Canadian Prime Minister Justin Trudeau and head of the International Monetary Fund Christine Lagarde.

In response to her interjection, Lagarde furrowed her brow in confusion while Macron deadpanned in her direction. The rest of the group avoided eye contact with her. It was palpably awkward.

The entire exchange was captured on video and shared by the French Presidential Palace, and as I wrote then, the unspoken message was clear: “Be quiet and let the grown-ups talk.”

From there, people began photoshopping Ivanka into historic events where she obviously wouldn’t have been welcome; the list included Megan Rapinoe’s goal celebration, the meeting of Richard Nixon and Elvis Presley, Beyoncé’s Coachella performance and Marie Curie’s lab. Each included the hashtag #UnwantedIvanka.

That's all fun and games, but as Salon columnist Bob Cesca wrote, Ivanka's inclusion on that trip fueled rumors that the president might be considering replacing Mike Pence with his daughter on the 2020 ticket in an attempt to lock down a family succession of his own:

Despite Pence’s appearance of groveling loyalty, Trump might want to bring the vice presidency into the family. That would ensure that if Trump needs a pardon, it’s waiting for him no matter what — remember, the Trump crime family is all about Mafia-style omertà and unquestioning loyalty. Who knows whether a hypothetical President Pence would want to spend political capital on a pardon? That might not be in his self-interest. With a Trump-Trump ticket, dad is free to resign at any time after he’s sworn in for a second term, followed by an immediate pardon from his daughter, the new president. And as a bonus, the Trump presidential dynasty is established!

The timing of the new cut — summer is over, and the 2020 campaign season begins in earnest — suggests Ivanka might be trying out more than just a new look. In any other administration, this would be ridiculous conjecture, but she works for Donald Trump. And while the president reportedly likes the women who work for him to "dress like women," he's also very invested in an aesthetics-obsessed "central casting" approach to hiring, in which certain roles need to be filled with people who look the Hollywood-idealized version of the part. Could a business-like lob be a signal from Ivanka that she's ready and willing to take on a larger role in the new family business?

In 2017, Salon’s Erin Keane dissected the “Ivanka Drive-By,” a term coined by CNN to describe her habit of interrupting official meetings just to visit Dad, which echoed her childhood habit (or perhaps directive) to call her father while he was in meetings with industry titans and say “cute things.”

Keane concluded that piece by saying that the “White House is a place for adults.” It’s a sentiment that was echoed by Rep. Alexandria Ocasio-Cortez (D-NY), who tweeted following the G20 Summit that being someone’s daughter isn’t actually a career qualification. In the context of our current administration, it bears being said that neither is a grown-up haircut.