"I have never seen anything like this in my 30-plus years in state government," Gov. Roy Cooper claims 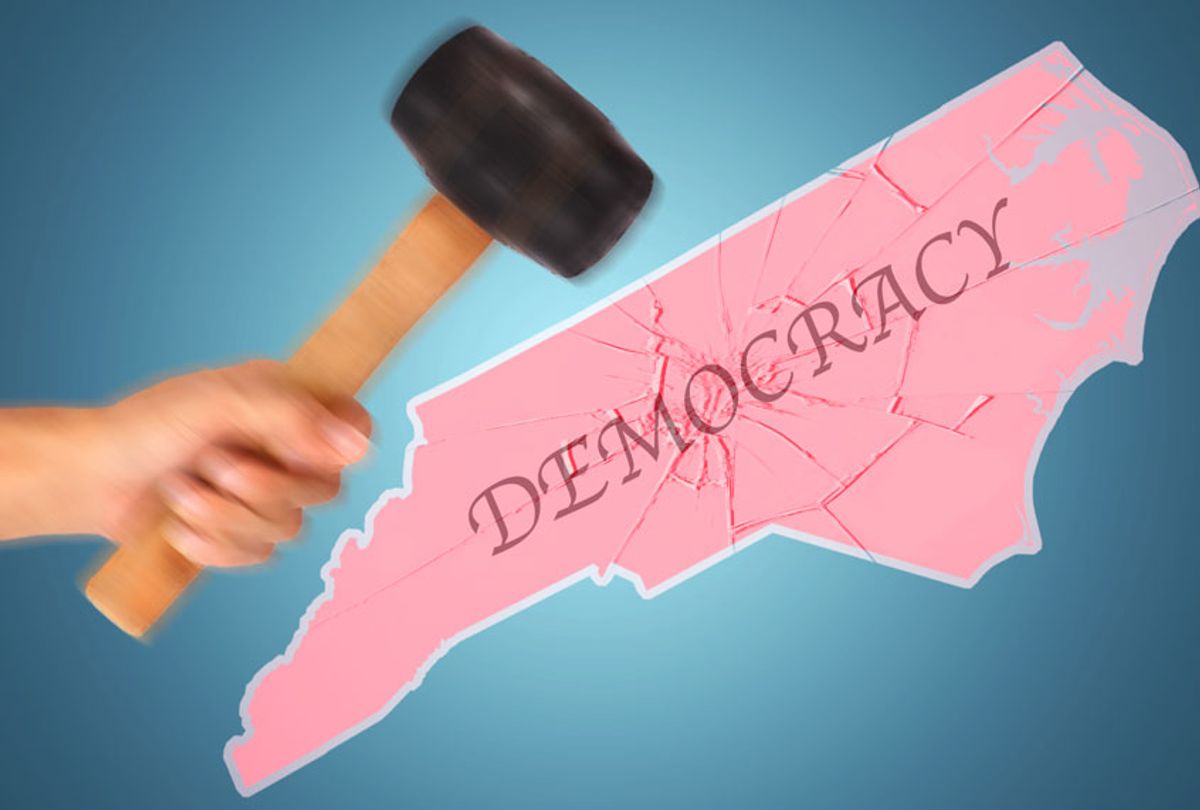 Democrats expressed outrage Wednesday after Republicans in the state's House of Representatives held a surprise early morning vote to override a budget veto issued by Gov. Roy Cooper — without most of their colleagues from the other side of the aisle present.

The bill to override Cooper's veto passed by 55 to 9, with only 64 of the 120-member House of Representatives present for vote, according to the Raleigh News & Observer. When Republican State Rep. Jason Saine issued the motion to reconsider the state budget, Democrats in the chamber claimed they had been told there would be no voting during the early morning session. Denying that was the case, House Speaker Tim Moore, also a Republican, forced the motion through to a vote.

"This is a travesty of the process and you know it," Democratic Rep. Deb Butler said as she pointed out that Democratic leaders were not present. "We will not yield."

She later tweeted, "Thank you Twitter for the support. If you can’t win in the court of public opinion, and you can’t win fair and square, you resort to trickery. I stand with you NC."

Gov. Cooper condemned the rushed vote as "an assault on our Democracy," telling reporters that "today, on the 18th anniversary of 9/11, while the state was honoring first responders, Republicans called a deceptive, surprise override of my budget veto. On a day when tragedy united our country, we should be standing together despite party."

He characterized the House Republican caucus as "laying in wait, ready for this," and added: "I have never seen anything like this in my 30-plus years in state government."

Cooper later appeared on MSNBC to tell anchor Ali Veshli that the move was "illegal."

"I also believe that it is unethical, and I think it’s all part and parcel of this Republican leadership and our legislature, which in fact is not reflective of who we are as North Carolinians," the governor added.

This is the latest in a series of Republican political victories in North Carolina, which have been harshly criticized by outsiders as politically unethical. The state's legislative districts were found in court to have been gerrymandered using racial and other partisan criteria in order to keep Republicans in power regardless of the will of the people.

On Tuesday, a special election had to be held in North Carolina's 9th Congressional District after the state's Board of Elections determined the previous race — held during the 2018 midterm elections — had been tainted by voter fraud. (A new Republican candidate ultimately won a narrow victory in that election.)

North Carolina Republicans have also worked hard to disempower Roy Cooper after he was elected to the governorship last year, with the Republican-led legislature passing laws that would strip him of his powers before he took office.

"Most people might think that this is a partisan power grab, but it is really more ominous," Cooper said at a news conference in Raleigh at the time after Republicans called a special legislation session to introduce a host of new restrictive bills. "This is about thwarting the governor's ability to move us forward on education and health care and clean air and water."