"Three hours, not one question on abortion — with women's rights under attack across our country," O'Rourke tweeted 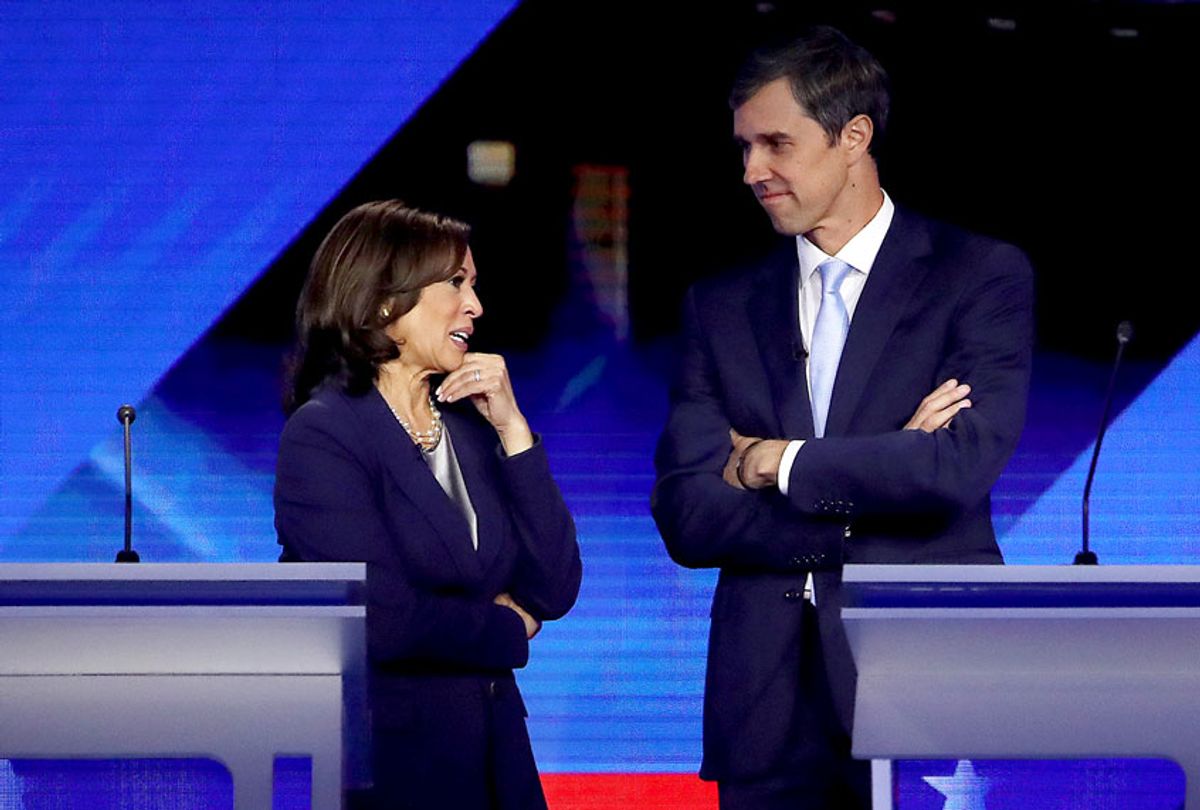 Across nearly three hours of debate, the Democratic presidential candidates sparred on a host of hot-button topics, including gun control, health care, immigration and even penguins. But noticeably absent from moderators' questions were the topics of abortion access or reproductive rights, more broadly.

Minutes after stepping off the primary debate stage, several presidential hopefuls took to Twitter to lament that omission.

"Three hours, not one question on abortion — with women's rights under attack across our country," wrote former Texas Rep. Beto O'Rourke.

California Sen. Kamala Harris issued a similar statement, tweeting: "The #DemDebate was three hours long and not one question about abortion or reproductive rights."

Reproductive rights and other so-called "women's issues" such as pay equity, maternal mortality and workplace discrimination are a top issue for Democratic and Democratic-leaning voters, according to polls of the 2020 race. Reproductive rights were also missing from the second-round of Democratic primary debates in July.

"Once again for the cheap seats: forced pregnancy laws are becoming the norm. Legislators are opening talking about criminalizing women. The fundamental freedom of over half the population is at stake and NOT ONE QUESTION ABOUT ABORTION. #DemDebate #DemocraticDebates," Ilyse Hogue, the president of NARAL Pro-Choice America, tweeted.

Planned Parenthood tweeted, "At tonight’s #DemDebate there was not *one* question on reproductive health care — despite the fact that the Trump admin has been relentless in its attacks on our nation's program for affordable birth control. #ProtectX"

The topic's absence is especially notable at a time when dozens of Republican-led state legislatures across the country are working to push measures to curb abortion access. Opponents of legal access to abortion have been emboldened in recent months by the transformation of the Supreme Court with the confirmation of Justice Brett Kavanaugh, which secured a conservative majority on the nation's highest court for decades to come.

On May 15, Alabama's GOP Gov. Kay Ivey signed into law a ban on abortion at any time, absent a medical emergency. The legislation, called the Human Life Protection Act, prohibits abortions at every stage of pregnancy. And it is poised to become the country's most restrictive ban on abortion: A doctor could be charged with a felony and face up to 99 years in prison for performing an abortion in most circumstances.

Roughly a week later, Gov. Mike Parson of Missouri, also a Republican, signed a bill banning abortions eight weeks into pregnancy, even in cases of rape, incest or human trafficking. The legislation declares that "God is the author of life" and the "state and all of its political subdivisions are a 'sanctuary of life' that protects pregnant women and their unborn children." The bill would criminally penalize a non-complying doctor, and Gov. Mike Parson, a Republican, is expected to sign it into law.

States including Georgia, Ohio, Kentucky and Mississippi have passed so-called "heartbeat" bills outlawing abortions once a fetal heartbeat can be detected, which can be as early as six weeks and before many women know they are pregnant. Utah and Arkansas also voted to ban the procedure after the second trimester.

Most recently, Texas state Rep. Briscoe Cain called for abolishing the state of Austin over a dispute between the city and the state on abortion funding.

The measures, along with similar proposals currently under consideration in dozens of states, are the latest effort by conservatives to challenge Roe v. Wade, the landmark Supreme Court decision from  1973 which said a woman has a constitutional right to end a pregnancy until the fetus is developed enough to live outside the uterus.