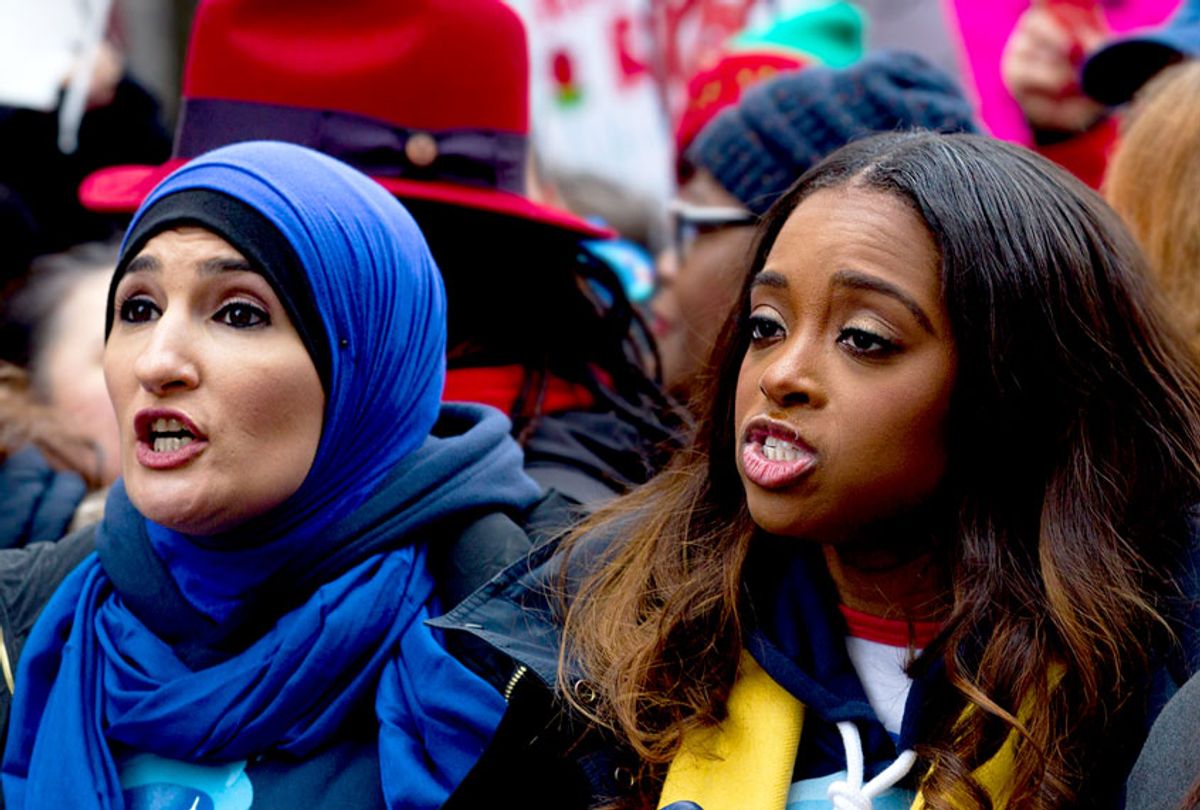 Tamika Mallory and Linda Sarsour, two inaugural members of the Women's March organization who have faced charges of anti-Semitism, stepped down from the organization's board in July.

Co-chair Bob Bland also departed the organization as it shakes up its leadership ahead of the 2020 presidential election, according to the Washington Post.

Both Mallory and Sarsour have been accused on various occasions of using the Women's March as a platform for statements or attitudes their critics have claimed were hostile to Jews. It is unclear whether those accusations played a role in their departures from the organization.

Mallory has been criticized for her ties to the Nation of Islam and its anti-Semitic leader Louis Farrakhan, including an occasion when she attended an event where Farrakhan made anti-Semitic remarks. Sarsour has also made remarks about Israel that have drawn criticism, as when she claimed that Zionism and feminism were incompatible. She has also supported the BDS movement and its boycott of Israel, seen by some as motivated by a desire to delegitimize the Jewish state.

The 16-member board of the Women's March, which includes three Jewish women, has also included Zahra Billoo, a controversial figure who heads the San Francisco Bay Area chapter of the Council on American-Islamic Relations. According to the Forward, Billoo has posted tweets claiming that "apartheid Israel kills children as a hobby" and that "Zionism is a very real threat to our national security."

Perceived anti-Semitism has received increased attention in recent years in the U.S. amid controversial remarks from both sides of the political aisle. Rep. Rashida Tlaib, D-Mich., was criticized for tweeting in January that supporters of a bill permitting state and local governments to ban contracts with BDS supporters "forgot what country they represent." Rep. Ilhan Omar, D-Minn., claimed on Twitter a month later that backers of that bill were "all about the Benjamins baby." Both tweets were denounced for playing on anti-Semitic stereotypes that American Jews have dual loyalties and that Jewish people are associated with money.

Last month, President Donald Trump alleged that the Democratic Party is anti-Israel, going on to say, "I think any Jewish people that vote for a Democrat, I think it shows either a total lack of knowledge or great disloyalty." He later added, "If you vote for a Democrat, you're being disloyal to Jewish people, and you're being very disloyal to Israel. Only weak people would say anything other than that."