Nancy Pelosi: President Trump's re-election would do "irreparable damage to the United States"

“We have some serious repair and healing to do in our country from what he’s done,” she tells George Stephanopoulos 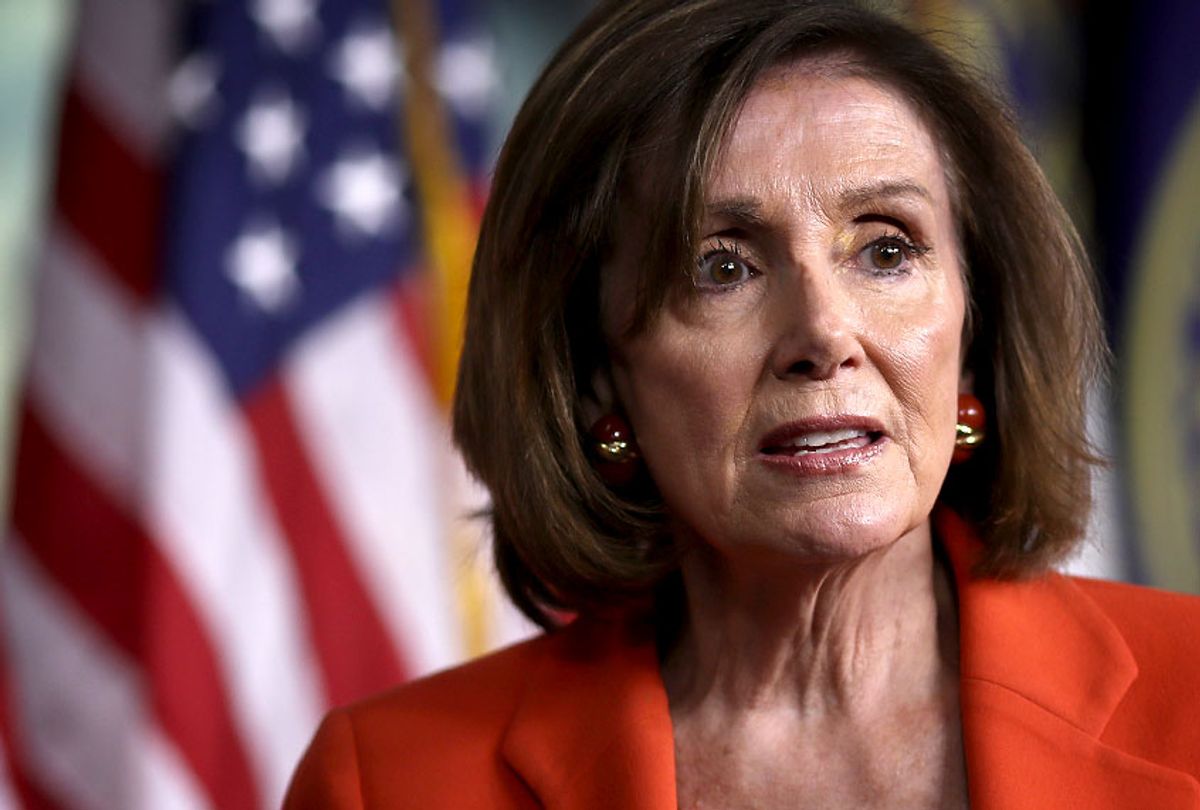 “We have some serious repair and healing to do in our country from what he’s done so far,” Pelosi said after clarifying that her comments were “separate” from her views on impeachment. “I’m not sure that two terms — it might be irreparable.”

Prior to the revelation last month that Trump had asked Zelensky to dig up dirt on Joe Biden, one of his chief rivals in the 2020 election, Pelosi had been an outspoken opponent of impeachment. She told the Washington Post at the time that her concern was that impeachment was "so divisive to the country that unless there’s something so compelling and overwhelming and bipartisan, I don’t think we should go down that path.”

Because 20 Republican senators would have to vote to convict the president in order to forcibly remove him from office, even if the House votes to impeach Trump, he is unlikely to be convicted in a trial in the upper chamber, allowing for the possibility that Trump will seek to frame the vote as a vindication of his conduct.

Pelosi’s position changed after an anonymous whistleblower came forward to accuse Trump of attempting to interfere in the 2020 election during his phone call with Zelensky. There is no evidence that Biden abused his power while vice president. The incumbent prosecutor was pressured to resign over accusations that he had ignored the corruption in his own office.

Following her interview with Stephanopoulos, Pelosi was criticized by Republicans for a moment in which she incorrectly claimed that Rep. Adam Schiff, D-Calif., had quoted Trump’s conversation with Ukrainian President Volodomyr Zelensky during his remarks at a hearing conducted earlier this week by the House Intelligence Committee.

“I know you support Chairman Schiff, but was it right for him to have that dramatic interpretation of the president’s transcript of the phone call at the hearing last week?” Stephanopoulos asked Pelosi.

“I want the American people to know what that phone call was about. I want them to hear it,” Pelosi replied. “So, yeah, it’s fair. It’s sad, but he was using the president’s own words.”

“Nancy Pelosi lying again! She claims Liar Adam Schiff was ‘using the president's own words. He did not make it up,” Harrington wrote. “Yes he did! Schiff had to fabricate a conversation because the real one totally vindicated @realDonaldTrump!”

On Wednesday, Trump claimed on Twitter that Schiff had lied in his remarks, accusing the California congressman of “fraudulently fabricating a statement” and describing him as “sick.” Trump has also claimed, without offering evidence, that Schiff had helped the whistleblower write the complaint against Trump about the Ukraine phone call.