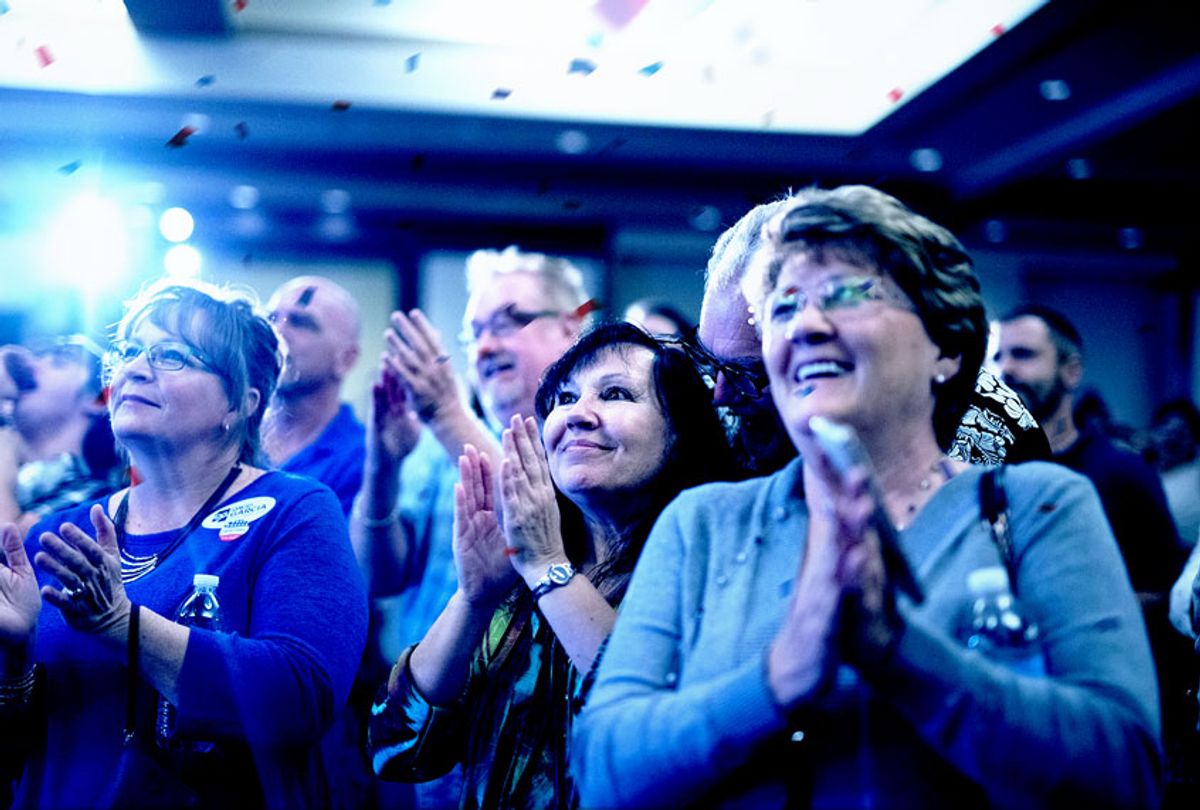 Democrats seized control of the Virginia House of Delegates and Senate on Tuesday, shifting the balance of power in the state from red to blue for the first time in more than two decades.

In flipping both chambers of the state legislature, Democrats are set to control all three branches of government in Virginia. The win marks the third election in a row since President Donald Trump was elected in which Virginia Democrats have made significant gains.

Under Gov. Ralph Northam, who faced calls to resign from office earlier this year amid a blackface scandal, Democrats are poised to advance a set of liberal policies long thwarted by legislative Republicans.

Pre-election polling indicated the top issues in the race were ones that largely favored Democrats: raising the minimum wage to $15, fighting climate change and taking up gun control measures, especially after a mass shooting in Virginia Beach this year, where a gunman killed 12. Trump's policies and the impeachment inquiry motivated voters across all political stripes.

That victory, along with the win of Del. John J. Bell for a state Senate seat long held by Republican Richard H. Black, who retired, gave the Democrats their majority in the state's upper chamber.

Other notable winners on Tuesday included Democrat Shelly Simonds, who faced off against Republican Del. David Yancey two years after their 2017 contest resulted in a tie and was decided by a random drawing on live television. Simonds won decisively in the rematch in a district that was redrawn this year under a federal court order aimed to correct gerrymandering.

Republican Chris Jones, chairman of the House Appropriations Committee, was upset by Democrat Clinton Jenkins, a small-business owner, in a district that was also redrawn under court order.

And Tim Hugo, the longtime incumbent and last Republican in Northern Virginia, lost to Democrat Dan Helmer, a lieutenant colonel in the Army Reserve and former Rhodes scholar.

"The era of Republican obstruction in the Commonwealth of Virginia is now over," former Gov. Terry McAuliffe, a Democrat, said in a statement. "While tonight we celebrate the history we have made, tomorrow we must begin rewarding voters with action."

Virginia saw a massive blue wave on Tuesday, even though Democrats seemed politically wounded heading into an election year after scandal engulfed all three of Virginia's top Democrats earlier this year.

It began after a racist photograph on Northam's medical school yearbook page surfaced in February. Northam initially admitted that he had appeared in the "clearly racist and offensive" picture only to later walk back his comments. The party was soon thrust further into turmoil after two women accused Lt. Gov. Justin Fairfax of sexual misconduct, which he denied. Soon after, Attorney General Mark Herring, who had called on Northan to resign, admitted that he, too, wore blackface as a college student.

But the media appeared to lose interest in the story, worrying embattled Republicans who hoped to use the scandal to benefit them politically. In the months after Northam's scandal ripped through Virginia, his approval rating ticked up and disapproval has dropped sharply.  Recent polls found that more voters approve of Northam's performance than disapprove.

Another factor helping Virginia Democrats was a court-ordered remapping of the state's congressional districts. In June, the U.S. Supreme Court upheld a lower court decision striking down earlier maps as racially gerrymandered. New maps moved an estimated 425,000 voters in 25 districts.

"The ground has shifted in Virginia government. The voters have spoken, and they have elected landmark Democratic majorities in both the Senate and the House of Delegates," Northam said in a statement in response to the sweeping Democratic wins. "I am proud of my fellow Democrats and inspired by our shared victory."