“The call is murky," Rice said as she called Trump's solicitation of Ukraine to probe a U.S. citizen "very murky" 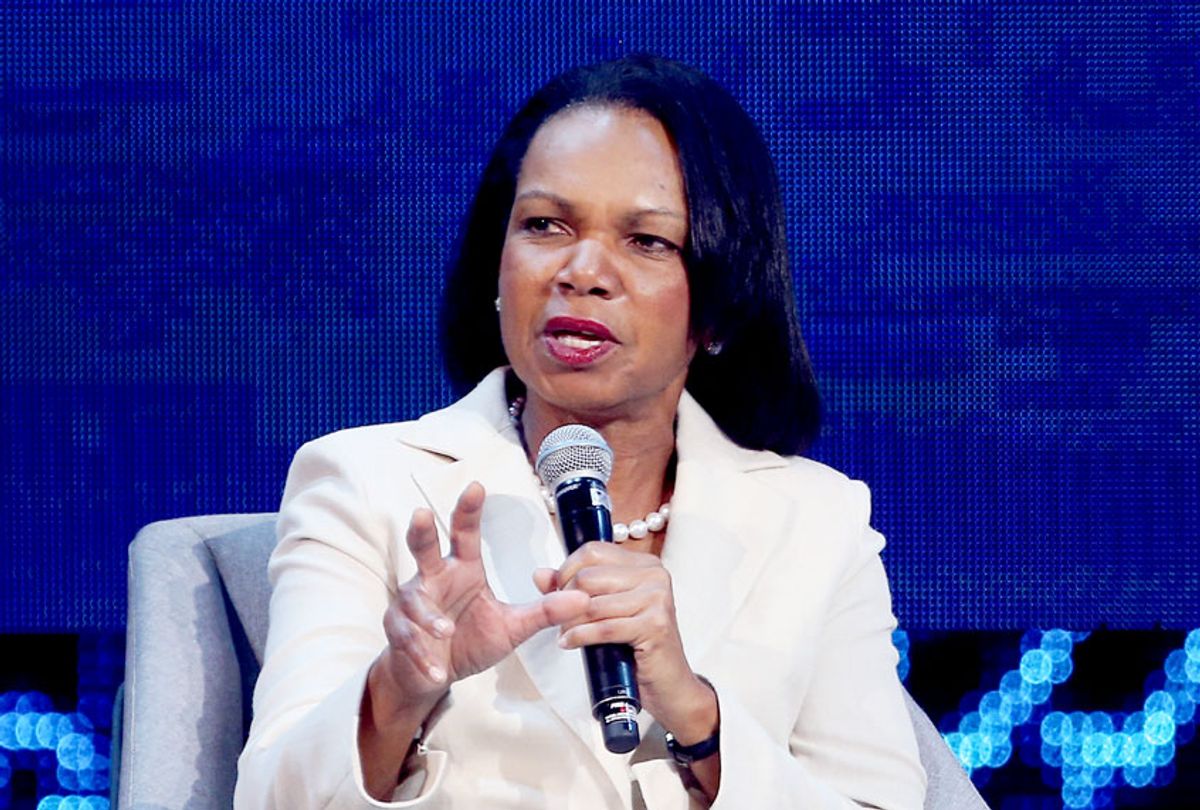 Former Secretary of State Condoleezza Rice said she was “troubled” by the whistleblower's revelations that President Donald Trump had solicited Ukraine to investigate former Vice President Joe Biden, calling the move "out of bounds."

“The call is murky. It is really murky. I don’t like for the president of the United States to mention an American citizen for investigation to a foreign,” she reportedly said at a conference in Abu Dhabi. "I think that is out of bounds."

The former diplomat also shared her dismay at testimony in the House impeachment inquiry, which described Giuliani as running a “highly irregular” shadow foreign policy channel amid attempts to dig up dirt on Biden in Ukraine. Rice added that it was “troubling” that Giuliani had allegedly contradicted State Department policy in his dealings with Ukraine.

“What I see right now troubles me. I see a state of conflict between the foreign policy professionals and someone who says he’s acting on behalf of the president, but frankly I don’t know if that is the case,” she said. “It is troubling. It is deeply troubling.”

“This is just not a good thing," Rice said. "The world shouldn’t get confusing messages from the United States of America."

Gordon Sondland, the U.S. ambassador to the European Union who was installed in his position after donating $1 million to Trump’s inauguration, testified to Congress that Trump had mandated that Giuliani’s demands for the investigations to be at the core of U.S. policy on Ukraine.

“We were also disappointed by the president’s direction that we involve Mr. Giuliani,” Sondland said in his opening statement to impeachment investigators. “Our view was that the men and women of the State Department, not the president’s personal lawyer, should take responsibility for all aspects of U.S. foreign policy toward Ukraine.”

Marie Yovanovitch, who was ousted as the U.S. ambassador to Ukraine after what she described as a smear campaign by Giuliani, alleged that Trump’s lawyer waged a war against her over her refusal to let him use the U.S. embassy in Ukraine to obtain dirt on Biden. Yovanovitch further claimed that she brought her concerns about Giuliani to State Department officials who had their own concerns about the attorney but did not think they could top him.

Fiona Hill, a former top National Security Council official, testified that then-national security adviser John Bolton was allegedly so concerned about the shadow foreign policy in Ukraine that he directed her to report it to White House lawyers.

“Giuliani’s a hand grenade who’s going to blow everybody up," Hill recalled Bolton as telling her during her testimony, adding that he described the alleged efforts as a “drug deal.”