Last month, Sondland was a "really good man" and a "great American." Now? "I hardly know the gentleman" 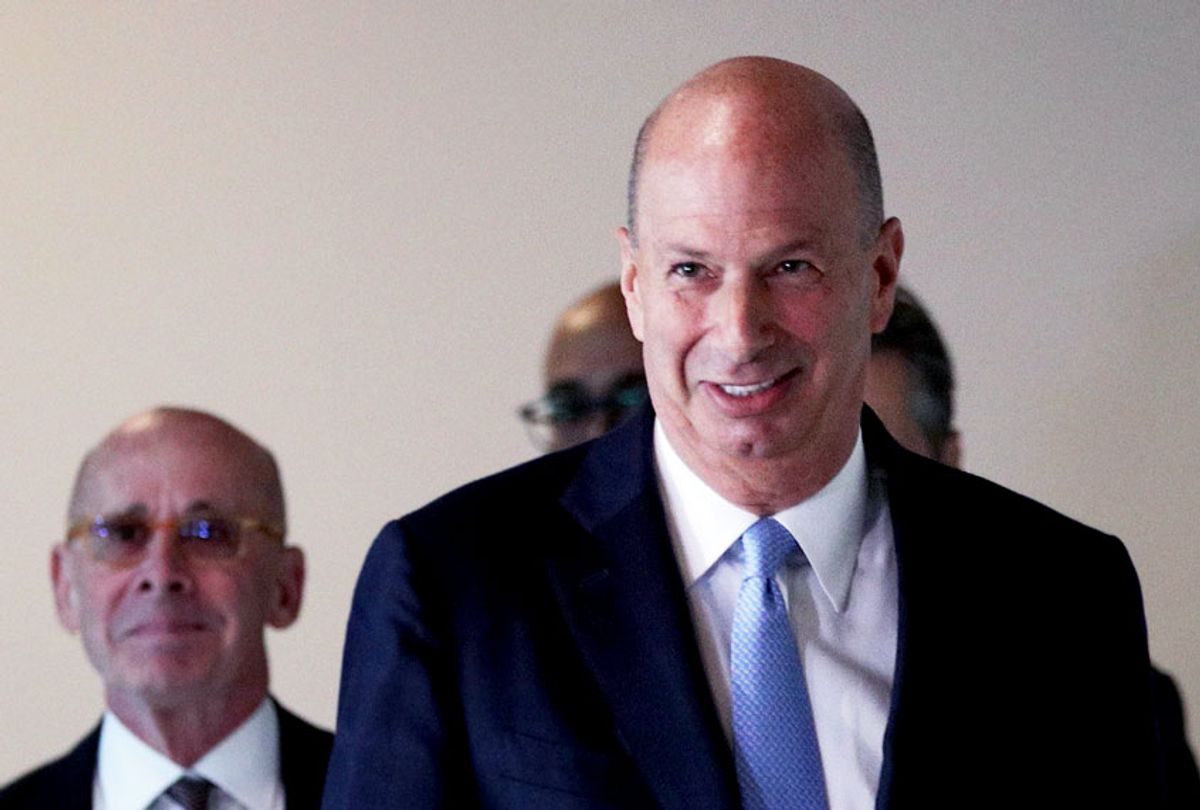 President Trump now says he “hardly” knows Gordon Sondland, whom he appointed as ambassador to the European Union, despite apparently ordering Sondland to extort the Ukrainian government into investigating Joe Biden and previously praising him as a “great American.”

Sondland, a major Trump supporter who was appointed to his post after donating $1 million to the president’s inauguration, changed his testimony to Congress this week to admit that Trump tried to force Ukraine to investigate former Vice President Joe Biden and his son Hunter by withholding nearly $400 million in military aid and a long-sought White House meeting with Ukraine’s new president.

After his revised testimony, Trump allies immediately tried to spin his close ties to the president. Sen. Lindsey Graham, R-S.C., ridiculously dismissed Sondland as a “bureaucrat” and suggested he might be working with “Democratic operatives.”

On Friday, Trump responded to questions about Sondland’s revised testimony admitting to a quid pro quo by saying, “I hardly know the gentleman."

Trump’s dubious claim came exactly a month after the president declared Sondland to be a “really good man and a great American.”

Trump’s claim is also contradicted by the testimonies of numerous administration officials, including Sondland himself.

Sondland told Congress that Trump personally “directed” him to explain to Ukrainian officials that the proposed investigation was a “condition” for the release of the military aid that “had been communicated by Rudy Giuliani.”

Fiona Hill, a former top National Security Council official, testified to Congress that Sondland claimed that Trump had put him in charge of Ukraine, according to a transcript of her deposition released on Friday.

Hill told investigators that Sondland declared in June that “he was in charge of Ukraine.”

“You’re not,” Hill said she responded, adding that Sondland then "got testy with me.”

“I said, who has said you’re in charge of Ukraine, Gordon?” she recalled. “And he said, ‘The president.’ Well, that shut me up, because you can’t really argue with that.”

Taylor, Trump’s acting ambassador to Ukraine, also testified that Sondland was a key player in the effort and was in direct contact with the president.

Trump clearly knows Sondland and had numerous discussions with him. After all, he appointed him. But the dubious claim that he barely knows "the gentleman" is part of Trump’s long-running amnesia defense, on which he has often relied at challenging moments.

Trump similarly claimed he didn’t know anything about Lev Parnas and Igor Fruman, two allies of Giuliani who helped hunt for Biden dirt in Ukraine. Trump’s denial upset Parnas so much he fired his lawyer, former Trump attorney John Dowd, and agreed to cooperate with the impeachment investigation.

Trump similarly claimed that he had never met E. Jean Carroll, the longtime columnist who accused him of rape, even though they appeared in a photo together.

Trump has used that defense multiple times when accused of sexual misconduct by dozens of women. Trump denied that he had ever met Rachel Crooks, who claimed he forcibly kissed her on the mouth at Trump Tower — even though Crooks worked at Trump Tower.

Trump has invoked that defense in other investigations. He claimed not to know George Papadopoulos, even though he praised him as “an excellent guy” and appeared in a photo with Papadopoulos after he was named a campaign adviser.

“I know nothing about WikiLeaks,” Trump said after the arrest of WikiLeaks founder Julian Assange. “It’s not my thing.” But during the 2016 campaign, Trump repeatedly praised WikiLeaks for publishing stolen Democratic emails.

Trump even denied knowing former acting Attorney General Matt Whitaker when he came under fire — two days after Trump appointed him and weeks after he praised Whitaker on Fox News.

Trump invokes the amnesia defense even when he isn’t facing potential legal ramifications.

When asked about rapper Lil Jon’s criticism of him, Trump told reporters, “I don’t know who Lil Jon is. I don’t — I really don’t.”