A second official allegedly overheard Trump’s call with Sondland. Russia may have, too

Trump claims he knows "nothing" about the call, but two career embassy officials allegedly overheard it in public 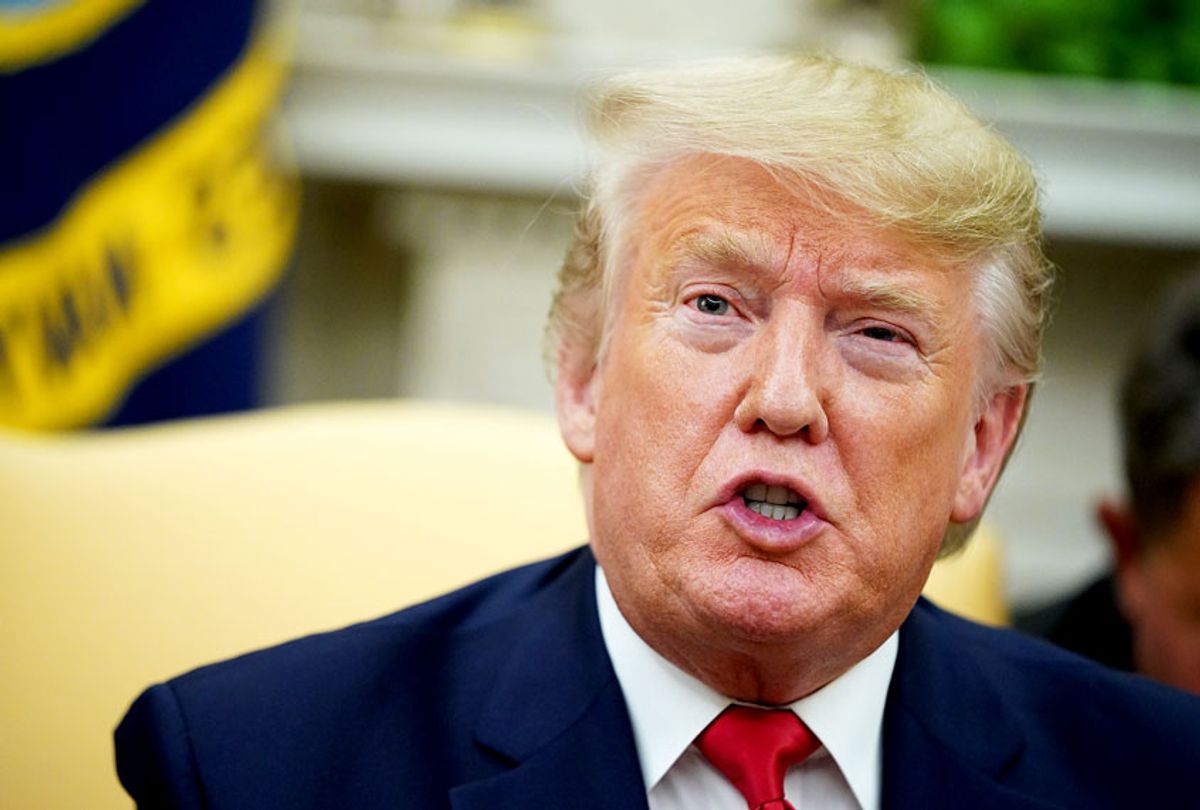 A second staffer at the U.S. embassy in Kyiv overheard President Donald Trump’s phone call to Ambassador to the European Union Gordon Sondland about the “investigations” he asked Ukraine to launch the previous day, the Associated Press reports.

The report comes after Bill Taylor, the top U.S. diplomat in Ukraine, testified to the House Intelligence Committee on Wednesday that one of his staffers overheard a July 26 phone call on which Trump pressed Sondland about the “investigations” that he requested from Ukrainian President Volodymyr Zelensky on the July 25 phone call at the heart of the impeachment inquiry.

According to the AP, a second embassy staffer, Suriya Jayanti, who was sitting at the table with Sondland, also overheard the call. Jayanti had been scheduled for a closed-door deposition in the impeachment probe last month, but it was canceled due to the funeral of former House Oversight Chairman Elijah Cummings, D-Md.

Trump has claimed that he did not know anything about the phone call that two embassy staffers allegedly overheard.

“I know nothing about that — first time I’ve heard,” Trump said during a news conference Wednesday. “The one thing I know about Sondland is that he did speak to me for a brief moment, and I said, ‘No quid pro quo.’”

Sondland, who has extensive firsthand information, will testify publicly next week. David Holmes, the staffer mentioned by Taylor, will give a closed-door deposition Friday.

Taylor told Congress that Holmes “could hear President Trump on the phone asking Ambassador Sondland about ‘the investigations.’”

“Ambassador Sondland told President Trump that the Ukrainians were ready to move forward,” he testified, adding that he understood the “investigations” to refer to Trump’s demand for Ukraine to investigate the Bidens and a non-existent Democratic National Committee server.

Taylor further testified that Sondland acknowledged that Trump “cares more about the investigations of Biden, which [Rudy] Giuliani was pressing for.”

Current and former government officials were stunned by the revelation that Sondland used a cellphone to speak with the president at a public area in Ukraine. Diplomats and government employees are instructed to avoid using cellphones for sensitive matters out of concern that they could be targeted for surveillance by foreign powers like Russia.

“That phone call was also a mistake — the way it was conducted — and it had huge implications for our foreign policy,” former Russian ambassador Michael McFaul told the AP. “Obviously, making a phone call from Kyiv to the president of the United States means that not just the Russian intelligence services will be on the call, but a whole lot of other people, too . . . A lower-level official would probably be reprimanded for this kind of breach.”

Last month, former National Security Council official Fiona Hill testified that she believed Sondland presented a counterintelligence risk because he frequently gave out personal cell phone numbers and “was often meeting with people he had no information about.”

“All of those communications could have been exfiltrated by the Russians very easily,” she testified.

Marc Polymeropoulos, a former CIA official who oversaw the agency’s operations in Europe and Russia, told CNN that there was “little doubt that the Russians and perhaps multiple other foreign intelligence services would have intercepted this call.”

Larry Pfieffer, the former chief of staff to then-CIA Director Michael Hayden, told The Washington Post that “the security ramifications” of Sondland’s call are “insane.”

“In a country that is so wired with Russian intelligence,” he said, “you can almost take it to the bank that the Russians were listening in on the call.”