Schnatter says the company misses him: "I've had over 40 pizzas in the last 30 days, and it's not the same pizza" 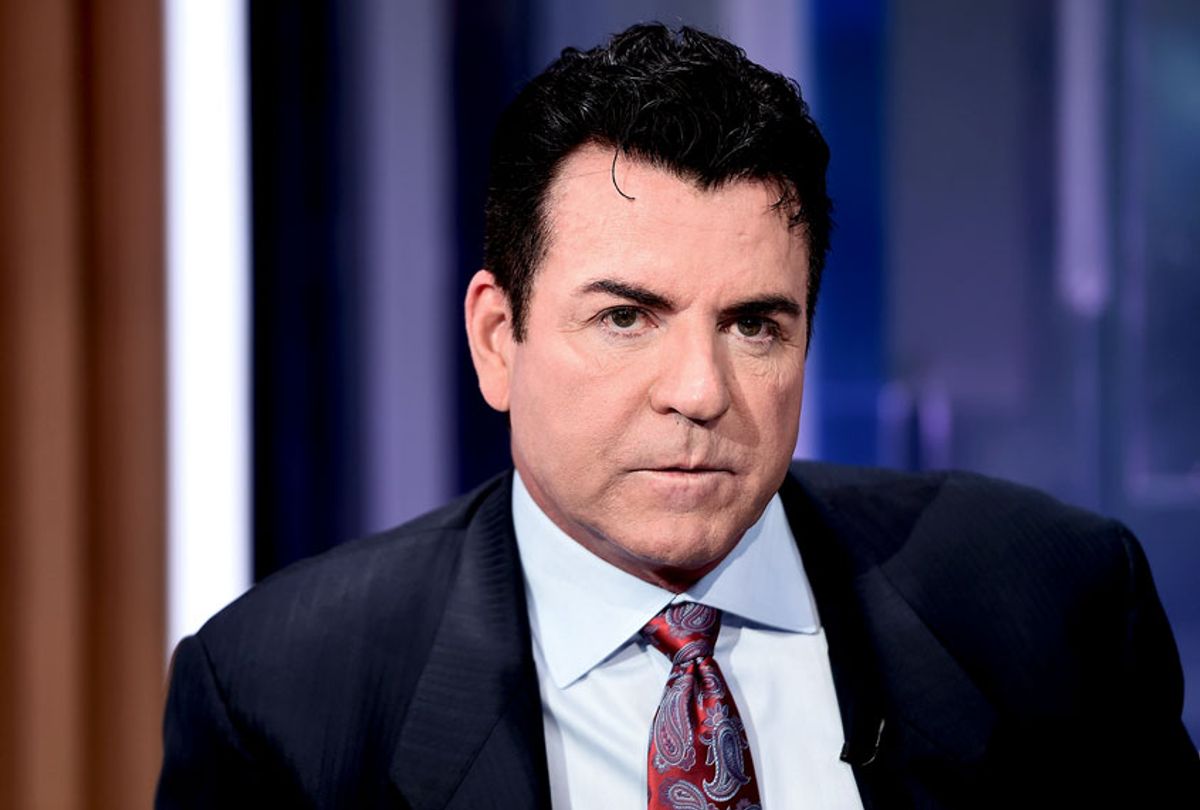 Papa John’s founder John Schnatter now claims that he was set up when he was forced out of the company he started 35 years ago after admitting to using a racial slur on a conference call on diversity training.

Schnatter, a Trump donor who complained about having to provide health coverage to employees and criticized NFL players who protested racial injustice, resigned in 2018 after he admitted to using the N-word. Downplaying the significance of his criticism of NFL players, Schnatter reportedly said that KFC founder Colonel Sanders “called blacks n-----s.” Schnatter “apparently intended for the remarks to convey his antipathy to racism,” Forbes reported. Public backlash and internal pressure ultimately forced him out of the company.

But Schnatter alleged that he was set up in an interview with Fox affiliate WDRB on Monday.

"I never dreamed that people that I cared about, that I loved, that I made multimillionaires, would do what they did," Schnatter told the outlet. "They fabricated it. Shame on them . . . I just didn't know it would happen from people on the inside doing this. I thought it would come from the outside."

Despite admitting to using a racial slur, Schnatter again insisted that he only did it to “convey his hatred of racism,” the outlet noted.

"This is all a farce," he said. "Nothing sells like the truth, and the truth, sooner or later, all comes out."

Schnatter claimed that Steve Ritchie, his longtime friend and hand-picked successor, and the board of directors “all used the black community and race as a way to steal the company.”

“They stole the company, and now they’ve destroyed the company,” he said, alleging that some members of the company’s board “should be in jail.”

"What they've done is just wrong, and they've hurt a lot of people,” he said. “It's a miserable place over there . . . They're losing all of their good people.”

Ritchie has since resigned and was replaced with former Arby’s President Rob Lynch.

Schnatter insisted that the company has suffered since his ouster, noting that he had eaten more than three dozen Papa John’s pizzas in the past month.

"I've had over 40 pizzas in the last 30 days, and it's not the same pizza," Schnatter said. "It's not the same product. It just doesn't taste as good. The way they're making the pizza is just not fundamental to what makes a Papa John's pizza.”

He went on to claim that if he returned to the company, workers would be “doing backflips” and “bouncing off the wall.”

"Stay tuned: The day of reckoning will come," he warned. "The record will be straight."

The interview marks a significant departure from his conciliatory tone in the wake of his resignation.

“I can’t talk like that, even if it’s confidential and it’s behind closed doors,” he told WHAS at the time. “I did it. And I own it. And I’m sorry. And I’m sick about it, frankly.”

After his resignation, the company removed his image from all promotional materials and the Papa John’s logo. Schnatter then tried to mount a comeback and launched SavePapaJohns.com in an attempt to offer his account of what happened. He went on to accuse the company’s executives of sexual harassment and bigotry.

Why is he speaking out now? Reporter Darren Rovell noted that he “has cashed in $270 million in stock over the last nine months.”

Schnatter’s interview was widely met with derision, with many Twitter users pointing out his “commitment to wearing gaudy red button-downs even if they can’t have the papa john’s logo anymore” and questioning why he looked like he was sweating “pizza grease.”

“There’s really not that much difference between Papa John’s interview and the last time Trump called into Fox,” tweeted Democratic strategist Adam Parkhomenko.

“Are we talking personal pizzas or larges,” added journalist Adam Johnson, “because it will affect how impressed I am with Papa.”