"His interventions actually just created more inefficiency in the process," one official complained of Kushner 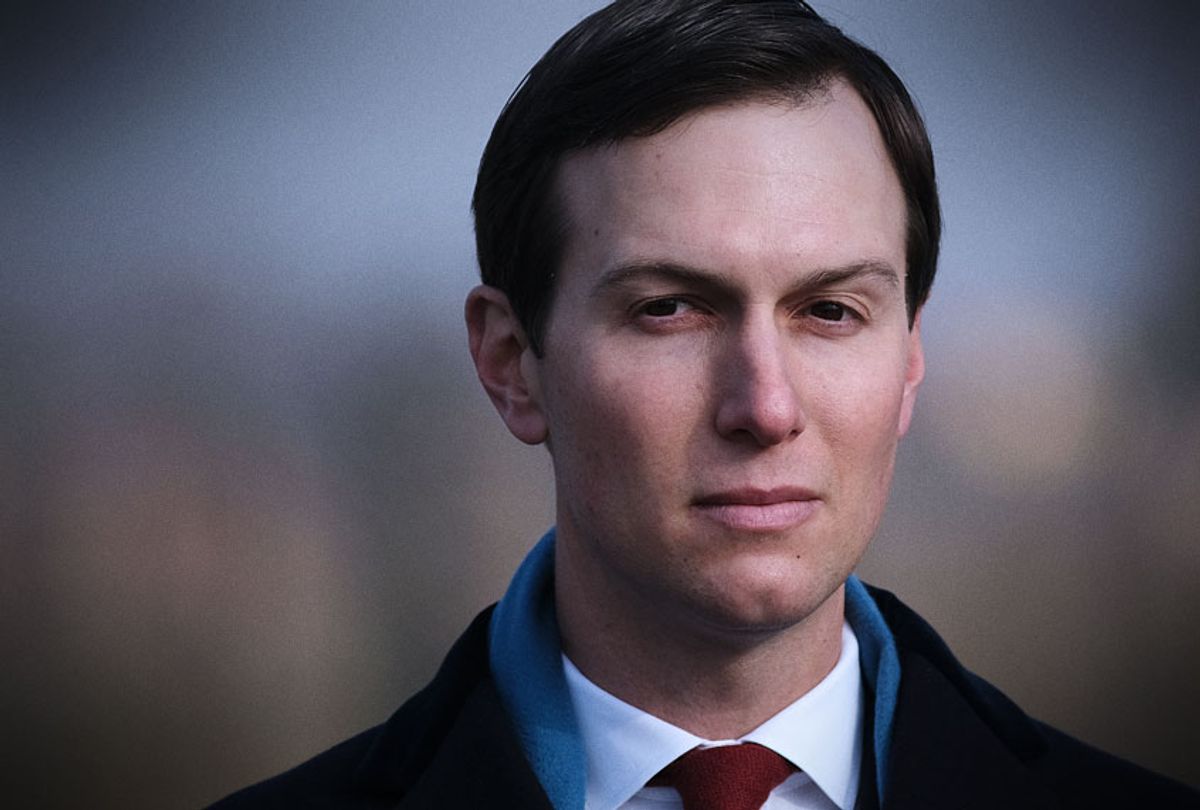 President Donald Trump has reportedly tapped White House adviser Jared Kushner to jumpstart the construction of his stalled border wall, and some officials claim that the president’s son-in-law’s interventions are slowing down the process.

Trump has made Kushner the “de facto project manager” for the wall out of frustration that there has been little progress on his signature campaign promise as he heads into a re-election year, The Washington Post reports. Kushner now runs biweekly meetings on the progress of construction and relays Trump’s wishes related to his wall to officials.

Among Kushner’s new initiatives is to press Customs and Border Protection (CBP) and the Army Corps of Engineers to expedite the process of seizing private land along the border. Officials told The Post that the government will need more than 800 filings to seize private property in order to meet Trump’s goal of building 450 miles of the wall along the southern border. In Texas alone, nearly all of the 166 miles of new planned barriers would have to be built on private land.

Much of the “wall” being built on the border so far is merely replacement barrier for fencing which was already in place for years. Only 83 miles of new barriers have been built, with nearly all of it labeled “replacement wall.” With Democrats blocking funding for the wall and Mexico, who Trump said would pay for the wall, refusing to pay for it, the Trump administration has chosen to reallocate funds from military projects to cover some of the costs.

Mark Morgan, the acting CBP commissioner, denied to The Post that Kushner lacks the qualifications to turn the project around.

But some career officials have “clashed” with Kushner over some of his plans, such as installing web cameras to live-stream the construction of the wall, according to The Post. Former officials told the outlet that Kushner “displays a lack of knowledge” on policy issues, as well as the thorny politics of immigration.

Army Corps officials have also pushed back on Kushner’s “aggressive” approach to seizing private property, informing him that they are committed to “following established legal procedures,” according to the report.

Another person involved in the construction told The Post that Kushner “has annoyed officials” who say he lacks knowledge about the “realities” of the project.

“So he took a much more hands-on role in figuring out, mile by mile, how to get more wall up,” the source told The Post. “It didn’t help put wall up faster and cheaper. His interventions actually just created more inefficiency in the process.”

Some Trump allies praised Kushner for taking a more expedited approach to the wall than former Homeland Security Secretaries John Kelly and Kirstjen Nielsen, who headed up the construction before Kushner, but others claimed that those efforts were slowed because they followed proper legal procedures.

Morgan admitted that the administration’s efforts to seize private land have been problematic.

“There are very real concerns,” he told the outlet. “We’re being sued on a regular basis on multiple fronts. Land acquisition is a very, very challenging process. We’re trying to become more efficient and get more done. There are real challenges.”

Trump previously offered to “pardon” aides if they broke any laws trying to seize private land to speed up the wall construction.

The border wall adds to Kushner’s ever expanding portfolio, which already includes negotiating a Middle East peace deal, stopping the opioid crisis, overseeing trade talks with China and Mexico, leading efforts to reform the criminal justice system, negotiating immigration reform, overhauling the Department of Veterans Affairs and the entire federal government, as well as a role on Trump’s re-election campaign.

The new addition to his vast to-do list drew skepticism from critics.

“I guess Jared must have already finished bringing peace to the Middle East now that he’s moved on to a new assignment,” Washington Post columnists Max Boot tweeted.

“If you were worried that Trump would somehow get his wall built, he’s done the one thing that assures that it will NOT happen,” Ron Klain, an adviser to former Vice President Joe Biden, added. “He’s put Jared in charge.”