Kostiantyn Kulyk, one of Giuliani’s earliest contacts in Ukraine, was given a dismissal notice last week 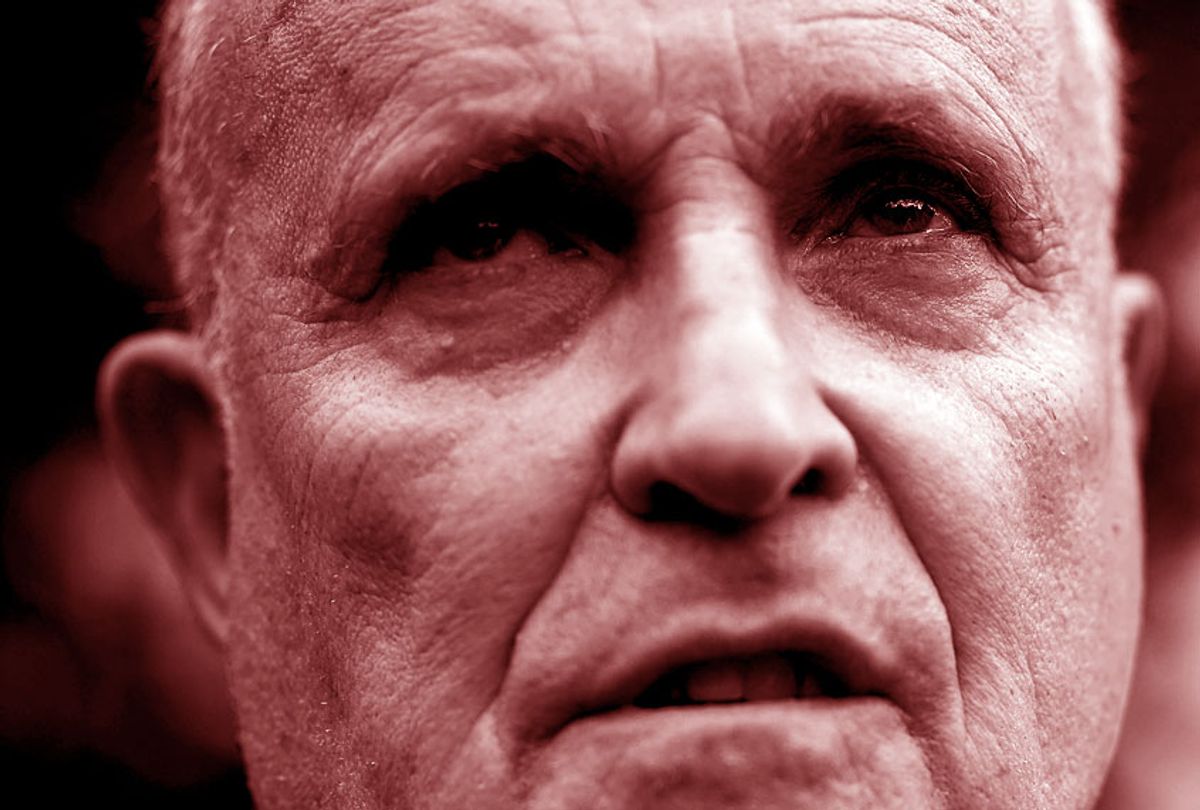 A Ukrainian prosecutor who aided Trump attorney Rudy Giuliani’s search for damaging information on former Vice President Joe Biden was among hundreds of prosecutors fired in a sweeping anti-corruption purge.

Kostiantyn Kulyk, one of Giuliani’s earliest contacts in Ukraine, was given a dismissal notice last week after failing to show up for an exam that was part of a review process for prosecutors held over from the previous administration, The Washington Post reported. More than 500 prosecutors have been fired as part of the review.

Kulyk has denied meeting Giuliani, but his former associates say he prepared a seven-page dossier, which was passed along to Giuliani, according to The Post.

The former prosecutor later appeared in a report by The Hill’s John Solomon, to whom Giuliani fed dubious claims to fuel the debunked narrative that Biden had a prosecutor terminated while he was investigating a Ukrainian firm that employed his son. Kulyk also helped fuel what former Ukraine Ambassador Marie Yovanovitch described as a Giuliani-led smear campaign to get her fired. The prosecutor told Solomon that Yovanovitch blocked him and other officials from getting a visa to travel to the U.S. to share information about his findings.

Giuliani told The Blaze host Glenn Beck last month that he used Solomon to push the claims in the U.S. Senior State Department official George Kent also testified last month that Solomon’s reporting, “if not entirely made up in full cloth,” was filled with “non-truths and non-sequiturs.”

Kulyk was just one Ukrainian prosecutor with whom Giuliani dealt. Former Ukrainian Prosecutor General Yuri Lutsenko, who was fired from his position earlier this year and is now under a criminal investigation for corruption, fed Giuliani and Solomon false information about Biden and Yovanovitch. He has since retracted his claims and acknowledged that there was no evidence of wrongdoing by Biden.

Documents obtained by media outlets last week showed that Giuliani was negotiating a contract with Lutsenko, which would have paid Giuliani upwards of $500,000 to represent him even as he was purportedly representing President Donald Trump in his search for damaging information on his opponents.

Shokin is the prosecutor at the heart of Trump’s conspiracy theory about Biden. During the Obama years, Biden pressed for Ukraine to fire Shokin, because multiple western countries complained that he was not pursuing corruption investigations. Trump and his allies have claimed that Biden pushed for Shokin’s firing while the prosecutor was investigating Burisma, a company whose board included his son. But that investigation, which was not connected to Biden, had already been shut down at the time of Shokin’s firing.

The draft agreement with Toensing, which was not executed, was for “the purpose of collecting evidence regarding his March 2016 firing as prosecutor general of Ukraine and the role of then-Vice President Joe Biden in such firing, and presenting such evidence to U.S. and foreign authorities.”

The three fired prosecutors were only a few of the legally-imperiled individuals who helped fuel Trump’s conspiracy theories.

Kremlin-linked oligarch Dmytro Firtash told The New York Times that he paid diGenova and Toensing $1.2 million after since-indicted Giuliani associates Lev Parnas and Igor Fruman pressed him to change his lawyers as he faced extradition to the U.S. to face bribery and racketeering charges. Parnas’ attorney told The Times that he “informed Mr. Firtash that Toensing and diGenova were interested in collecting information on the Bidens," which Firtash told the outlet he did not have.

The Times reported that Giuliani’s associates also reached out to Ukrainian oligarch Ihor Kolomoisky, who is himself facing an FBI money-laundering investigation, but were rebuffed.

Since their Ukraine travail, Parnas and Fruman were indicted on charges that they illegally funneled foreign money to Republican politicians in the U.S. Parnas’ attorneys have said he is willing to testify that he tried to extort Ukraine into investigating the Bidens on the orders of Trump and Giuliani, which both parties deny.

Giuliani’s dealings with Parnas, Fruman and a who’s who of corrupt Ukrainian officials have also caught the eye of federal prosecutors. Subpoenas issued by prosecutors in recent weeks show that the Department of Justice is considering possible charges of conspiracy to defraud the U.S., money laundering, mail fraud, wire fraud, making false statements to the federal government, failure to register as a foreign agent, donating funds from foreign nationals, making contributions in a false name and obstruction of justice, according to The Wall Street Journal.

Trump appeared to attempt to distance himself from Giuliani in an interview with former Fox News host Bill O’Reilly last week, claiming that he did not “direct” Giuliani to go to Ukraine on his behalf and suggesting that his efforts in the country may have been for “clients other than me.” Trump made the claim despite personally urging Ukraine to work with Giuliani on the investigations on a July 25 phone call at the heart of the impeachment inquiry against him and Giuliani’s insistence that “my only client is the president of the United States.”

Republicans in Congress have also suggested that they may throw Giuliani under the bus to protect Trump. Fox News host Steve Hilton on Sunday helped boost that case, also adding Toensing and diGenova to the list of allies whom the president should cut loose.

“Rudy Giuliani was a great mayor and a great leader, but he's turned into an unmitigated and now it seems unethical disaster," he said. "While President Trump has been trying to govern for the American people, all these hangers-on have been trying to make money for themselves off Trump.”

Giuliani said on Twitter that he was “outraged” at Hilton’s comments.

“I have not taken a penny for representing my friend, President Trump,” and “I have considered and turned down all deals in Ukraine,” he claimed before threatening to “sue him for libel.”

But former federal prosecutor Mimi Rocah told MSNBC that a “subpoena with eight different crimes listed on it” suggests that Giuliani “is up to his eyeballs in crime.”

She added, “I would be surprised at this point if Rudy Giuliani didn't get indicted.”