Fox's Chris Wallace pushes back against Ken Starr: Trump scandal "much bigger" than lies about sex 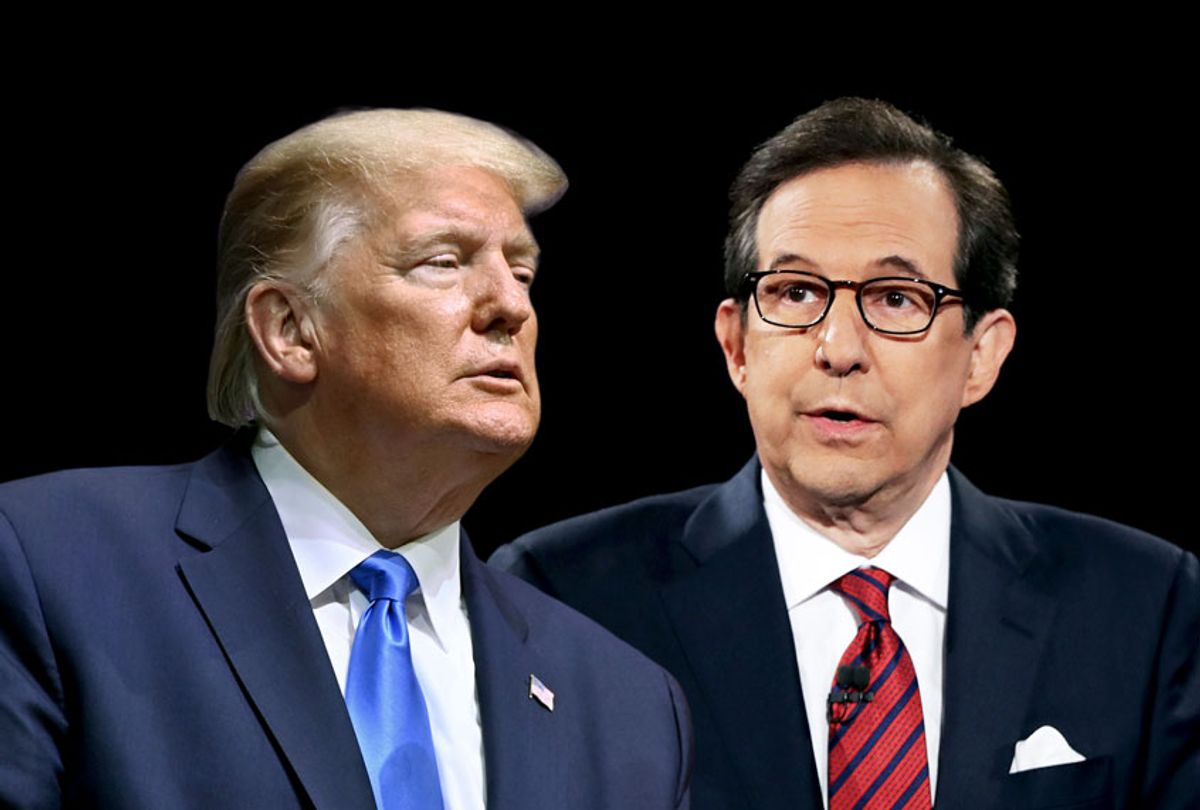 Chris Wallace on Monday disagreed with Ken Starr, who served as independent counsel during the impeachment of former President Bill Clinton, over his characterization of the accusations against President Donald Trump as “narrow.” According to the Fox News host, they constitute “a much bigger issue than whether or not Bill Clinton lied about sex.”

“Well, I just want to push back a bit — respectfully, but that’s what we do here at Fox — on Ken Starr and Annie McCarthy. But particularly Ken Starr on his characterization of this process and what we heard today,” Wallace said during the segment. “When he was speaking just a couple of moments ago, he said that the presentation of the case against the president is ‘narrow.’ Prosecutors look at the world through ‘dirty windows.’ It’s ‘slanted.’”

Wallace then argued that “when you compare this to the Clinton impeachment, which was basically about whether or not the president had lied under oath about sex — I’m not talking about whether or not this story is true or not — but the allegation that President Trump conditioned support for a key foreign policy ally on political benefit to him strikes me as not 'narrow' but far broader than the Clinton impeachment and the effort that was made by you and Republicans then to impeach him.”

Wallace also acknowledged Starr’s argument that there was no point in an impeachment trial, since the Senate, which is controlled by Republicans, is unlikely to convict Trump. Wallace pointed out that there was also no chance of Clinton being removed from office after his party made gains in the Senate in the 1998 midterm elections.

“It seems that there is a very different standard in how the Clinton impeachment went and how this impeachment is being judged,” Wallace said. “This seems to me about a much bigger issue — whether or not you believe the president did it is a different issue — but it seems to me it’s about an issue of foreign policy, national security, the security of our elections. It’s a much bigger issue than whether or not Bill Clinton lied about sex.”

This is not the first time that Wallace has challenged the Republican narrative on Trump. After the Fox News host debated House Minority Whip Steve Scalise last month about the Ukraine scandal, the president tweeted that “@SteveScalise blew the nasty & obnoxious Chris Wallace (will never be his father, Mike!) away on Chris’s lowest rated (unless I’m on) morning show. This kind of dumb and unfair interview would never have happened in the @FoxNews past. Great job Steve!”

In October, after a segment in which Wallace reported on the Ukraine scandal, Trump tweeted that “somebody please explain to Chris Wallace of Fox, who will never be his father (and my friend), Mike Wallace, that the Phone Conversation I had with the President of Ukraine was a congenial & good one. It was only [Adam] Schiff’s made up version of that conversation that was bad!”

That same month, when Trump’s acting chief of staff Mick Mulvaney defended the president hosting the G7 summit at his Miami hotel by saying that Trump “still considers himself to be in the hospitality business,” Wallace replied that "you say he considers himself in the hospitality business — he's the president of United States."

Trump also criticized Wallace in July for his interview with South Bend Mayor Pete Buttigieg, one of the Democrats running for president in 2020, tweeting that “Fox is moving more and more to the losing (wrong) side in covering the Dems” and that Wallace “never speaks well of me - I like Mike Wallace better...and Alfred E. Newman will never be President!”