"There are some decisions in life that have to be made based on what you know in your bones is right," Slotkin says 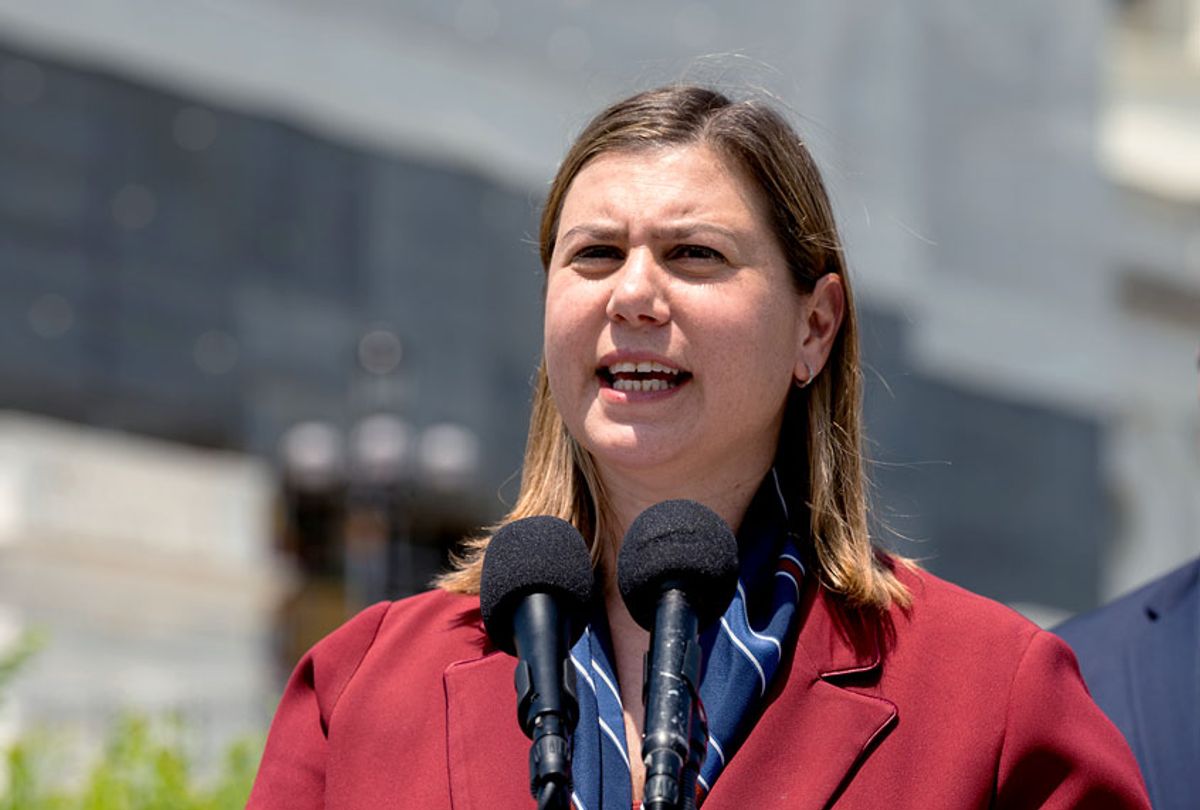 Rep. Elissa Slotkin, D-Mich., a freshman congressman from a Republican-leaning district, announced Monday that she will vote to impeach President Donald Trump in spite of the potential political risks of her decision.

Stocklin, a former CIA analyst who was elected to the House of Representatives during the 2018 midterm election, explained her reasoning for supporting impeachment in an op-ed in the Detroit Free Press. The piece was published hours before a town hall meeting in Rochester, a northern suburb of Detroit, where Slotkin planned to explain her decision directly to her constituents.

"President Trump used the power of the presidency for his own benefit — to give himself some advance in the very election that would determine whether he remained in office," Slotkin wrote.

The news comes days before the House is expected to vote on two articles of impeachment against Trump — abuse of power and obstruction of Congress. House Democrats have alleged that Trump directed agencies to freeze military aid to Ukraine and sought to pressure Ukrainian President Volodymyr Zelensky to open investigations which would implicate his domestic political rivals and boost his re-election campaign.

If a vote on impeachment passes in the House, as seems likely, the Senate will be tasked with holding a trial and voting on whether to remove the president from office.

In September, as revelations emerged about Trump's dealings with Ukraine, Slotkin was one of seven freshmen House Democrats with national security or military experience who warned, in a jointly-authored column in the Washington Post, that Trump's actions might be impeachable.

"Congress must determine whether the president was indeed willing to use his power and withhold security assistance funds to persuade a foreign country to assist him in an upcoming election," Slotkin and her colleagues wrote at the time. "We call on our colleagues in Congress to consider the use of all congressional authorities available to us, including the power of 'inherent contempt' and impeachment hearings, to address these new allegations, find the truth and protect our national security."

Since then, hearings by the House Intelligence Committee have produced substantial and compelling evidence to back up the allegations, including sworn testimony by several current and former administration officials.

"I believe that the President illegally solicited the help of foreigners to influence the American political process," Slotkin wrote Monday, citing both the president's own remarks and testimony from witnesses. "These first-person statements — on top of the raft of first- and second-hand accounts provided in sworn testimony — paint a clear picture of a president abusing the power of his office for personal political gain."

During the hearings, the White House repeatedly refused to comply with congressional demands for testimony and information. Slotkin said that also influenced her decision.

"President Trump sent out unprecedented guidance to refuse and ignore the requests and subpoenas of the inquiry. He did this even though the Constitution gives the House of Representatives the 'sole power of impeachment,'" the congresswoman wrote. "While the president may not have liked the inquiry, he broke with 100 years of tradition by ignoring the subpoenas, and in doing so, obstructed Congress' authorities."

As recently as last week, when the House Judiciary Committee voted to approve the articles of impeachment, Slotkin was among several House Democrats who remained undecided on how she would vote on impeachment.

The congresswoman represents Michigan's 8th Congressional District, which leans conservative. In 2016, Trump won the district by 7 points while Mike Bishop, the incumbent GOP congressman, won it by 17. Two years later, Slotkin narrowly unseated Bishop in one of the most closely-watched contests of the cycle.

Recent polls have indicated that voters in Michigan, a key battleground state, do not support impeaching and removing Trump from office, suggesting that House Democrats such as Slotkin are taking a political risk as they support impeachment. Cook Political District rated Slotkin's seat a "toss-up."

Slotkin acknowledged the considerable political risks of supporting impeachment in the Daily Press, writing: "Over the past few months, I've been told more times than I can count that the vote I'll be casting this week will mark the end of my short political career. That may be it."

But, she added, "in the national security world that I come from, we are trained to make hard calls on things, even if they are unpopular, if we believe the security of the country is at stake. There are some decisions in life that have to be made based on what you know in your bones is right, and this is one of those times."