Thiel, who spoke at the 2016 Republican National Convention, has been an outspoken supporter of President Trump 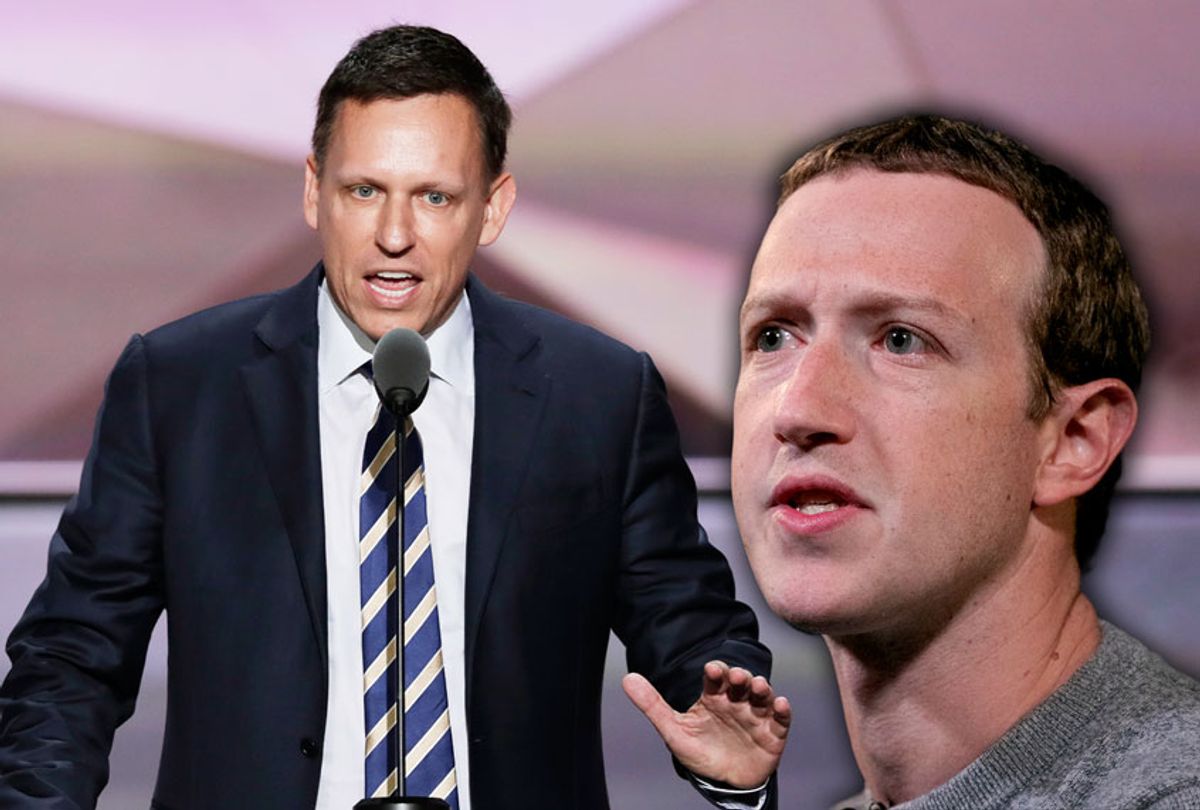 A new report reveals that Peter Thiel — a co-founder of PayPal, as well as a supporter of President Donald Trump — has advised Facebook CEO Mark Zuckerberg revising a controversial policy, which gives prominent politicians carte blanche to spread lies on the social media platform.

Thiel has reportedly urged Facebook to stick by a controversial policy first announced in September exempting political ads from being fact-checked, according to The Wall Street Journal. Though some directors and executives encouraged Facebook to crack down on unreliable information or ban political advertisements altogether, Thiel has reportedly urged Zuckerberg not to bow to public pressure.

While Thiel declined to comment on the report, a Facebook spokesman told The Journal that “many of the decisions we’re making at Facebook come with difficult trade-offs, and we’re approaching them with careful rigor at all levels of the company, from the board of directors down. We’re fortunate to have a board with diverse experiences and perspectives so we can ensure debate that reflects a cross section of views.”

As The Journal noted, reactions to Zuckerberg’s decision not to censor political ads in the name of guarding freedom of speech has been generally supported by conservatives and generally opposed by liberals. Conservatives such as Thiel and his supporters among Facebook executives argue that the company should support free speech, and it is not the social media company's responsibility to fact-check political ads. Liberals, by contrast, are concerned about the spread of misinformation on social media during the 2016 presidential election with an eye on the fast-approaching 2020 election.

Though Thiel and his funds have sold most of their Facebook shares, he was the first outside investor in Facebook and gave Zuckerberg valuable advice, which has helped the company grow into the behemoth it is today. As a result, Zuckerberg reportedly trusts Thiel’s insights and values his advice.

Thiel has been an outspoken supporter of Trump, a position which puts him at odds with the more liberal culture in Silicon Valley, according to The Journal.

"Donald Trump is right — it's time to end stupid wars and rebuild this country,” Thiel said when delivering a speech at the Republican National Convention in 2016. Despite being gay, Thiel distanced himself LGBTQ causes, saying that when he was growing up "the great debate was about the Soviet Union — now it's about who gets to use which bathroom. Who cares?"

"Fake culture wars," he said at the time, "only distract us from our economic decline — and nobody in this race is being honest about it — except Donald Trump."

Days before the 2016 election, Thiel expanded on his reasons for supporting Trump.

"We are voting for Trump because we judge the leadership of our country to have failed,” Thiel told the National Press Club.

He later added, “I don't think that voters pull the lever in order to endorse a candidate's flaws. It's not a lack of judgment that leads Americans to vote for Trump."