A man has pleaded guilty to setting fire to Comet Ping Pong, the target of the Pizzagate conspiracy 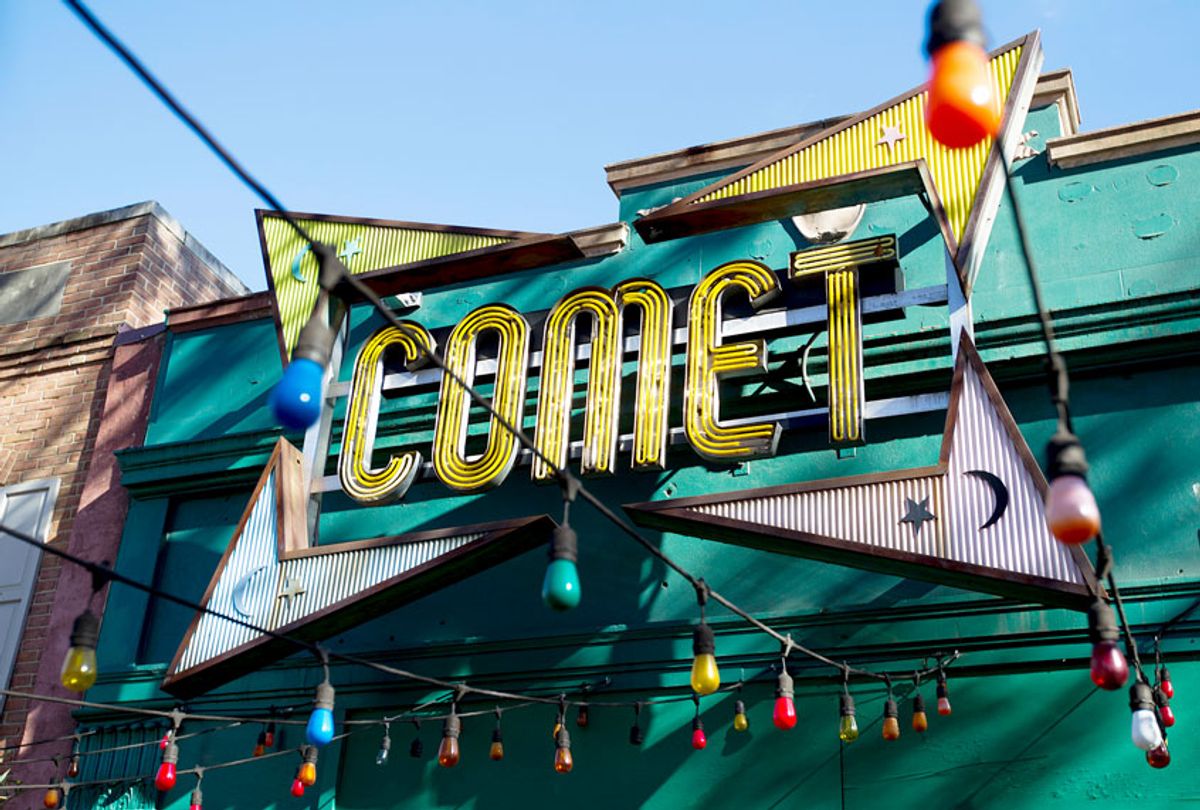 In this Dec. 5, 2016, photo, the front door of Comet Ping Pong pizza shop, in Washington, Monday, Dec. 5, 2016. For conspiracy theorists, "pizzagate" didn't end when a man brought a gun to a Washington restaurant in a misguided attempt to rescue child sex slaves, instead, the shooting fired up further belief in the baseless claims. On blogs, YouTube channels and internet radio shows devoted to conspiracy theories, some see Edgar Maddison Welch’s as the latest “false flag.” That’s a term for a cover-up or distraction orchestrated by the government or other powerful figures. (AP Photo/Jose Luis Magana)
--

A man from California has pleaded guilty to setting a fire in January at Comet Ping Pong, the Washington pizzeria which has become the target of the debunked far-right conspiracy theory known as "Pizzagate."

Ryan Jaselskis pleaded guilty Tuesday to arson and assault of a federal law enforcement officer. He reached a deal with prosecutors, which will potentially allow him to serve four years in prison, according to the Associated Press. However, the judge in the case is not bound to abide by the deal's terms.

Jaselskis’ motive for setting fire to the restaurant has not been released by authorities, so it remains unclear to the public whether he was motivated by the Pizzagate conspiracy theory — or something else entirely. None of the adults or children in the restaurant at that time were injured. Jaselskis was later arrested at the Washington Monument after he tried to jump over a construction fence.

This is not the first time real-life violence has occurred at Comet Ping Pong. A man named Edgar Welch drove from Salisbury, N.C. to the Washington restaurant in December 2016 with a fully loaded AR-15 rifle and revolver. He turned himself over to authorities after realizing there were no children being held captive there. Though the Pizzagate conspiracy theory held that children who were being trafficked were being kept in the basement, the restaurant does not actually have a basement.

The Pizzagate conspiracy theory originated with Wikileaks’ release of emails from the account of John Podesta, the chairman for former Secretary of State Hillary Clinton’s 2016 presidential campaign. Individuals who visited message boards like 4chan and Reddit began promoting the idea that references to “pizza” were actually code words for “pedophilia,” eventually building on that conspiracy to argue that conversations between Podesta and his associates about eating pizza were ways of discussing alleged sex parties with enslaved children.

Because the owner of Comet Ping Pong was James Alefantis, who knew Podesta and used to date a pro-Clinton group leader named David Brock, believers of the conspiracy concluded this was where the supposed child sex slaves were being held. Those baseless theories prompted Welch to drive up to the restaurant in order to liberate the children whom online forums alleged were being kept there.

The document said that “the FBI assesses these conspiracy theories very likely will emerge, spread, and evolve in the modern information marketplace, occasionally driving both groups and individual extremists to carry out criminal or violent acts.”