US Steel to shutter Detroit plant and lay off 1,545 workers after Trump brags he “saved” industry

"If I didn’t get elected, you wouldn’t have a steel industry," Trump bragged last month, as US Steel stock fell 70% 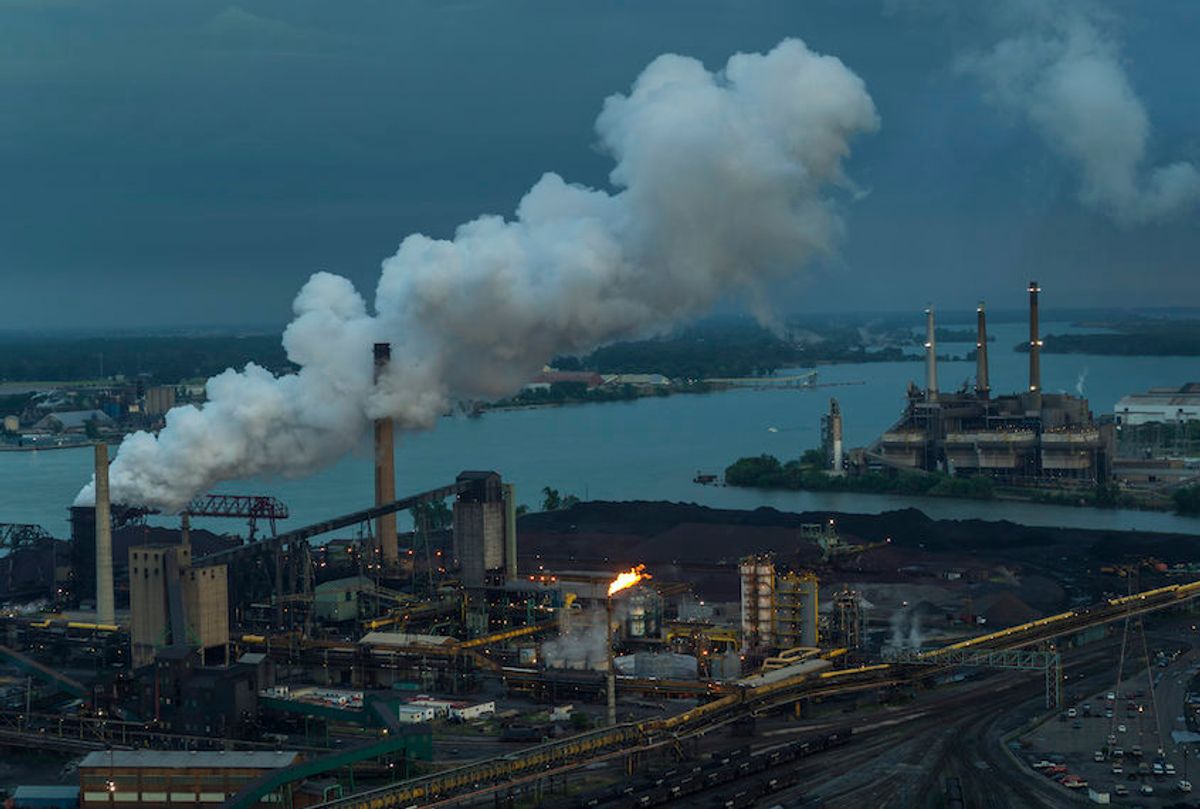 U.S. Steel Corp. plans to permanently idle a giant plant in the Detroit area and lay off up to 1,545 workers as steelmakers face large financial losses despite President Donald Trump’s boasts that he “saved” the steel industry.

U.S. Steel CEO David Burritt praised Trump’s tariffs on imported steel after the company announced it would rehire workers and restart two blast furnaces last year. Earlier this year, Trump bragged that he “not only saved this important industry, but created many jobs” with his steel tariffs.

Just months later, U.S. Steel announced that it would idle a plant outside of Detroit and lay off as many as 1,545 employees, Bloomberg News reported on Friday. The company already laid off 200 Michigan workers earlier this year.

The announcement comes amid a drop in demand, the company’s struggles to match rivals’ efficiency, and a third consecutive year of stock losses. Shares of the company’s stock saw their biggest decline in months after Friday’s news and fell to their lowest level since before Trump’s election.

Though the company’s shares grew in the first quarter after the tariffs were announced, their share prices fell by more than 70 percent since, according to The Detroit News. The company now plans to invest in new smaller mills that remelt and refine scrap steel instead of making steel from iron ore.

Alan Deardorff, an economics professor at the University of Michigan, told the outlet that Trump’s tariffs never stood a chance to save the industry.

“By and large, the U.S. steel industry has been in trouble for years. They have sought protection for as long as I can remember by various means,” he said. “They have in a sense been one of the most protected industries in the country, because they just don't do very well."

But U.S. Steel spokeswoman Amanda Malkowski said that the closure does not mean the tariffs are not helping. She told The Detroit News that Trump’s tariffs and trade policies "continue to support the long-term recovery and strengthening of the domestic steel industry, including the many investments being made in the future of American steelmaking, some of which involve U.S. Steel."

Commerce Secretary Wilbur Ross also disputed that the tariffs are not working and told Bloomberg Television that the plant was just too expensive to operate.

“What is happening is they are rationalizing a bit their production so that they will be more competitive in the future as we continue to go forward," he told the outlet.

Trump himself has continued to push his tariffs as a success. "If I didn’t get elected, you wouldn’t have a steel industry, because, ultimately, every steel mill was closing," he said earlier this month.

But analysts predict that the industry’s problems will only continue to worsen.

"As steel prices decline, U.S. Steel will likely shut down capacity and focus on a shrinking product portfolio where blast furnaces still have a competitive advantage over electric arcs,” according to analysts at the financial giant UBS.

"Ultimately the steel tariffs did not do what they were designed to do," Longbow Research analyst Chris Olin told The Detroit Free Press. "It feels like now we are entering what would be almost like a recession in terms of industrial market demand. That is really forcing (steel) companies that are high-cost producers to make decisions.”

Trump’s other economic policies similarly failed to save the industries he vowed to save.

The administration’s China tariffs have largely been passed on to American consumers while the US manufacturing sector fell into a deep recession.

China’s retaliatory tariffs have also hit US farmers hard, leading to a historic increase in farm bankruptcies while Trump uses billions in taxpayer dollars to bail out the farmers whose businesses may be irreparably damaged by his trade war.

Trump has also pushed for coal deregulation in hopes of reviving a dying industry that employs fewer people than the Arby’s fast-food chain. Instead, more than 50 coal plants and eight coal companies have closed entirely since his election.

As a result, many local governments have had to scramble to provide resources for the thousands of families affected by the layoffs and closures. Michigan state Sen. Stephanie Chang said in a statement to the Detroit Metro Times on Friday that the state and city of Detroit will work to ensure that families “have access to the necessary programs and support systems they might need.”

“It is unfortunate that our hardworking men and women are again paying the price for Washington's detrimental policies,” she said, “that have led to the market conditions US Steel and so many others have been facing.”