New special effects will be used in the new version of "Cats," which will just magnify the meow-velous trainwreck 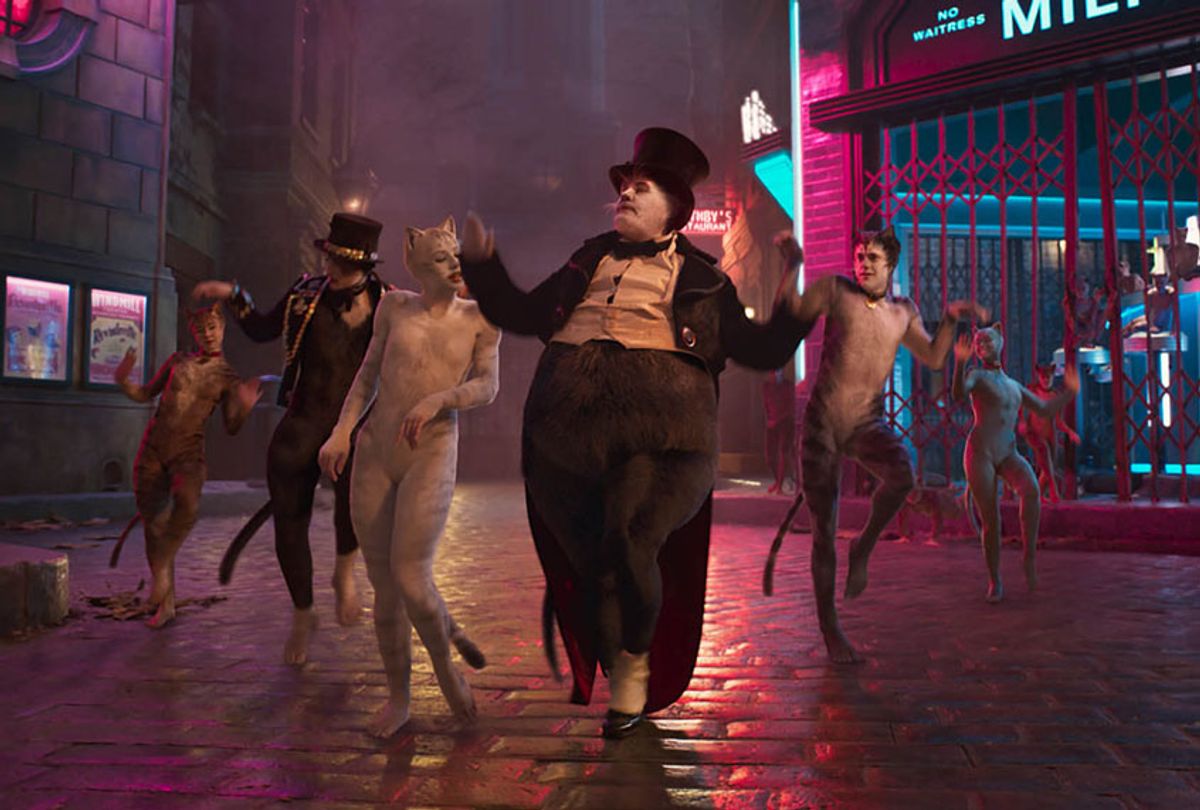 In an unprecedented move for a film still in theaters, Universal Pictures will send a modified version of the movie “Cats” to theaters around the country by Tuesday, complete with updated special effects.

The move was first announced in a memo obtained by The Hollywood Reporter on Friday, the same day that the Tom Hooper-directed musical adaptation opened in the United States. The memo notified thousands of theaters that a print with “some improved visual effects” would be released to replace the version that had been screened in theaters across the country. This was reportedly done at the request of Hooper, who has admitted that he barely finished the film in time for its premiere early last week and wanted to tweak the special effects contained in the newly released version.

It is unclear if this will be enough to salvage a film that has already become of 2019’s most conspicuous box office disasters. The film was savaged practically from the moment its trailer was released in 2019, with Salon’s Ashlie D. Stevens writing, “Who knew that CGI fur — called ‘digital fur technology’ by director Tom Hooper — had such a long way to go? Why are some of the cats wearing fur coats over said fur? Why is the term ‘Furries’ trending on Twitter? And when you watch the trailer do you, too, think of medieval artists’ fumbling attempts to draw cats, which often resulted in a grotesque mashup of human faces and feline bodies?”

That reaction foreshadowed the film’s dismal performance both with critics and moviegoers. It has received a 17 percent Rotten Tomatoes score from critics and has grossed just $6.5 million at the domestic box office against a reported $100 million budget.

“All nine of my lives passed away while I was in the theatre watching ‘Cats,’” wrote Chandler Levack of The Globe and Mail. “If you were worried that Tom Hooper’s musical adaptation wouldn’t live up to the wild uncanny valley promise of the trailer, rest assured, it does. These are live-action cats with the poorly VFX’d faces of celebrities who only sometimes act like cats, and the resulting effect is not what God intended for this world.”

John Anderson of The Wall Street Journal was similarly scathing, writing that “mostly, ‘Cats’ is a confusing litter box of intentions, from its crushed-velour aesthetic to its strip-bar sensuality to its musical cluelessness.”

In one of the few positive reviews, Salon’s Mary Elizabeth Williams wrote that “if you were one of those people who saw the trailer and thought, ‘Well, that looks totally insane,’ I’m here to tell you the other 118 minutes are just as bonkers — which is why I assume you’re going to see it. You don’t go to ‘Cats’ for a stirring adaptation of a Victor Hugo novel that is literally about miserable people. You don’t go for East Village squatters with AIDS. You go for a story about cats. A story based on a book of poetry about cats. Damn straight it’s going to get weird.”