Joy to the world, "Little Women" has come – and the updated classic is a modern marvel 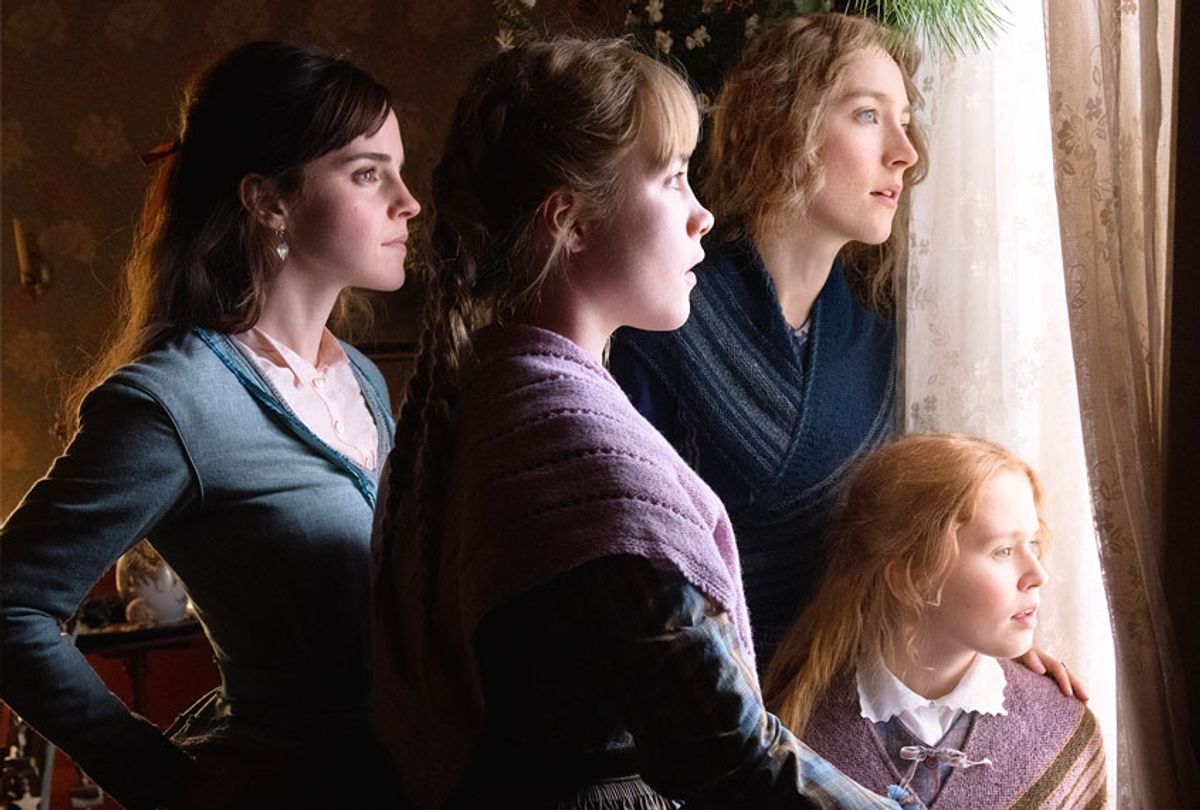 Before there was Big vs. Aiden, before Pacey vs. Dawson, before Edward vs. Jacob, there was Laurie vs. Professor Bhaer. For generations, passionate readers of “Little Women” have been drawing lines in the sand between its two main suitors, forging a debate even stronger than the enduring Duckie vs. Blaine one. Now, director and screenwriter Greta Gerwig’s deeply satisfying new vision of Louisa May Alcott’s classic gives Jo March at last the love story resolution she deserves. One that understands it’s not really about the men at all.

When I was 10, I read “Little Women” for the first time and was so outraged by Jo’s tepid, domesticated fate I furiously wrote a new ending. As an adult, I read the novel twice more, each time developing a deeper appreciation of the author’s unapologetic attention to the interior lives of women — a subject that still suffers a lack of interest when it comes to wider audiences. (The jam-packed recent screening I saw the new movie at was composed almost exclusively of sobbing females.) But I also still found myself approaching “Little Women” as if it were a wheatgrass shot of sacred women’s fiction. It was supposed to be good for you, and I hated it. What was the appeal? Amy was a brat; Beth was a saint; Meg barely existed at all, and Jo sure seemed liked she swallowed her dreams and settled. And Laurie? The guy who reacted to being rejected by one sister and having another sister die by marrying the one unmarried sister left? Not thrilled with that guy either.

But in Greta Gerwig’s confident hands, Alcott’s story suddenly makes all kinds of sense. It’s no longer a rom-com where the feisty but lovable girl ends up with the boring guy and the hot baby sister is the one who really closes the deal. Imagine if “27 Dresses” had gone down like THAT. Instead, this is a “Little Women” that somehow stays faithful to the book, pays tribute to the woman who wrote it based on her own family, and feels crisply relevant.

The film’s first brilliant step — especially considering its holiday release — is to bypass the novel’s famed “Christmas won’t be Christmas without any presents” opening and skip to the middle, introducing Jo March an aspiring writer living in New York City. In that simple rearrangement, the story is instantly established as one about about a woman forging a creative career in the world. It also ingeniously introduces Friedrich Bhaer before we meet young Theodore Laurence, heading off the “Who the eff is this disheveled older frump and what on earth does Jo see in him?” disapproval the character often faces. It’s also smart that’s he’s played by Louis Garrel, who is 36, French, and charming.

As the film moves back and forth in time, from the high-spirited early days of four young March sisters living under one roof to their individual eventual paths, it never flags in that momentum established right from the outset. Thanks in no small part to the crackling chemistry of the ensemble, this is a “Little Women” that lets each character have an arc that makes sense.

The impossibly good Marmee (Laura Dern, who also killed this year in “Marriage Story”) and crusty Mr. Lawrence (Chris Cooper) are still paragons of steely New England strength, but now they’re tempered with deep grief for their losses, worry about their responsibilities and rich, unaffected joy in their families. Emma Watson and Eliza Scanlen punch up Meg and Beth, rescuing them from boring perfection and infusing them with warmth, wit, and their own painfully frustrated longings. Scanlen in particular, who was so revelatory in last year’s “Sharp Objects,” proves she owns the “demure, but with a hell of a lot going on just under the surface” beat.

Florence Pugh (“Midsommar,” “Lady Macbeth”) meanwhile, pulls off an even grander task than making Professor Bhaer likable — her Amy is feisty, sharp and utterly magnetic. Amy has to do the most emotional growth of any character, and the combination of Gerwig’s generous interpretation and Pugh’s exuberant talent utterly transform the sister who often gets brushed off as having the most charmed life. A telling scene in which Aunt March (Meryl Streep, what did we do to deserve such riches?) lays out exactly how much is riding on Amy making a good marriage shows how much pressure she faces, and the courage it then takes her to turn down an advantageous offer. Pugh also has a gift for absolutely delightful goo-goo eyes at Timothee Chalamet, channeling the thirst of a generation of film fans.

And Gerwig’s previous leading lady, “Lady Bird” star Saoirse Ronan, once again delicately interprets the semi autobiographical elements of the source material. Her Jo is a vibrant, flesh and blood woman, railing against the confines of corsets and gender roles. She also would make an excellent companion to Mrs. Maisel, who likewise earlier this month got to blow a gasket over the notion that being strong and ambitious and emotional and loving are somehow opposing concepts. That a woman must choose, because as Jo March says, “Woman’s special mission is supposed to be drying tears and bearing burdens.”

Louisa May Alcott, like Jane Austen and the Bronte sisters, wrote with an acute sense of the precarious lives that women have always led. These authors had an enduringly clear-eyed view that our safety and comfort in the world depends heavily on currying the favor of men. Austen’s coping mechanism and chief weapon was humor; the Brontes relied on drama. But Alcott’s strength was in family. There is not a moment in Gerwig’s robust “Little Women” that doesn’t brim with the infectious, enviable bonds of the March girls. They lift each other up; they cheer each other on even when it takes a beat to understand their unique hopes and dreams. And though in the end of the novel Jo sportingly decides “I may write a good book yet,” the film gives her a little more than that crumb of hope. It nods to us — the reader, the viewer, the person who believes women’s lives are as inherently suspenseful and exciting as anybody else’s. It acknowledges the tradeoffs we still have to reckon with, but it celebrates them. And it brilliantly, movingly puts forth the simple, timeless notion that sisterhood is always powerful.

"Little Women" is in theaters on Christmas Day.