"We will set our final borders, bring about American recognition for Israeli control over Jordan Valley" 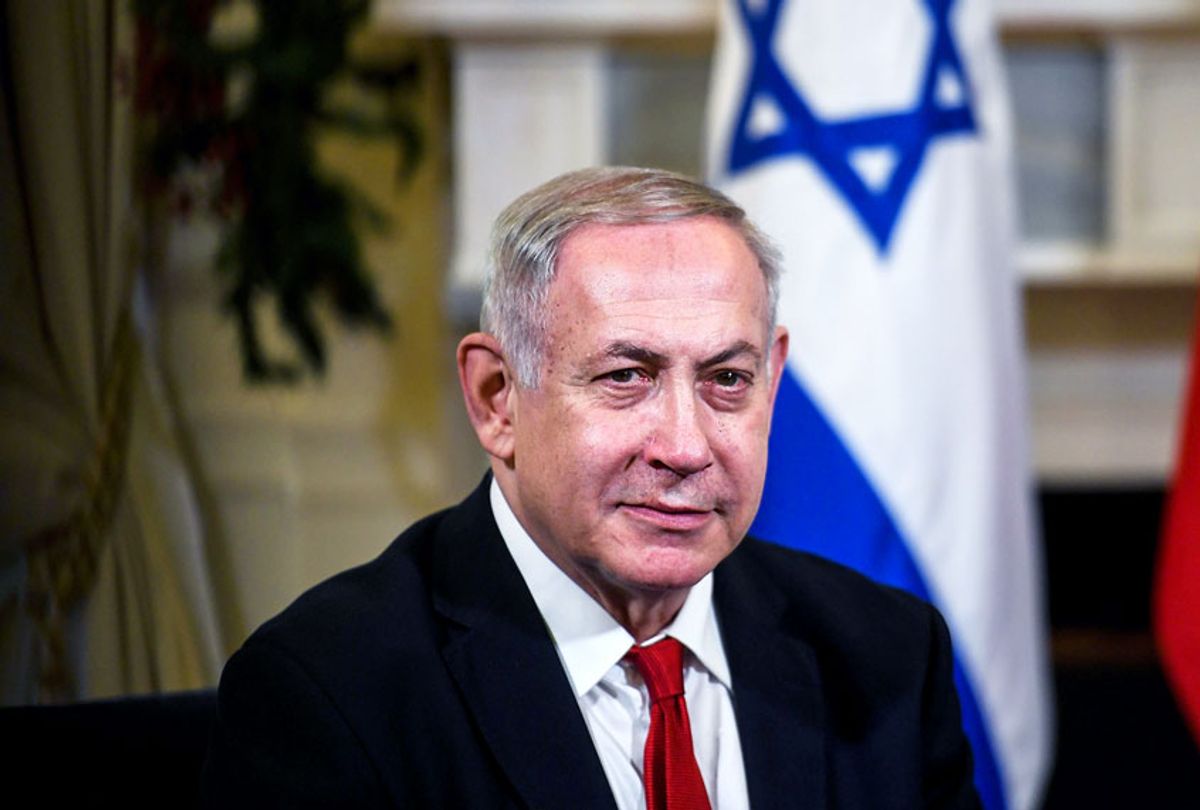 Israeli Prime Minister Benjamin Netanyahu reiterated a campaign pledge Thursday to annex all Israeli settlements in the occupied West Bank and Jourdan Valley if he is re-elected in March, noting that the Trump administration supports the move.

Speaking after scoring a landslide victory in a primary race for leadership of the Likud Party, Netanyahu, who was indicted last month on charges of bribery, fraud and breach of trust, vowed to continue delivering on key campaign promises to his base.

"We will set our final borders, bring about American recognition for Israeli control over Jordan Valley, the Dead Sea and our sovereignty over every settlement in Judea and Samaria," Netanyahu pledged in his victory speech, according to The Jerusalem Post.  He added that his government would "obtain a defense pact with the U.S. that will ensure Israeli freedom to act, we will defeat and achieve a peace pact with Arab countries."

Trump has delivered other major wins for Netanyahu throughout his tenure, including recognizing Jerusalem as the capital of Israel, moving the U.S. Embassy from Tel Aviv to Jerusalem and recognizing Israeli sovereignty over the Golan Heights, which Syria claims as occupied. Last year, the U.S. for the first time voted against an annual U.N. resolution that demands Israel withdraw from the Golan Heights.

Netanyahu's victory in the right-wing Likud Party primary on Thursday sets him up for a third confrontation against rival Blue and White Party and its centrist leader, the former army general Benny Gantz.

Neither Netanyahu nor Gantz was able to assemble a majority in the 120-seat parliament after a razor-tight election in September.

Netanyahu's victory suggests that his indictment did not shift the opinion of Likud voters who believe he has the best chance of forming a governing coalition. If Netanyahu comes out on top in March's election, it will be the first time in the nation's history that a candidate has faced an indictment, raising the question as to whether Israeli President Reuven Rivlin would entrust Netanyahu with the mandate to form the next government.