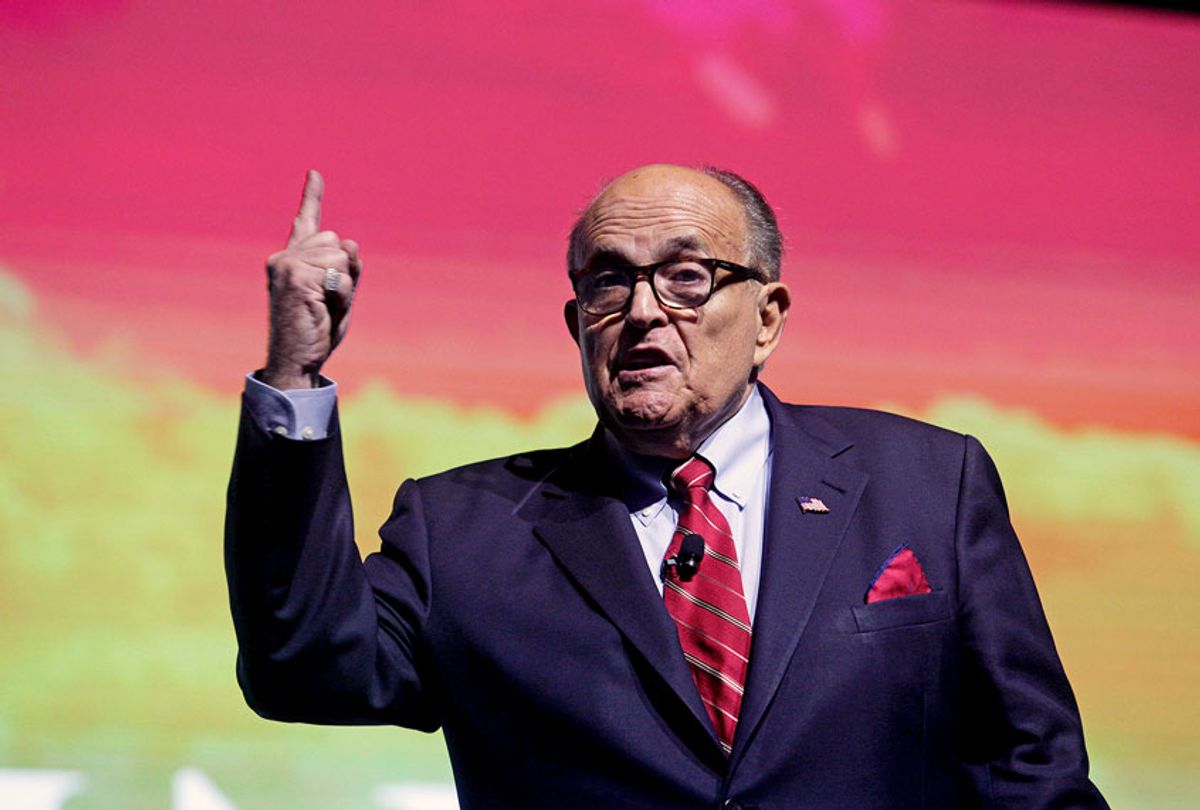 Giuliani, along with then-Rep. Pete Sessions, R-Texas, took a phone call with Maduro last September as part of the back-channel effort, the Washington Post reported. Sessions spokesperson Matt Mackowiak confirmed the phone call to the newspaper, noting that it served as a follow-up to a trip Sessions had taken to visit Maduro in Caracas that Spring.

News of the phone conversation comes as Giuliani has emerged as a key figure in the Trump impeachment inquiry. Earlier this year, Giuliani engaged in a similar shadow foreign policy campaign in Ukraine, where he allegedly pressured officials to announce investigations that could bolster Trump's re-election campaign. His efforts in Ukraine have played a large role in the series of events that ultimately led to the president's impeachment this month.

Giuliani's plan to ease Maduro from office eventually reached the White House, where officials did not know why he was involved in negotiations with Venezuela or the extent of his role.

Around the time of the call, Giuliani met with national security adviser John Bolton to discuss the plan, which was vehemently rejected, according to The Post. It was previously reported that Bolton, who was ousted from his role in September, was at odds with Trump over Venezuela. Trump has argued that Bolton, a foreign policy hawk, was "way out of line" on how to deal with political unrest in Venezuela.

Neither the White House nor Giuliani responded to requests for comment. A lawyer for Bolton also declined to comment.

Sessions, a former chairman of the National Republican Congressional Committee, was reportedly part of the back-channel effort to ease Maduro from power, visiting him in Caracas in the spring to try to negotiate a path to improved relations between the U.S. and Venezuela.

"He was pleased to help with this back-channel mission, which was coordinated with the highest levels of the U.S. State Department," Sessions spokesman Matt Mackowiak told The Post.

Though Sessions used his own money to pay for the two-day trip, his visit was coordinated with State Department officials, Mackowiak said. Additionally, Sessions met with top U.S. officials before and after his trip.

Sessions reportedly left Caracas with a list of concessions, which had been agreed to by Maduro —  his exit from office and a commitment to allow free and fair elections in exchange for leniency from the U.S. — Mackowiak told The Post. The September 2018 call with Giuliani was reportedly a follow-up from the meeting between Sessions and Maduro.

Giuliani was reportedly introduced at the start of the call but appeared mostly to listen as Maduro and Sessions spoke, Mackowiak told the Post.

State Department officials did not initiate the trip or organize or participate in the congressman's meeting with Maduro, The Post reported, citing to people familiar with the officials' role. The State Department did not respond to requests for comment from The Post.

"There was absolutely no interest or appetite for negotiations," a former White House official told the newspaper. "We generally did not welcome efforts like this one. It wasn't consistent with our policy goals. We saw it as a nuisance and a distraction."

Mackowiak reportedly dismissed such statements as part of a "turf battle" among Washington bureaucrats.

Sessions lost his seat in last year's elections and is now running for Congress in another Texas district.