Mental health resolutions are often forgone in favor of exercise regimes and diet trends. That may be a mistake 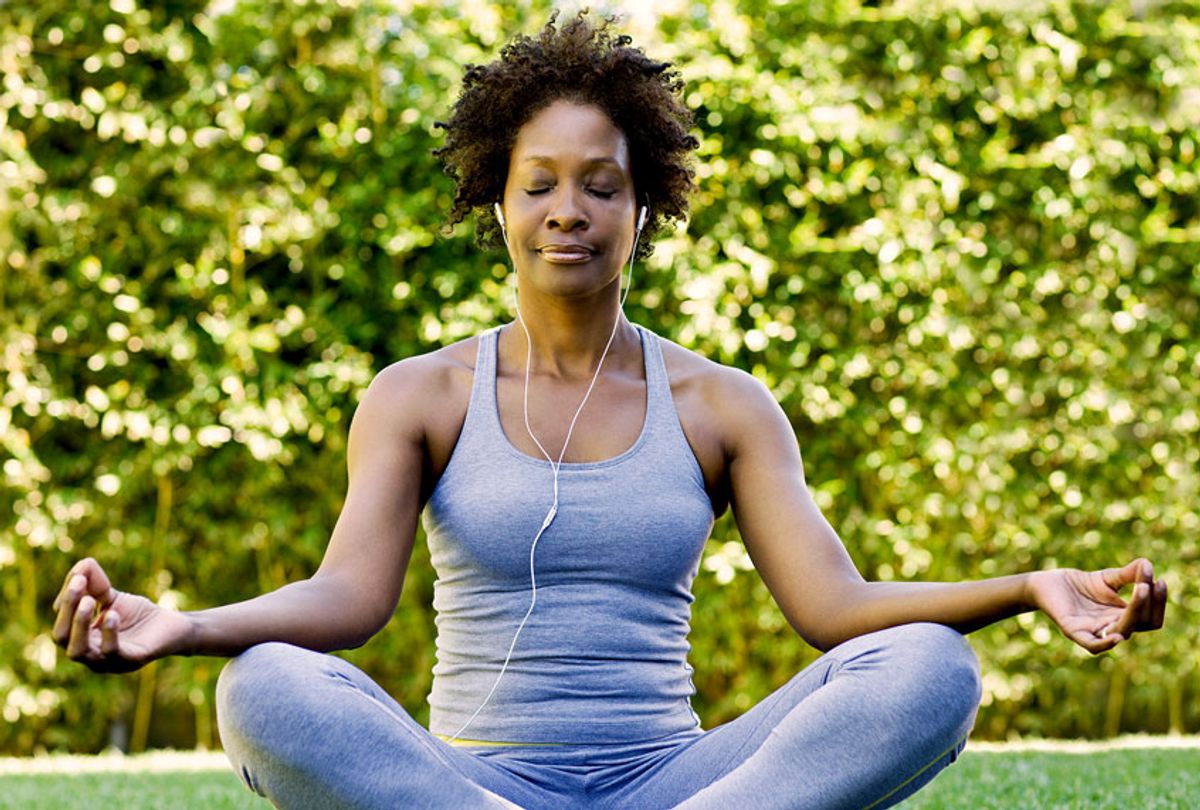 The holiday season is notoriously indulgent: holiday parties and gifts lead to an abundance of sugary foods, meat, and alcohol. Like clockwork, many indulgers commit to a shift in diet upon the midnight stroke of the clock on December 31. This social construct of resolving to have "good" health in the new year takes many forms: Dry January for some, fad diets or exercise resolutions for others.

I found myself applying this same logic of indulgence over Christmas dinner — extra glasses of wine and seconds of my uncle’s perfectly seared ribeye I excused as "indulgences" for which I'd atone in the next year. Then, on January 1, I would take on a cleaner diet, abstain from alcohol, and avoid meat for a month, or maybe longer. I even vowed not to weigh myself in December, and to wait till January to do so. Like I said, I was “indulging.”

If you’re an American who makes a New Year’s resolution — an estimated 40 percent of us do — there is a high chance it relates to exercise or nutrition. At some point in recent history, New Year’s resolutions became synonymous with physical well-being, generally the shape and state of our body. But what about mental health? The obsessing over diet and weight, of which I am clearly a victim, is of course related to mental health — to the way I was socialized, and how my mind has interpreted the way that my body should appear and look in public, a byproduct of a patriarchal culture. Pondering this led me to think: am I focusing on the wrong "kind" of health? What if my insecurities about my body were what was unhealthy?

Of course, the two "types" of health — physical and mental — are intimately intertwined, even inextricable, as health experts and doctors will attest. Studies show that mental health disorders are strongly associated with the risk and outcome of diseases like diabetes, heart disease and cancer. That suggests that focusing on mental health is of utmost important when it comes to physical health, and one may beget the other.

In 2019, the most-Googled health question was “How to lower blood pressure?” Google's top search results for this query included diet suggestions, weight loss and exercising more. But what about reducing stress? A randomized trial of adults showed that an eight-week program of relaxation response and stress management techniques lessened the amount of medication some of the participants needed to control their blood pressure.

“What is keto?” ranked number two among all health questions asked of the popular Internet search engine. The most Googled diet in 2019 was the Intermittent Fasting Diet, in which dieteres eat in specific time intervals. The second-most Googled diet was the Dr. Sebi diet, which consists of a list of approved vegetables, fruits, grains, nuts, seeds, oils, and herbs.  (Animal products are a no-no under Sebi.)

Unless one's goal is in weight loss or dieting is to fulfill a doctor's recommendation, it may well be healthier to have other resolutions related to other aspects of health — particularly mental health. Dieting is often driven by the desire of wanting to feel better — not just physically, but mentally. We want to go from feeling sluggish in the morning to excited for the day when we wake up, anxious to secure, being caught in a brain fog to feeling clear. There is science that suggests what you eat affects your mental health, but good mental health can lead to good physical health. Perhaps it’s time to reframe which one we prioritize — or at the very least, treat them both equally.

The status of mental health across all generations in the U.S. could be better. According to a Blue Cross Blue Shield Association report published in 2019, major depression rates among millennials have increased by 31 percent. Psychotic conditions have increased by 15 percent. Substance abuse has risen by 10 percent.

“The health status of millennials will likely have substantial effects on the American economy over the next two decades — including workplace productivity and healthcare costs,” the Blue Cross researchers stated. Separate research found that younger Americans are very lonely, and college students face an “anxiety epidemic.” The number of 18 to 26-year-old college students who report suffering from anxiety disorder has doubled since 2008. According to the CDC, 20 percent of people 55 years old or older experience some type of mental health problem; the most common are anxiety and depression.

Focusing on your mental health doesn’t have to mean getting a therapist if you’re not ready, although that is a great place to start. It could be as simple as spending more time in nature, exercising more (not to lose weight, but to generally feel good), volunteering, spending more time with people you love, or as Jenny O’Dell writes in her book "How to Do Nothing," do nothing in a way that refuses the act of being productive. In other words, follow the advice of a cheesy bumper sticker: be in the moment, do you.

In 2018, Mel Schwartz, a psychotherapist, explained to me that a lot of depression is situational (clinical depression aside). “Obviously there are many cases of people who are clinically depressed,” Schwartz said. “But the majority of depression is situational — it is not seeing your way out of debt, living in a culture of intense competition where you are being told if you don’t succeed you are a loser.” Schwartz added that situational depression is also about a loss of meaning and purpose, which can be enabled by the culture of capitalism. “The hyper-focus on winning and succeeding drives a lot of this emotional and psychological disaster,” he added.

This brings me to my next point: New Year’s resolutions have a tendency to cause more harm than good. When accomplished, setting goals in general can lead to many benefits. However, if there is failure to achieve that goal, anxious and depressive symptoms may follow, especially if it is prompted by motivational conflict, which is when someone has an urge to fulfill a goal, but there is an opposing factor to their achieving that goal — like the reality of everyday life. While we want to make change, it’s important to not set ourselves up for failure.

As author Jessica Knoll wrote in a popular op-ed for the New York Times: “The diet industry is a virus, and viruses are smart.” Today, expensive diet regimes, diet pills, and meal plans are sold under the guise of “wellness” and “being healthy.” I've written before about this exploitative aspect of the wellness industry, and why it is crucial to resist it. Better to focus on your mental health. There’s a lot of stress and change on the horizon — like the rise of the far-right and the threat of climate change — and we must be in a good place mentally to persevere.