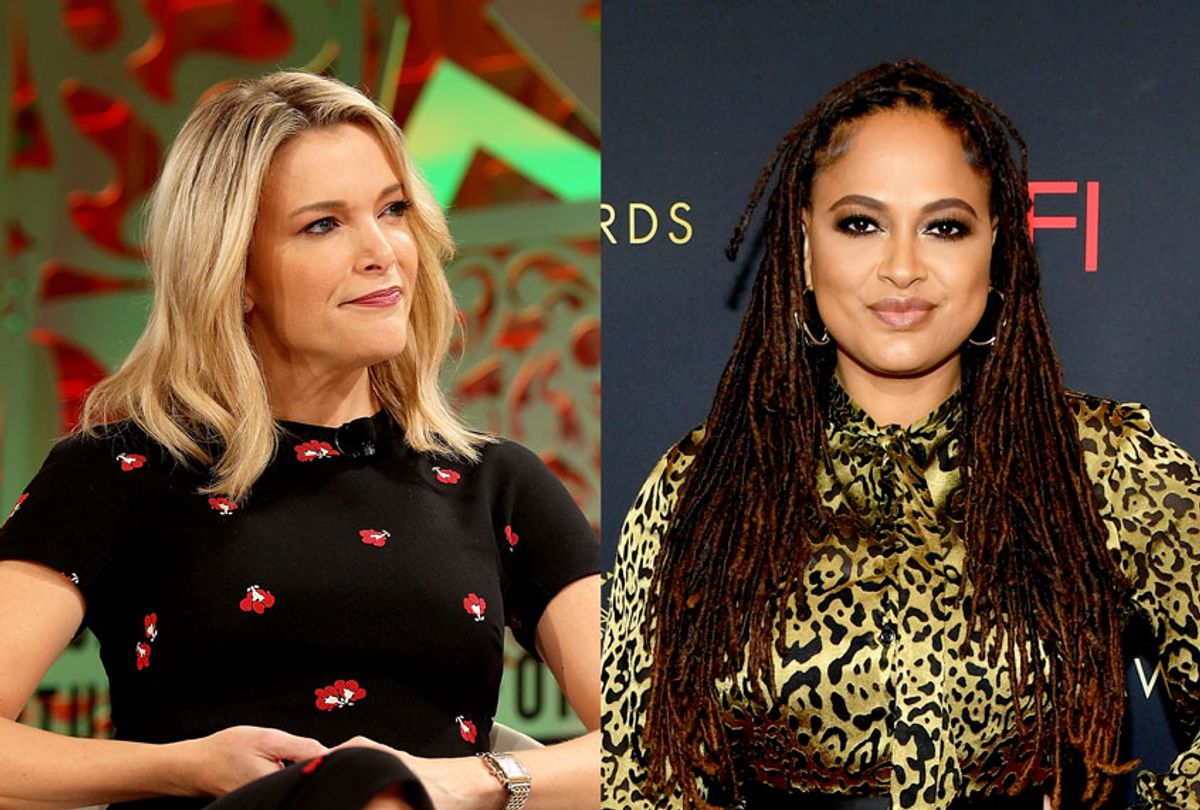 Kelly responded to Kaepernick's tweet by writing, "Because everything is racist. Everything. Even fighting back against terrorists who kill Americans. Nike, feeling proud?" Her comment referred to the shoe company choosing Kaepernick as its brand ambassador.

DuVernay jumped into the fray, responding, "Shame on you, Megyn," which of course did not shame Kelly at all.

"No, I will not be shamed over calling out bullshit claims of racism – which undermine the legitimate claims," she tweeted back. "Killing a terrorist is not about skin color; it's about protecting our country from a guy who murdered hundreds of Americans, period."

At this point, DuVernay begged to differ. "You should be ashamed. Educate yourself before you talk about racism and legitimate claims. You sound like what you are. Ignorant. Attention seeking. And desperate. That will be all."

Kelly retorted, "If you think Soleimani was killed because of his skin color, you're the one who needs to educate herself. Work on shaming someone else."

Kelly hasn't had the best track record of recognizing what constitutes racism, having aroused controversy in the past with her own racist comments. She was fired from the "Today Show" in 2018 after she defended blackface, asking a guest about the topic: "But what is racist? You truly do get in trouble if you are a white person who puts on blackface at Halloween or a black person who puts on white face."

She added, "Back when I was a kid, that was OK as long as you were dressing up as a character." After a backlash occurred because of her remarks, Kelly claimed to be puzzled by the response, telling NBC correspondents Andy Cohen and Jenna Bush that "I can't keep up with the number of people we're offending just by being normal people these days."

Also, while employed at Fox News, Kelly insisted that children be taught that Santa Claus was white, saying, "Santa just is white . . . OK, just wanted to get that straight." She later added, "Just because it makes you feel uncomfortable, doesn't mean it has to change. Jesus was a white man, too." She never addressed that Jesus Christ was Jewish, and the inspiration for Santa Claus, St. Nicholas of Myra, was Turkish.

Kelly has also gotten into trouble for portraying Black Lives Matter protesters as "thugs" and victim-blaming individuals who were targeted by racial violence. She briefly became something of a hero to the left, however, after she stood up to then-presidential candidate Donald Trump while he was running in the Republican primaries.

Kaepernick became known for his political acitivism when he first began kneeling during the National Anthem before football games to protest law enforcement's mistreatment of people of color, and therefore his criticism of the president continues along those lines. The athlete is hardly the only person to raise concern about Trump's actions in Iran though.

Speaking to Salon on Sunday, Michael Desch — a professor of political science at Notre Dame University who specializes in American foreign policy and American national security policy — addressed Trump's threat to "hit" an Iranian cultural sites if there's retaliation to the assassination. Desch said, "any response, particularly against non-military sites or sites where there's a high likelihood of collateral damage (particularly among civilians), could be self-defeating in the sense that a lot of the rest of the world would regard it as overkill."