Nick Merrill, a spokesperson for Clinton, calls the lawsuit "ridiculous" 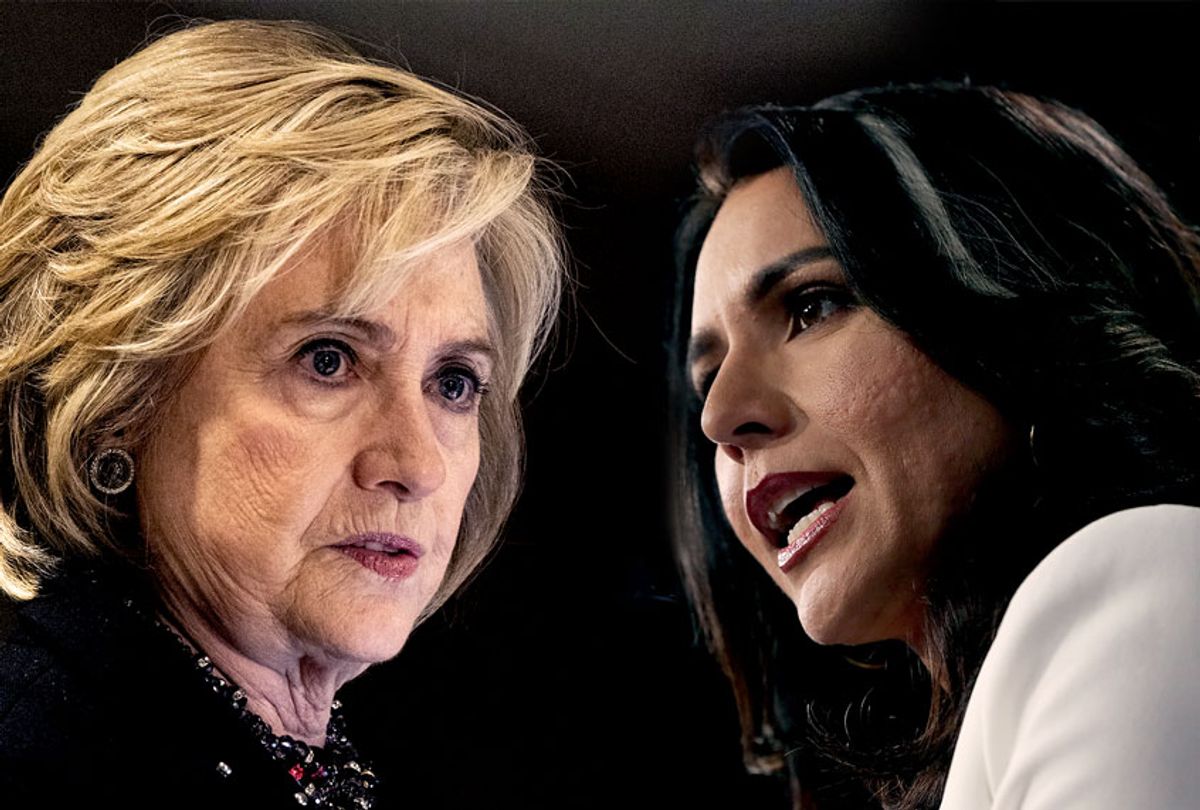 Rep. Tulsi Gabbard, D-Hawaii, has sued former Secretary of State Hillary Clinton for millions over alleged defamation following the 2016 Democratic presidential nominee's apparent assertion that she was a "Russian asset."

The lawsuit, which was filed in the U.S. District Court in Manhattan on Wednesday, claims that "Clinton's false assertions were made in a deliberate attempt to derail Tulsi's campaign" for the 2020 Democratic nomination and the congresswoman suffered "actual damages" of "$50 million — and counting" as a result.

The filing describes the former first lady as "a cutthroat politician by any account" who had "never forgotten" a "perceived slight," pointing to Gabbard's decision to endorse Sen. Bernie Sanders of Vermont over Clinton during the 2016 Democratic presidential primaries.

It also claims that Clinton "lied about her perceived rival" with alleged motives of "personal animus, political enmity or fear of real change within a political party Clinton and her allies have long dominated." Clinton's actions, the lawsuit alleges, were conducted "publicly, unambiguously and with obvious malicious intent."

Nick Merrill, a spokesperson for Clinton, dismissed the lawsuit as "ridiculous" in comments to NBC News.

In a podcast interview with David Plouffe in November, Clinton claimed that Republican Party had "their eye on somebody who's currently in the Democratic primary and are grooming her to be the third-party candidate."

Clinton also described the candidate, who she did not identify, as "the favorite of the Russians. They have a bunch of sites, and bots and other ways of supporting her so far, and that's assuming [former Green Party presidential candidate] Jill Stein will give it up, which she might not, because she's also a Russian asset. Yeah, she's a Russian asset, I mean totally."

Though Clinton did not mention Gabbard by name, the 2020 candidate's popularity among many conservatives and numerous appearances on Fox News led to speculation that she was the individual being described by Clinton in that interview. Merrill seemed to confirm this when he said "if the nesting doll fits" after being asked about Clinton's comments. A nesting doll, or Matryoshka doll, is an iconic toy from Russia.

Gabbard has been very outspoken in her criticisms of Clinton, earlier this month describing her as a "warmonger."

She told Fox News host Tucker Carlson that "it is her record that is proof of that. You showed the clip about Libya. Look to her influence on going to launch regime change in Syria, Libya. You look throughout — obviously, her support for the war in Iraq — throughout her history, her track record is well known. And I think this is why a lot of people, back in 2016 in the general election, decided that they would vote for Trump because of what he was saying on the campaign trail about ending stupid wars and bringing our troops home."

In the immediate aftermath of Clinton's interview with Plouffe, Gabbard demanded an apology from Clinton, who she called "queen of the warmongers" and an "embodiment of corruption."

She also described Clinton's comments as part of a "concerted campaign to destroy my reputation."

"It was always you, through your proxies and powerful allies in the corporate media and war machine, afraid of the threat I pose," she said. "It's now clear that this primary is between you and me. Don't cowardly hide behind your proxies. Join the race directly.