"Every single time I was with him . . . he always gave the president the unvarnished truth" 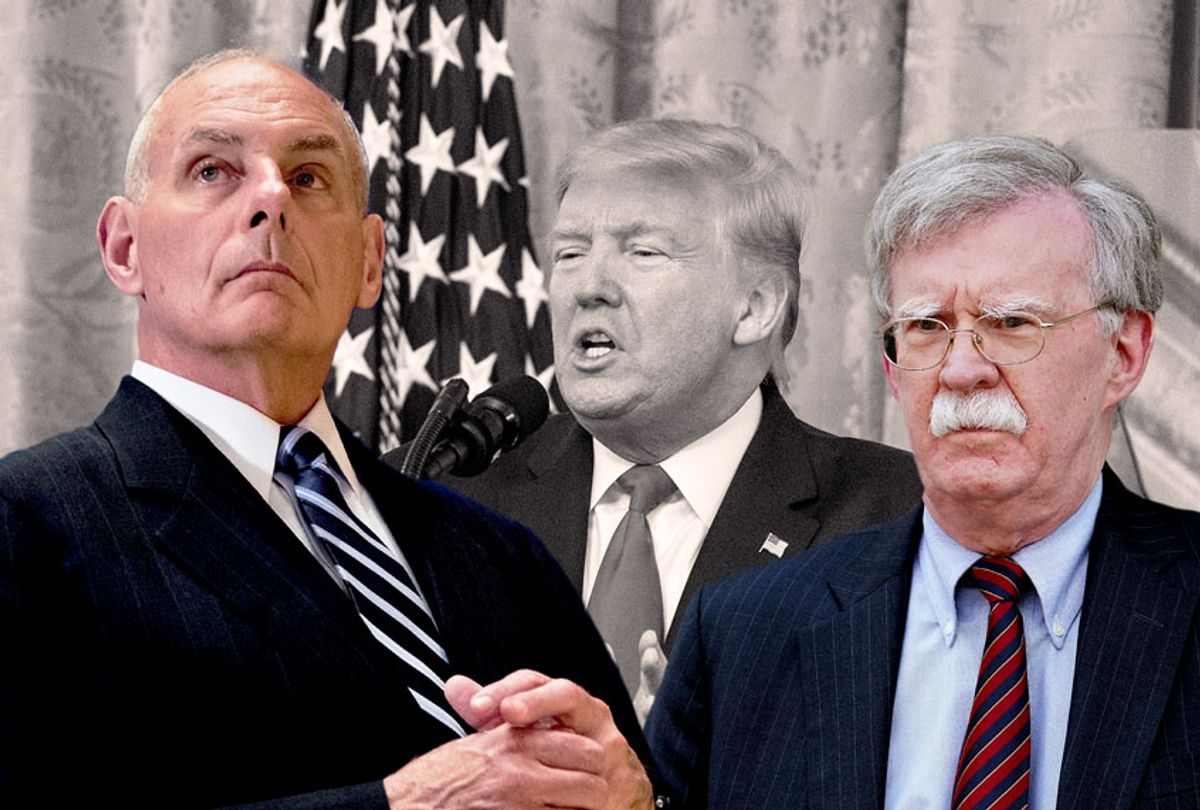 John Kelly, President Donald Trump's former chief of staff, has sided with John Bolton after it was revealed that a leaked a manuscript of the former national security adviser's upcoming book contained the accusation that Trump wanted to maintain a freeze on $391 million in aid to Ukraine until its leaders agreed to help investigate the Bidens.

"If John Bolton says that in the book, I believe John Bolton," Kelly told an audience in Sarasota, Fla. on Tuesday, according to the Sarasota Herald-Tribune. He later added that when it came to the question of Bolton's credibility, "every single time I was with him . . . he always gave the president the unvarnished truth."

Kelly, who made his comments at the Van Wezel Performing Arts Hall as part of the Ringling College Library Association Town Hall lecture series, spent six months as Trump's secretary of Homeland Security before serving as Trump's chief of staff from July 2017 to January 2019. At one point, Kelly was an influential figure in Trump's administration, particularly in calling for the firings of Steve Bannon (Trump's former senior adviser), Anthony Scaramucci (Trump's former communications director) and Tom Price (Trump's secretary of Health and Human Services).

He reportedly clashed with Ivanka Trump and Jared Kushner, the president's daughter and son-in-law who both serve as White House advisers, including over their controversial security clearances, which led to his exit. Early indicators that Kelly's clout was on the decline included his being kept out of the loop about a phone call between Trump and Russian President Vladimir Putin, as well as Trump's decision to replace former national security adviser H. R. McMaster with Bolton. Kelly reportedly did not approve of the personnel change.

Prior to the leak about his impending book, Bolton was known to have been opposed to Trump's Ukraine policies. According to Fiona Hill, Trump's former top adviser to Russia, Bolton at one point told her to inform White House lawyers that he did not want to participate "whatever drug deal Sondland and Mulvaney are cooking up." (Gordon Sondland is Trump's ambassador to the European Union, while Mick Mulvaney is Trump's acting chief of staff.)

Bolton was also reportedly critical of Rudy Giuliani, the former mayor of New York City turned personal lawyer of the president. After learning that Giuliani was running a shadow foreign policy in Ukraine, Bolton allegedly said that "Giuliani's a hand grenade who's going to blow everybody up."

Trump has attempted to discredit Bolton, tweeting Wednesday morning that he was "a guy who couldn't get approved for the Ambassador to the U.N. years ago, couldn't get approved for anything since, 'begged' me for a non Senate approved job, which I gave him despite many saying 'Don't do it, sir.'" He also wrote that he fired Bolton because "if I listened to him, we would be in World War Six by now."

Trump was impeached last month for allegedly abusing his power and obstructing Congress after he was accused of withholding $391 million in military aid from Ukraine in order to pressure that country into investigating his political rivals.