Why can't we quit the royals? This soapy docuseries sheds light on the clan even odder than yours 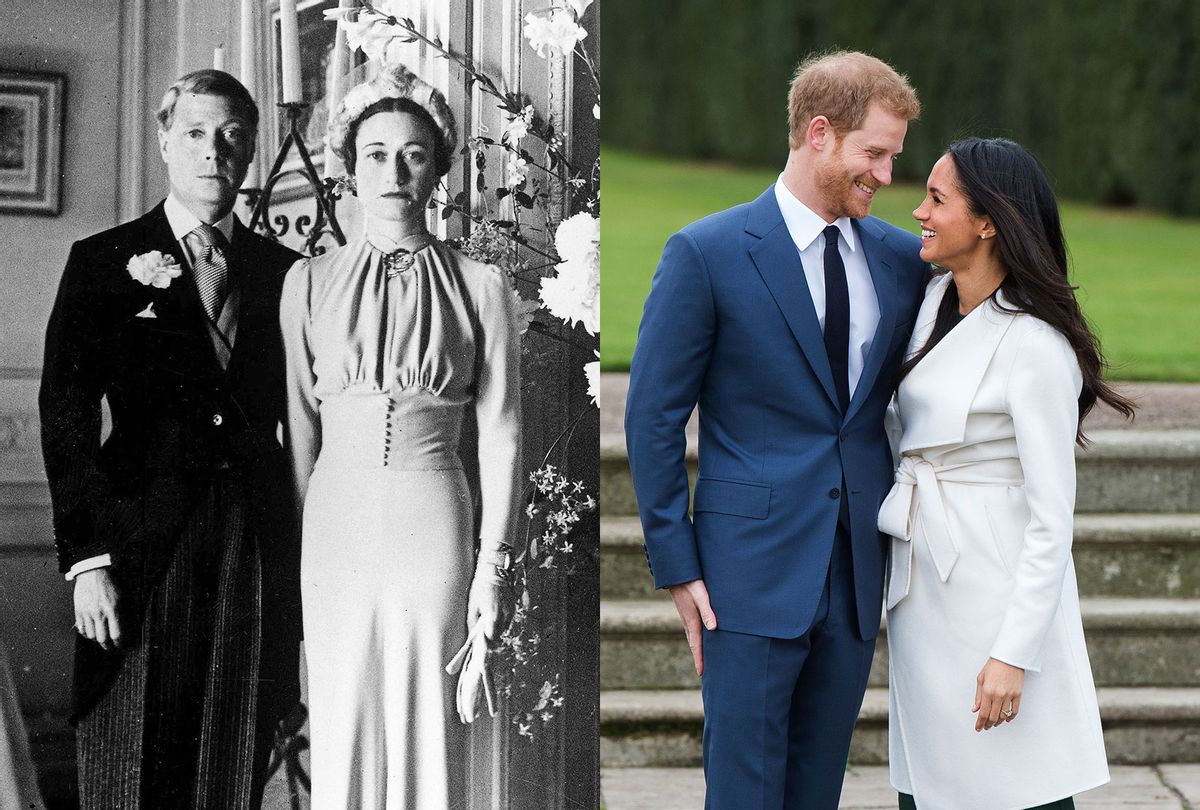 "The Windsors: Inside The Royal Dynasty" knows damn well you don't want to wait 100 years to get to Meghan. The Duchess of Sussex — well, a dreamy, imagined version of her as she prepares to walk down the aisle on her wedding day — is the first figure we see in CNN's new six-part documentary series, before the story time jumps back a few generations. "But all that glitters is not gold," our narrator Rosamund Pike warns, as our American television star embarks on an alliance with a family that "will do whatever it takes to survive." Corny? Yes. Unsubtle? Absolutely. A deliciously soapy reality show involving a dysfunctional clan with posh accents? Sign me up.

What is it about the British monarchy that is still so compelling to so many of us, on any side of the pond? The royal family is at this point in history mostly just a set of wisdom teeth — vestigial, purposeless, most interesting when something painful happens or a removal is required. Yet that heady mix they provide of obscene wealth, pointless ceremony and, as the series promises, "scandal, war, adultery, and tragedy" reliably sucks us in. They fascinate because they live so very far outside our own experience, until we are reminded that their joys and heartaches and mistakes are exactly like ours. There's a reason Shakespeare wrote plays about these people. You may beg to differ, groan when their faces appear on magazine covers, but the Windsors are plain interesting as hell.

The series could not be more serendipitously timed for the cable network. On the heels of "Megxit" and just in time for friend-of-Jeffrey-Epstein Prince Andrew's 60th birthday, the most famous non-Kardashian family in the world is in the midst of a genuinely transformative moment. It's fitting then that "The Windsors" begins its story with another era of reckoning.

It begins back in 1917, when the rising toll of World War I made the family's then brand name, House of Saxe-Coburg and Gotha, "a PR disaster waiting to happen," and the abdication of King George's cousin Nicholas II in Russia lent to a wave anti-monarchy sentiment across Europe. The king's uncle and his family eventually met a notorious fate, vividly explained in the first episode. "It took a long time to kill his son, the czarina and the princesses," a historian murmurs. "They all had jewels, diamonds, sewn into their underwear, so their death was more agonizing than it might have been." Back in Britain, meanwhile, the inoffensive, patently English and royally associated name of Windsor was adopted. George's son Edward grew up groomed as future king to a new generation. And that didn't exactly go to plan either, especially after Edward met a bewitching married American woman. See? This is some juicy stuff here. And we're just getting started.

Combining subtle reenactments — shots that suggest the key players rather than show them outright — archival footage, and interviews with historians, friends, and distant relations, "The Windsors" follows a comfortingly familiar format. Yes, the granddaughter of Prince Edward's cousin is there to offer some insight, and yes, I did already know exactly who she is. For those of us who've spent our entire lives inhaling tales of this family, the series doesn't reveal much about the Windsor gang's last century you won't already know (or glean from watching "The Crown"). Edward will abdicate for the love of Wallis. Shy, stuttering Bertie will step in. Stoic Elizabeth will ascend to the throne and stay there longer than any of her predecessors. Her son will marry a sheltered nursery school assistant, barely out of her teens, who will become an international icon and die tragically young. And their boys will become men who go on different paths — one dutiful and traditional, the other modern and unprecedented.

Yet having seen the first two episodes, I still found myself drawn in, spellbound in the way that a season of "Succession" (the word serves as the surely not coincidental title of "The Windsors" first episode) does. There's something about the cyclical nature of human behavior that these corgi-hoarding weirdos exemplify, often in the most surprisingly bittersweet of ways. Each generation seems to offer its own version of the age-old question, "Which one of my garbage sons are you?" Each has a charismatic woman, hounded by a savage press. Wallis Simpson, chased around France by the paparazzi, foreshadows Diana, who in turn serves as an eerie warning to Meghan. Desire and obligation constantly battle for supremacy, creating tensions with global implications. Politics mixes with sex mixes with race mixes with class.

CNN has previously mined closer to home for its dynasties, delving into the Kennedys and the Bush brigade. For contemporary appeal, though, nobody can beat the Windsors. The Bush family has frankly less drama, and the Kennedy mystique seemed to die with JFK Jr., more than 20 years ago. In contrast, the royals right now, today, are not some style page afterthought. Theirs is a story of what — if anything — are the consequences when a member of your family is accused of sexual abuse. It's one of the hardships of new motherhood, of loneliness, of the limits of loyalty, of quitting the family business. It's one that absolutely will undergo significant change over the next few years. But even if their reign may someday soon end, the Windsors never stop ruling our imagination, and "The Windsors" shows why.